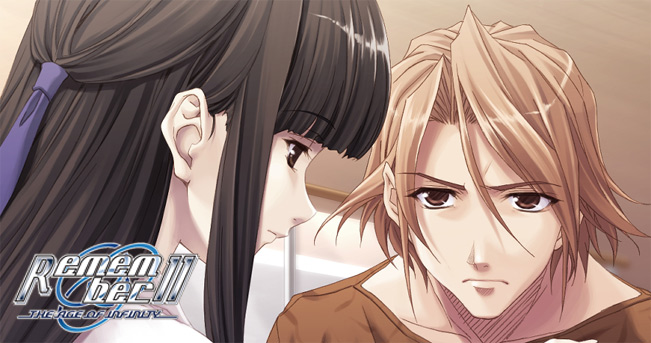 Game Summary: Fuyukawa Kokoro, a third-year sociology major, boards a plane bound for Hokkaido to meet a research subject in the Specified Psychiatric Hospital for Isolation and Aegis, or SPHIA. For unknown reasons, her plane crashes in the mountains in the middle of a snowstorm. Of the 31 passengers, only she, Kusuda Yuni, Yomogi Seiji, and Mayuzumi Lin survive unharmed. Unable to establish communication with the outside world due to the fierce snowstorm, the four decide to take shelter in an empty cabin and wait until the storm passes.

Yukidoh Satoru, a graduate student in the field of quantum physics, falls from the SPHIA clock tower. He later awakens with some memory loss and the realization that someone is out to kill him. Unable to leave the SPHIA facility due to a snowstorm, Satoru’s only chance at living is to find that person among the three other residents (or perhaps the hidden culprit) of SPHIA.

Shortly after, Kokoro and Satoru realize that they are somehow exchanging bodies and Yuni appears to be at both of their locations…