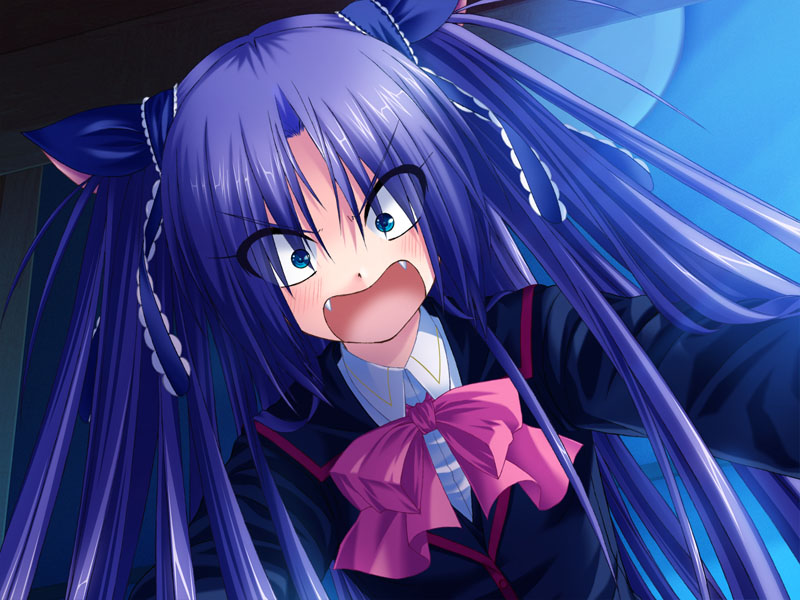 For a more in-depth discussion of Fuwanovel’s history with torrents, please see Tay’s February 2015 Open Letter, which was posted on Reddit and other VN communities, and which is republished below:

I’ve enjoyed the r/visualnovels community for a long time now but usually as a lurker, not a poster. Guess that changes today. Also — the automod is freakin’ terrifying here. I’ve found it hilarious until I actually needed to post… : S

I’m going to start with a fairly detailed self-introduction because I think it’s important that we understand each other. If you’re uninterested, the tldr version is “Yes, torrents and piracy are being phased out during a two-part move to a new domain. There’s a lot of ill will towards the site out there, which I understand, but all I can control is how the site moves forward. My goal is good-will gestures, especially towards small devs which could benefit from our large social media presence and blog traffic, and long-overdue discussions with TL groups – most especially those whose torrents were put on the site.” There are more details down in the bottom-most section “Fuwa going forward”.

For those more inclined towards context (or who are just feeling like a good ole wall of text), I appreciate your time and will get started.

1 Who I am and what I do at Fuwa: I’m Tay, the admin over at Fuwa. I joined back in the fall of 2012 because I liked that it was small and friendly, and I thought I could help shape its future. I became an admin a few weeks after joining. Aaeru was often sick — sometimes for weeks at a time — and during her absences I took over more and more responsibilities, and by the Fall of 2013 when she left for good, I was the site leader. I’ve “officially” been the admin of Fuwa since then, but like I said, I’ve been invested and involved since its 2012 reboot.

2 My personal stance on piracy: Aaeru had a lot of (very public) stances on piracy and IP which I tried on briefly (a few weeks) but rejected. I’ve been anti-piracy in my personal life for years, especially in the realm of visual novels where the margins are so close for each release. And I really do mean anti-piracy. To the point where I joined the exclusive club of people who actually purchased and paid for photoshop (there are like, four of us).

The irony that I was the guy running Fuwa (a site which was sufficiently blacklisted that I can’t even use its full name without risking auto-mod death) (I’m a huge Harry Potter fan, so actually I won’t lie that it’s kind of cool to be the boss of “the-site-which-must-not-be-mentioned : P) is not lost on me.

3 Changes during 2013 + Early 2014 I know a lot of you have experience running communities, so you’ll understand when I say that a transition from one admin to another can very easily become a prolonged and confusing mess. Well, that’s doubly true for Aaeru’s departure. She never clearly cut ties, she just disappeared. We didn’t know when she was coming back, or what she wanted done with the site, etc. I didn’t own the domain or hosting, so there was another layer of uncertainty. We spent months trying to figure out if she was really-really gone, and what that meant.

Sometime late that fall or early winter, like I said, I decided that Aaeru was gone for good and we needed to move on. I owned the sister .net domain, and after long and difficult discussions made the decision that we were going to migrate to that domain and drop torrents. This is January 2014. (You read that right.)

4 A long year: 2014 That move was a failure, which was mostly my fault: I was in the middle of a cross-country move, my life was hectic, I underestimated the server load we’d need for such a big site, and I simply didn’t have the time or know-how to troubleshoot. Our old host was gracious enough to take us back for as long as we needed to get our ducks in a row before doing the move once and for all.
It took me a little time to get my life in order after moving across the country. Once that was settled I realized that we were having several server problems which made any changes to the site or forums (or even posting blog entries) extremely difficult. This was around the time that the Grisaia news broke and people began to get very upset that Fuwa hadn’t taken down the torrent (from the very beginning Fuwa had a no-licensed games policy, so this was a double-affront to many). There was never anything personal about that torrent, we were paralyzed. Raymond over at Sekai reached out to me at one point (I have a lot of respect for him and he was very kind) and I turned off certain services in order to make that happen. I should have done it earlier, but the method hadn’t occurred to me before. I apologized to Raymond, I apologized publicly (and I’ll do so again here), and I did my best to contact the legion posters who were up in arms because Sekai “pressured” Fuwa to take the torrent down. They didn’t. It was an ugly episode and one I deeply regret.

There were lots of other issues. I won’t bore you with the details. But I started talking with some professionals about the site, the dilemmas we were facing, how to handle the dropping of torrents, etc. I realized that there were a lot of issues and possible complications facing the staff (who had long become my friends) due to the limbo of the site ownership. The move needed to happen, and it couldn’t go wrong this time.

5 2015 So Far Several recent events further catalyzed the urgency to make the transition, and, well, here we are. We’ve made the move over to “.net” (the front site is being migrated and will be done by 3/1). The “.net” site will have no torrents, no illegal downloads.

The moment this story broke a whole bunch of people started talking about how they hoped Fuwa would now fade into oblivion. You’re welcome to feel that way, but personally I’d like to see us accomplish some good will outreach and reparation, first.

1 All change in life is ironic to some degree or another. I’ve led the site for years and I need to take it down my own path.

2 Regardless of your feelings about Fuwa, it’s a pretty huge site and community. We’ve got a large social media presence and significant blog/forums traffic. My goal is to – as much as possible – leverage that audience to support VN devs, especially small devs, with publicity and “hype maintenance” (I’m sure there’s a better word. I mean keep a steady stream of updates so projects don’t fade into the black, etc. )

3 I’ve started the process of reaching out to every extant dev whose work was hosted on a pre-patched torrent. Some groups were fine with it from the start, others deserve an apology. They’ll get one.

4 The Fuwal site is in the midst of a total design overhaul. The new front site will be dedicated to helping new players understand VNs, and helping experienced players find VNs through legal means. That includes A) linking to licensed games’ company websites, Steam pages, and other distributors as applies for each game, B) import sites for non-licensed games, C) small OELVN teams’ websites (with instructions for how to donate to thank the dev, if the dev has such a system in place). We’re also focusing on a user-friendly database of VNs on iOS and Android to make it easy to find/buy those games.

5 Speaking of which, I’ve been talking recently with some mobile VN devs, and they really need/deserve publicity. While we’ll be doing our part on our blog and social media, I think we need a general rallying call across other VN communities to spread awareness and support these teams.

6 We’re building a VN Reviews hub which hosts some blogs but also contains truncated rss feeds of as many VN reviewers as will sign up. It’s still a work in progress, but the entire goal of the site will be to drive traffic to the blog authors. We won’t use or claim any of their content, and we do have additional features planned to highlight some of the very talented reviewers out there.

There are more changes and planned good-will gestures, but I’ve hit 1300 words and I need to stop. The point I’m trying to make is that for however long Fuwa lasts, I’ll do what I can to make it a positive force in our landscape. There are going to be people unhappy on all sides with the decision to drop torrents and move to supporting the industry, but that’s how it is. I don’t expect this post to change anyone’s feelings on Fuwa, but it needed to be written, regardless. Thank you very much for your time. 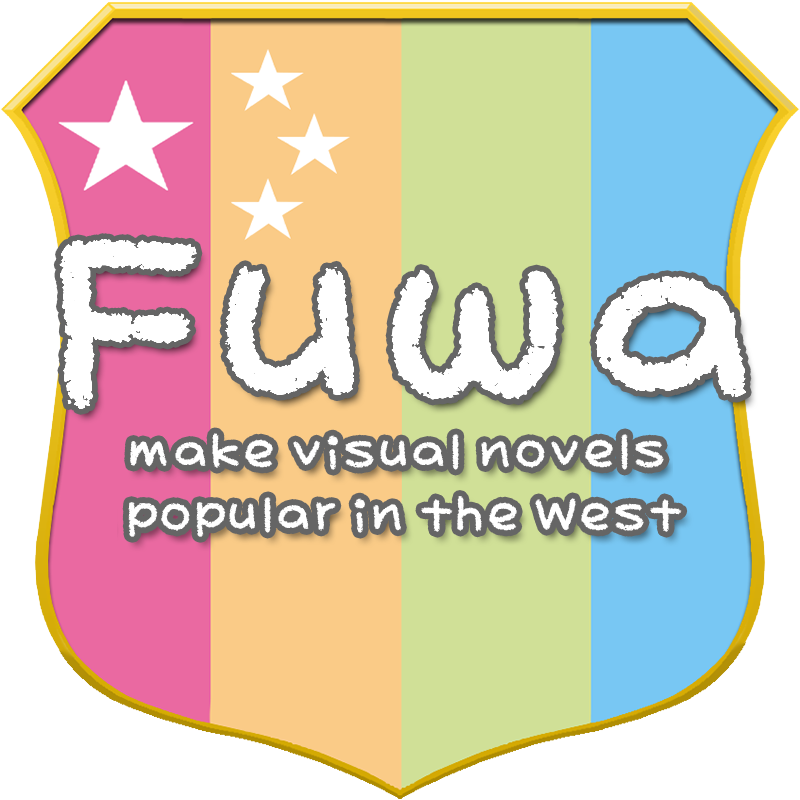 Despite undergoing many iterations, the core goal of Fuwanovel has always been to celebrate and support visual novels as a genre in the West.

What began as one person’s musings on the intersection of art and the law has grown into one of the most robust and vibrant VN fan communities on the net.

The site, and all of its content, is dedicated to the hundreds of people who have built it up over the years, and to those who visit it day in and day out.