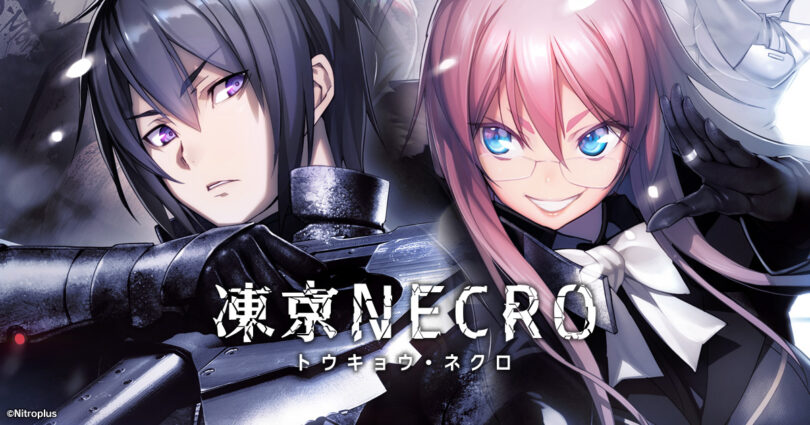 Video games get delayed — this is a painful truth we face in the industry. We are forced to swallow it, but it is even harder when the title in question is one of the acclaimed hype titles of the year scheduled for the holiday season.

AND FINALLY, THE GRAND FINALE, THE ONE YOU'VE ALL BEEN WAITING FOR

IT'S DONE.
IT'S RELEASING SOON.
GET READY. pic.twitter.com/iPr4m8MXOX

On new year’s eve, the visual novel publisher JAST USA posted a brief apology concerning the delay of their upcoming flagship Nitroplus title Tokyo Necro on their website. Originally, they eyeballed a release window for 2022, but evidently they couldn’t make it happen in the end.

However, fans don’t need to be afraid that JAST USA may have regressed back to their previous status as a snail pace publisher that constantly missed their release windows by a long shot. If judging from recent experience and internal communications, this can be surely written off as an unwelcome exception because Tokyo Necro gets an equal commitment to quality as Full Metal Daemon Muramasa. The publisher is working hard to be able to offer an experience as close to perfection as possible. Their apology states the following:

We would like to apologize for the delay in the release of Tokyo Necro, originally announced as a 2022 title. We are working closely with Nitroplus to deliver the best possible experience for players, and will offer a new release schedule as soon as details are finalized.

Along with releasing the game on the JAST Store, the game is confirmed for release on Steam and GOG. There will also be a limited run physical release in production. Join our Discord or Twitter to get the details as they come available the coming weeks.
– The JAST Team

Tokyo Necro is a science-fiction cyberpunk eroge. In a world where Tokyo is an icy hellscape of crime and peril, the player is to investigate and deal with the chaos and mystery surrounding it.

The ice-cold Tokyo of gunpowder smoke, living dead, crime and cybernetics. Now begins the battle of the living dead stalkers and the heroine with their lives at stake. (from VNDB)