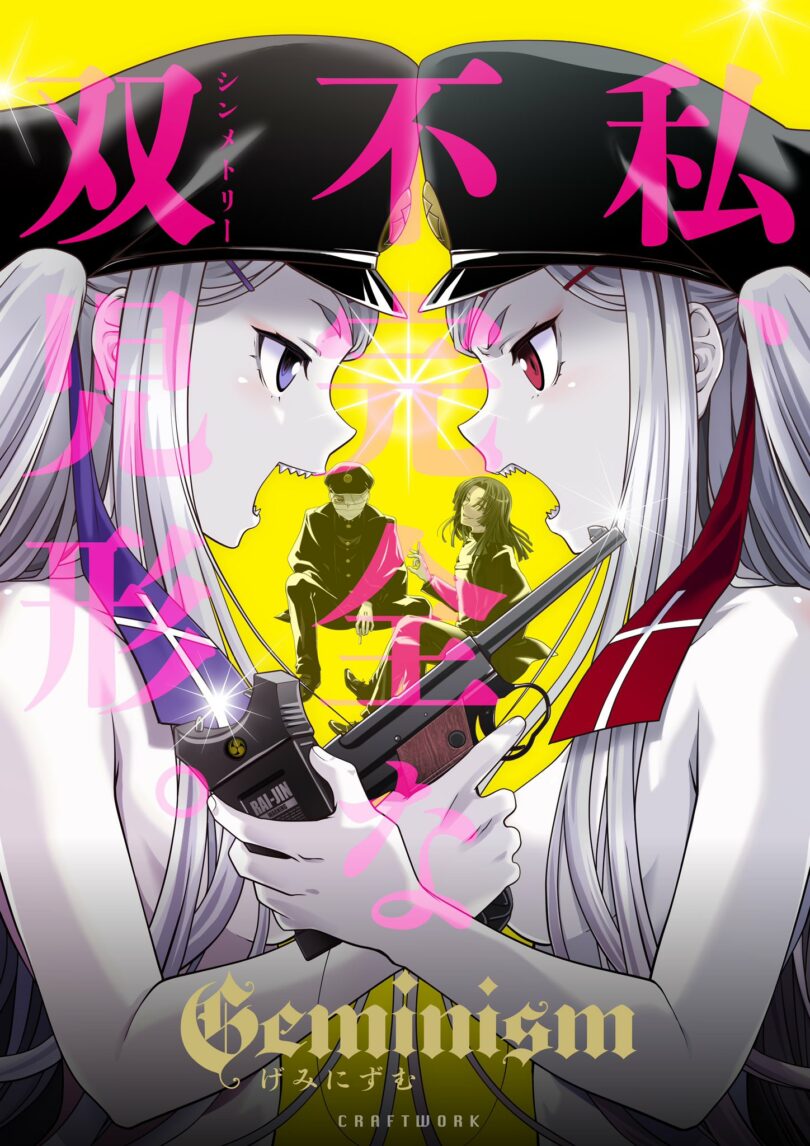 CRAFTWORK, developer of For Elise ~Elise no Tame ni~ and Sayonara o Oshiete ~Comment te Dire Adieu~ has announced that its upcoming R18 ADV, Geminism, will release in “early Summer 2023“. Full Japanese, English, and Simplified Chinese language support will be available at launch.

Geminism was originally announced last year on January 7 and finally, a release window has been decided!

Two twin sisters, Hirosoma Kikyou and Hirosoma Shinku, clash together in a nook of a midnight city. The fight is watched over by two mysterious men, Yamaga and Tsukishiro. Just what is at stake in their battle?

[Translated from BugBug May 2022 Edition – from The Visual Novel Database]

The development staff has also been confirmed, featuring:

A limited package version will also be released, as will a browser and download version. 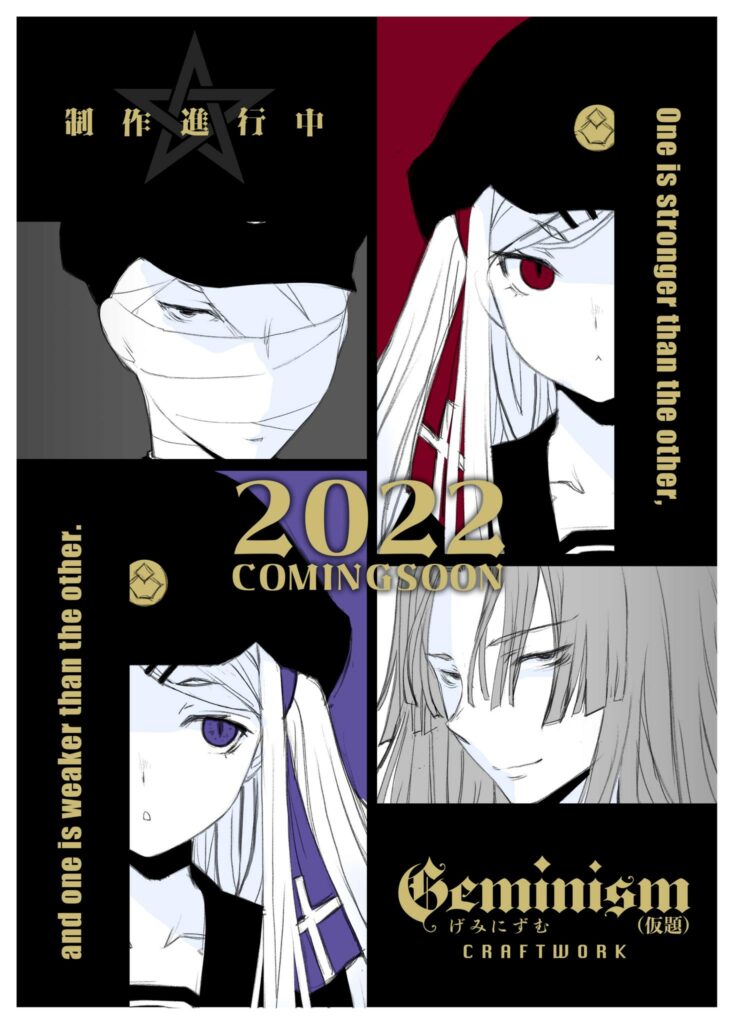 Asahi has previously written for manga, including Higurashi no Naku Koro ni Oni. He began writing and drawing for artistic ADV in 2021, such as the beautiful Kusatta Kajitsu -Rotten Fruit- and Kyojin-tachi ZERO Div1. Geminism is his debut R18 game.

For those who like eroge with a strong aesthetic direction, Geminism is one to look out for.