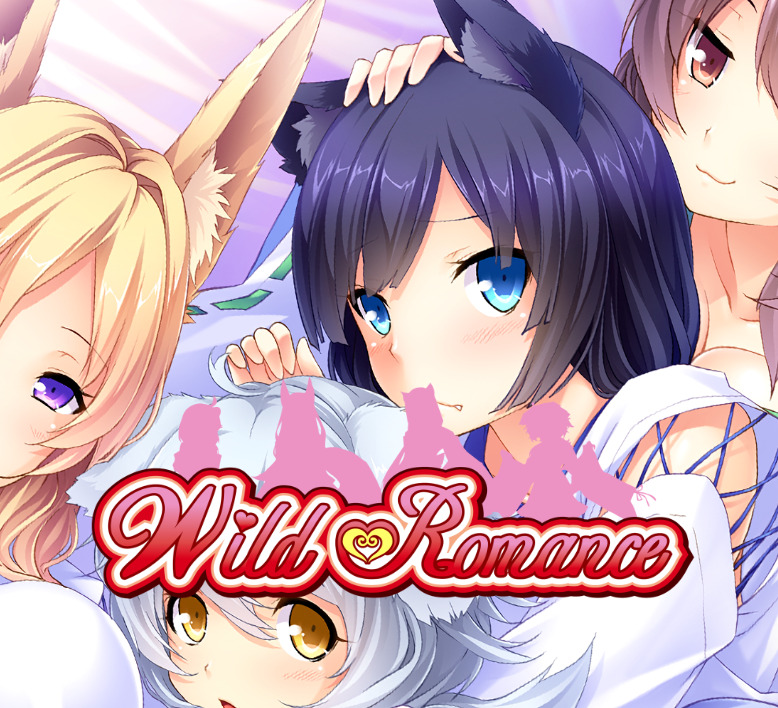 What does a person desire most? This is a question I usually ponder in the shower. For me, it boils down to a few things: wealth, success, being the next president of Zambia, and having four ridiculously hot kemonomimi-having, demi-human goddesses-in-training after my manhood.

“Kemomimi Harem Vacation ~Inaka de Nonbiri Mofumofu Kemonomimi Shoujo-tachi to Kozukuri Zanmai~” or as it was localized, Wild Romance, happens to be about almost all of the above. Wild Romance revolves around a guy named Kazuma who has recently returned to his hometown. There, he reconnects with his childhood friends—who all happen to be really hot women. But these women aren’t ordinary … they’re demi-humans working for God himself! 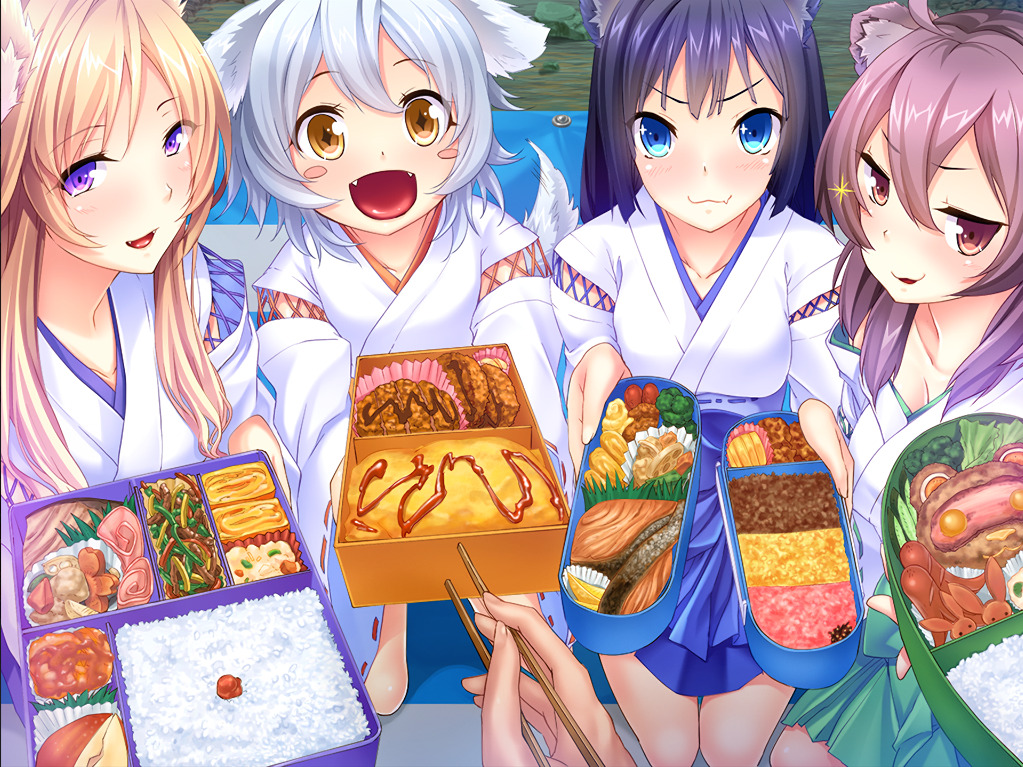 Before we get into the game, let’s talk about its technical aspects. Wild Romance was originally developed in 2016 by the Zoo Corporation brand, Norn. The game had a few separate releases from Cherry Kiss Games: the SFW one, which I’m covering, an NSFW edition (the “Mofu Mofu Edition”) and, as of December 12, 2022, a Nintendo Switch version. The latter is a real novelty since the publisher is StickyRiceGames, and it is their first game on the console. A new branding?

Wild Romance was written by Saki Takashima, who is most known for the works Dearest Blue, White Blue, and Ane Yome Quartet. The other half of the team is the artist Touya Kyougoku, herein credited as Kyo Touya.

The main attractions of this game are obviously the cute girls, so let’s talk about them a little:

First, we have Aoi, a sweet, doting dog-girl who loves to lick the main character. She’s the energetic airhead of the group.

Next, there’s Nazuna, who lacks emotions and is always sleepy. She’s really good at science, and uses a lot of lingo that implies she’s tech-savvy.

Next, we have Mommy—I mean, Sumire, the dominant, soft-spoken onee-san. She is a fox-girl, which fits her rather foxy personality.

And last but not least, there’s Tsubaki. She’s a tsundere who is very interested in marrying Kazuma; he promised to marry her long ago.

The best girl in the game, in my opinion, is easily Sumire. I’ll fight and die on this hill. 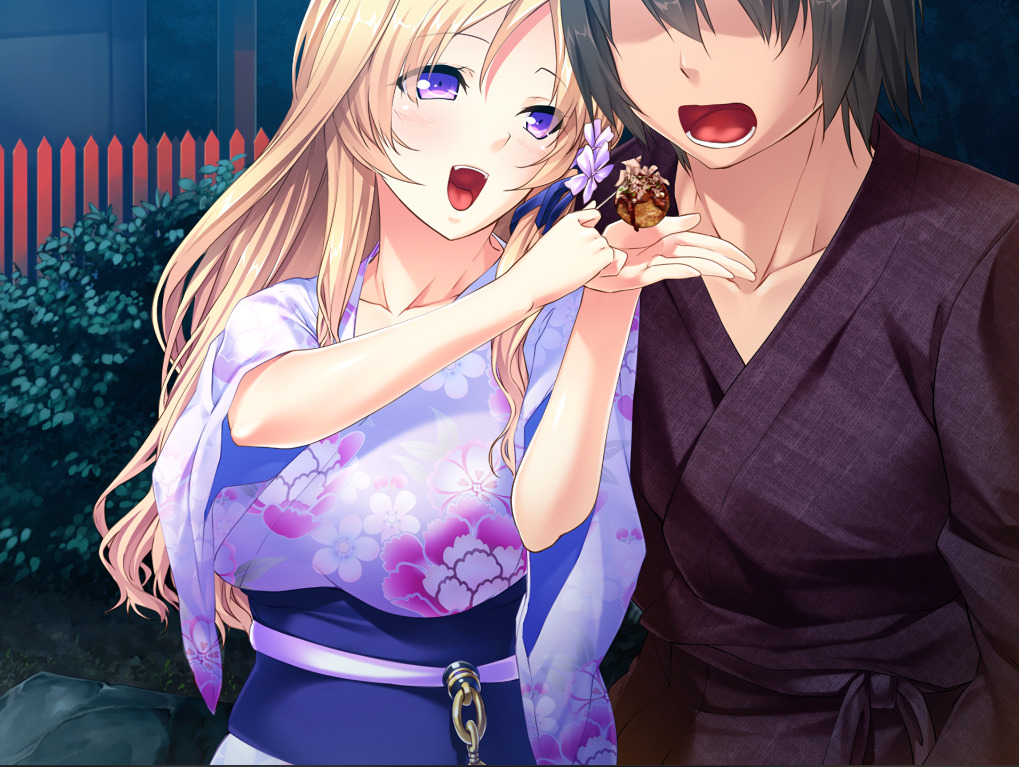 Most of the game is focused on Kazuma’s attempts to placate God, after the girls accidentally reveal their powers. Getting on God’s good side entails using vacuums to catch ghosts, helping old grandmas run candy shops, going to the top of mountains to meditate, finding matchboxes for flame deities, and a few other things that most players probably consider basic errands. 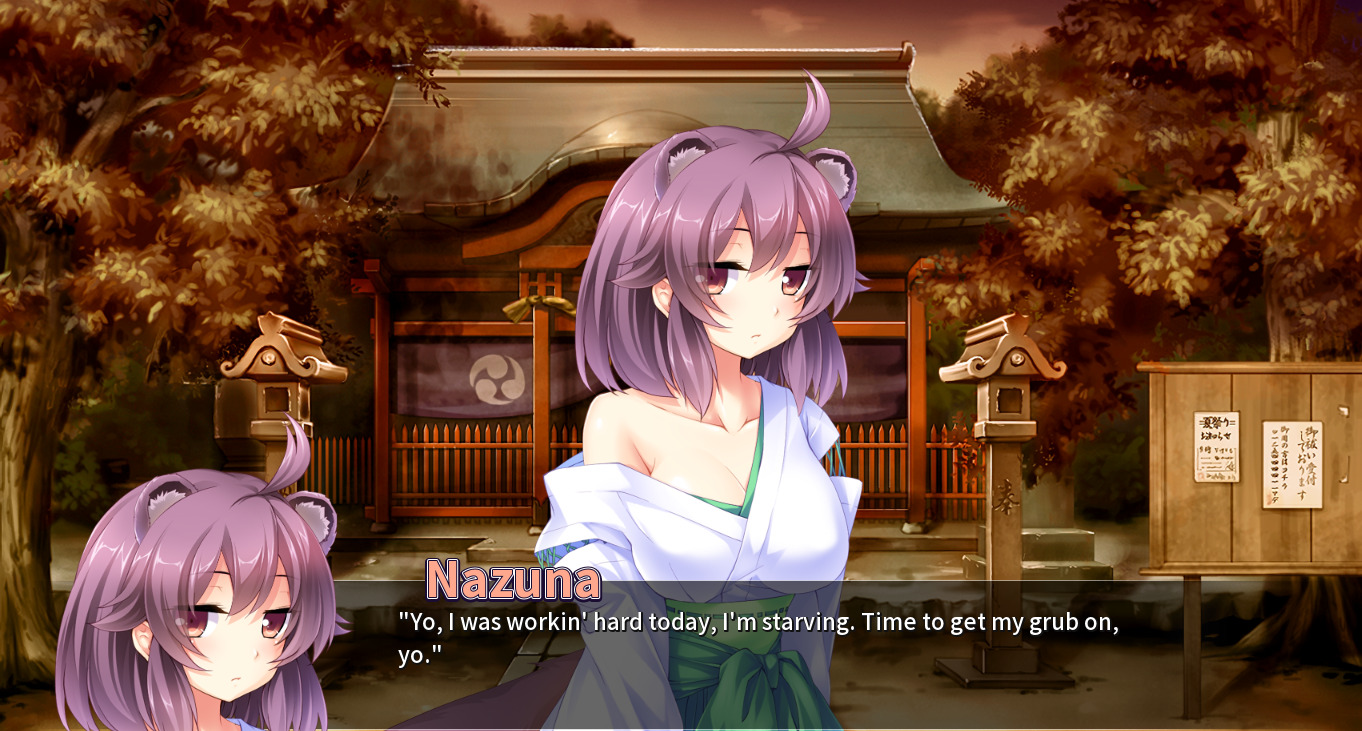 All in all, I’d say Wild Romance is worth playing. It’s not the most profound title, and it definitely ends a little too quickly. Despite the game’s short length, however, the story manages to be entertaining, and the characters are more than just cardboard cutouts.