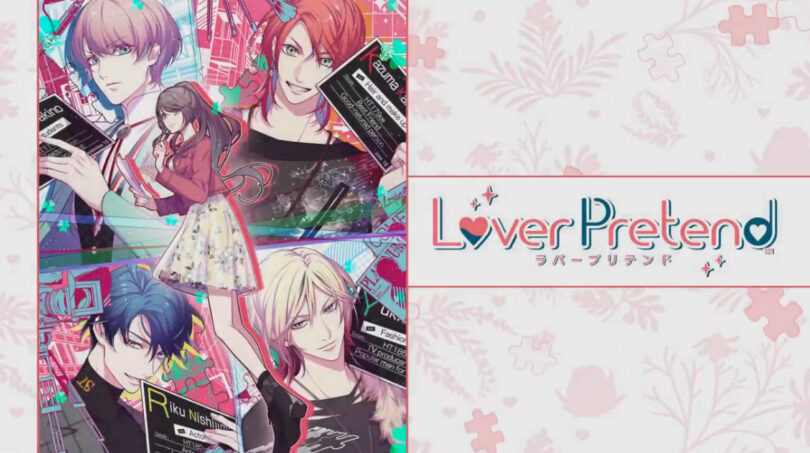 Welcome to the Fuwanovel VNTS, where we shamelessly copy the work of one illustrious 4chan /jp/ member in collating translation progress and add minor dabs of value through corrections and additions. Entries with updates this week in bold. This week’s cover image is Lover Pretend, because it was a slow week and we don’t really know what else to pick that’s not a partial or a project creeping slowly towards completion. Last week there was no VNTS because of a depressive mood that wafted around one of the writers (mine) and thus Zaka posted his section in the forums last week. We want to promise that this was an exception, but the way the world currently goes and the situation we’re in that would be a shallow lie. Maybe I need to learn how to care less about these things, but they do affect me more than they should. Either way, let’s get to the meat of the post.

「Hello everyone. We shall leave what happened last week shrouded in mystery (furi: Hata was defeated by his pathetic fleshy EMOTIONS), but you can read my submission for that week here. If you’re reading this, his recovery this week has been sustained and he’s managed to get the VNTS out. Pog.

We’re now tracking progress for Akagoei TWO by Daybreak Translations nomenclature. Akatsuki no Goei ~Principal-tachi no Kyuujitsu~ is sort of considered a fandisc for Akagoei on vndb but the gentlemen at the vndb discussion forum indicate that there’s some important backstory in it so have fun.

Baku Ane 2 is a nukige and thus not in my field of interest, but I did find this vndb thread about swapping out the sex sound effects for better ones quite amusing. I will admit I had to specifically turn down the sfx volume during uhh I think the Grisaia h-scenes back in the day (criminal to not provide a dedicated slider tbh) due to them being terrible, so man’s got a point.

A partial patch for Majikoi A-5 is out. It really is amazing how much they milked majikoi. I hope whoever’s still reading these enjoys it. Maybe one day I will pick up the first again after dropping the fan tl due to the shitty translation.

Umikara is now on the board. I think I wrote on it the last two weeks or so, so not much more to say now. 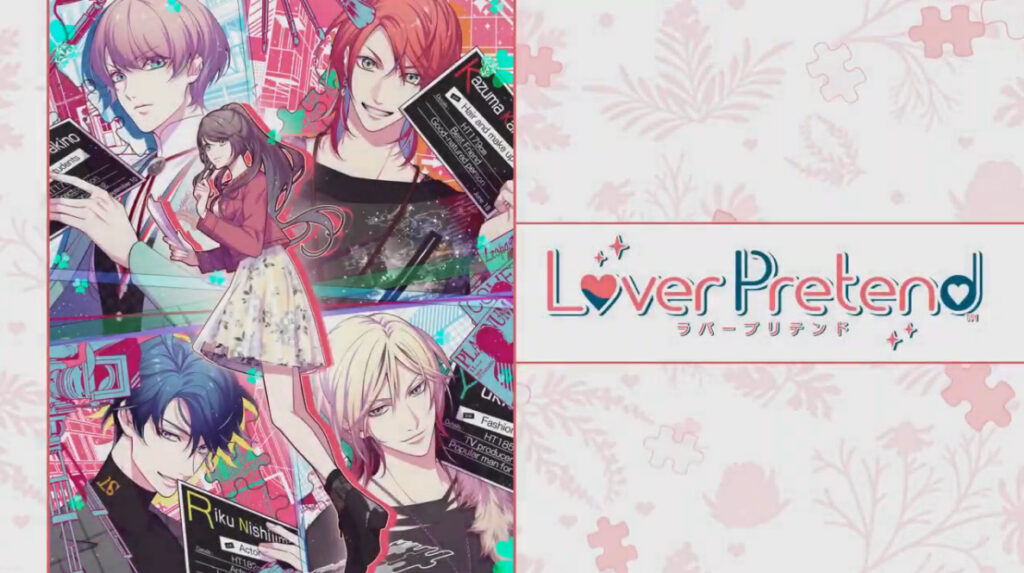 Lover Pretend is out by Aksys. The usual Aksys quality worries apply as always. Also, >nameable protagonist. Though I guess Watajuu actually lets you do that too and Anezaki Nozomi is anything but bland. The option still kind of rubs me the wrong way because I’m very much against the usual protagonisty blandness it signifies. 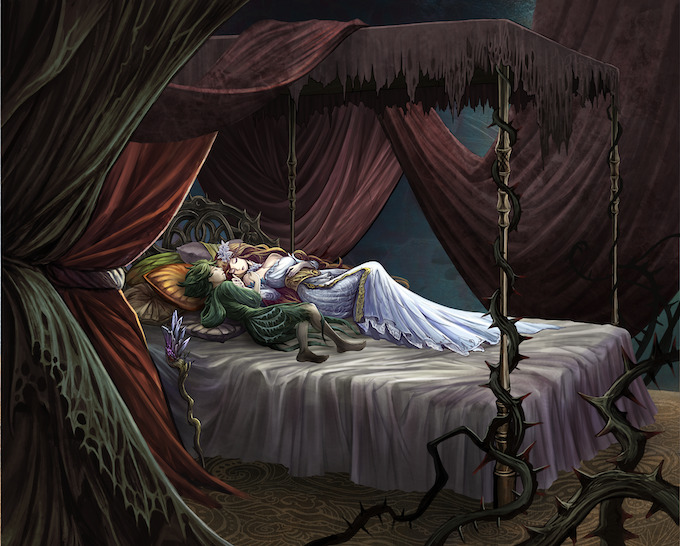 The 13th month sounds like one of those obscure-ass VNs where they’re probably either a nukige or a janky doujinge. It turns out that this one’s story is a bit more interesting: it’s a Kickstarted vn with some big names behind it, including “the core/pivotal creators of Megami/Shin Megami Tensei” (my interp, looks like it’s three people total). It looks to be one of those retellings of the Sleeping Beauty, where the mystery is that now the hero’s kiss doesn’t actually wake up the princess. While the witch is there guarding the princess or something? Sounds kinda yuri ngl. The dark fantasy setting is interesting, but I have to say the description in translation feels a bit… off. They definitely tried, but they didn’t quite get it right compared to the Japanese I’d say. God knows if the same person did the description that did the actual VN text though. The Kickstarter page has a lot more information plus quite a bit of fancy artwork.

Apparently the “13th month” is January or something according to an edict entry I am too lazy to not simply consult. The witch is named something like “leap month” in Japanese, so that’s fun.

Oh, and Detective Masochist 3 is a 800×600 nukige with meh graphics. Who buys this crap? I will never understand.」

「Hello everyone. After my involuntary absence last week due to these pesky emotions and also being under the weather (not Covid) I’m back again to talk about VNs. This is something I desperately need after the last days have not been too great when you’re looking at the state of the world and what becomes accepted now. Elon Musk keeps people on their toes to find out tidbits about potential political fraud situations at Twitter and one of my favourite rappers acts like a tondemonai moron on live broadcast praising unfunny Austrian artist with mustache… not a good place to live in right now – glad I’m not from the USA because how the fuck would you explain this. Well, escapism might be needed more than ever in these times, so let’s play some VNs shall we?

Lover Pretend came out by Aksys Games and its a nice pre-christmas release. Nameable protagonist is also an annoyance to me because it inadvertently dilutes a character’s depth, but maybe this game is different. Though why should it be… I’m looking forward to KoiNegau from Aksys, but my excitement right now is quite stifled.

There has been a huge milestone for the H2O Footprints in the Sand fantranslation by Studio Frisay! Around two weeks ago they broke through the 50% mark and now the Hinata arc is also completed!

Lots of milestones are getting reached with projects we look forward to, so H2O could quickly reach the 50% mark and also the Hinata arc is completely done. I’m happy about Studio Frisay and look forward to what they have in store in the future. They feel like the new Tsurezure in speed and quality. 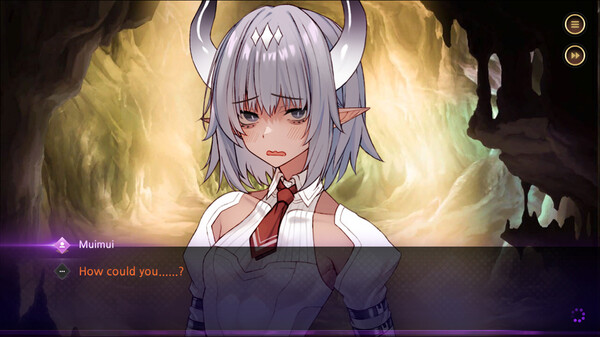 The Korean localization company TalesShop released their newest game Dungeon Lord Deonjeon Rodeu. My friend Seryuu would absolutely love this game, so I kind of hope that they accept it in the JAST USA store down the line. Demon girl? Sign me up!

There was also some fantranslation of something called Muv-Luv Duelist which I can’t really tell what exactly it is. VNTS also didn’t list it. Seems to be partial translation of something that was already translated officially, but not really? Sorry, I’m really not sure so read it for yourself. The English patch is 132MB in size, so maybe this is not a simple xp3 patch file…?」

We have access to our official Fuwanovel Facebook again! This account hasn't been used since 2018, but it still boasts a huge amount of active followers – mostly from SEA and the US.

We reinstated this account now under the helm of @that1denpachick!https://t.co/qJEYvA8VgB pic.twitter.com/yu3eZOAV88

Well, things at Fuwanovel are improving. We got access to our Facebook Account again, Tay returned back to work on some overdue things, so the last roadblocks to full management capabilities are finally solved. We also hired two new people. Cool things are going to happen, but quite slowly unless I can dig out a lot of energy at once… maybe after a nice night of sleep. zzzz