Usually we don’t cover non-English news, because that would open up a wealth of different languages and markets we would need to stay ahead of, but for a popular title like this it might be justified:

French translation group Team Mirai went through the effort to translate the second game of the Danganronpa Franchise into their home turf language. On the post, you can read a long and descriptive account of the translation process on their WordPress blog right here. Previously, they also translated the first DanganRonpa entry and DanganRonpa Another Episode: Ultra Despair Girls. 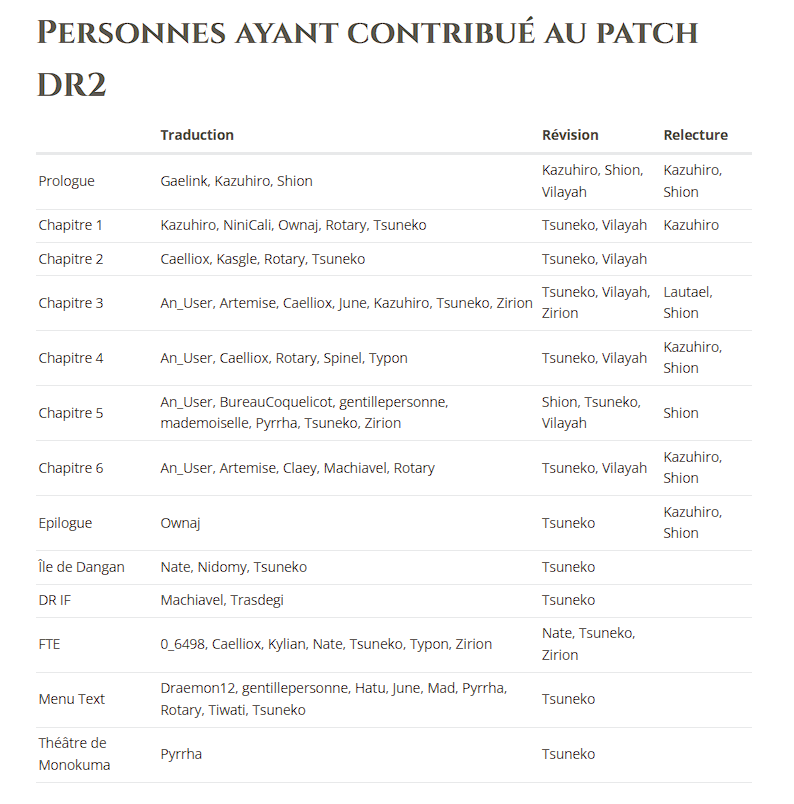 We’re aware that while the visual novel scene in France isn’t too big, there are still reasonably big fanbases for everything that has to do with DanganRonpa. The French community also loves Zero Escape & other Kotaro Uchikoshi works so much that there are translation projects for titles like AI: Somnium Files and there are even rumors about Nirvana Initiative, the sequel to Somnium Files, also getting a fan project. Other than that, there are translation groups like KawaSoft, responsible for bringing games like Narcissu, World End’s Economica, planetarian , Sound of Drop ~fall into poison~ and several others into native French. Considering the scarcity of Japanese to French translation projects, a completed Danganronpa 2 translation is indeed a big deal, and something to share.

More information here.
Get the Steam Version to patch over