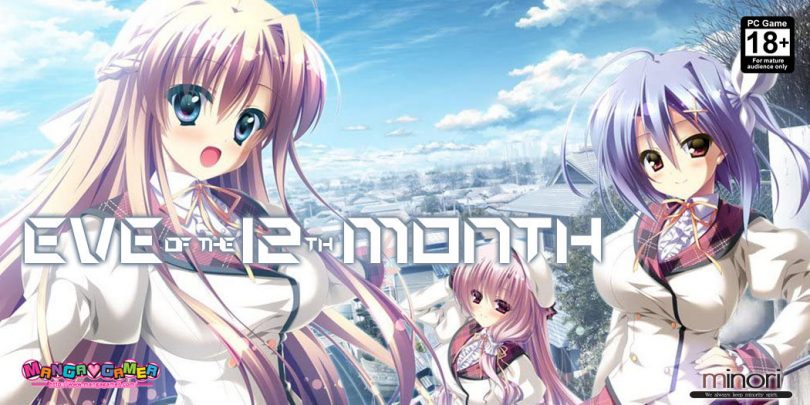 Welcome to the Fuwanovel VNTS, where we shamelessly copy the work of one illustrious 4chan /jp/ member in collating translation progress and add minor dabs of value through corrections and additions. Entries with updates this week in bold. This week’s cover image will 12 no Tsuki no Eve, because MangaGamer brought back Minori from the dead which caused a figurative heart attack for one of our previous staff members. MG only introduced two titles at their AnimeNYC panel, but one of those was able to make an impact, cool!

Other than that it’s a really dull week with a niche boomer PC-98 game being one of the highlights. There was more going on on the EVN side, so maybe we’ll talk about these, despite not being translations idk. Without further ado, here we come!

「Hi all. Today — well, a couple days ago by the CLOCK,  but you know — my group managed to turn in a report 2 minutes before the deadline. I’ve been aiming to relax after the minor stress of that adventure, and maybe even read a VN, but instead I read analytical articles about how the US could have a much smaller nuclear arsenal and future pandemic preparedness/detection because… I mean, I guess that’s relaxing to me too. Hmm. I still have various assignments I need to get done for several near-future dates, so I guess that’s going to be absolute oodles of fun as well. This is mostly just what I get for slacking off too hard, though. 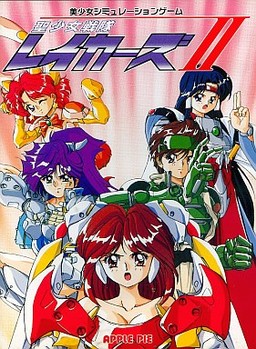 I am trying to avoid slacking off by writing this on Monday night (Tuesday by the CLOCK but…) so that Hata can muster up the energy to get it out tomorrow. No guarantees, though. (he absolutely didn’t.) I will either be deep in denial or study tomorrow, possibly an unholy mix of the two. In any case, visual novels. First off, Sei Shoujo Sentai Lakers II is a boomer PC-98 VN. I was about to make a joke that these guys only ever do the second in the series after Guynarock II the other day, but it turns out they’ve done I too. I must say, looking at the CGs for this thing, ero sure has come a long way. None of these even have variations! I feel like I’m back in the Kanon or ONE days. Though I think you could find better even back then. Ah well. 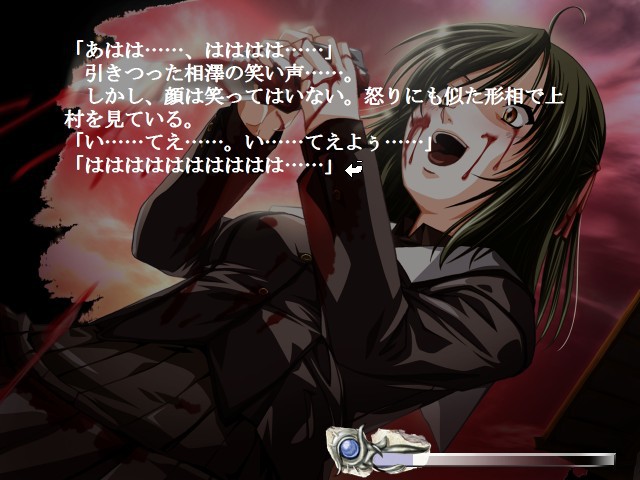 I remember back when KKHimawari, the Kusarihime translator now going for Umikara after his initial completion, was a wee baby JOP. Umikara was the first VN he read, and he probably didn’t get a lot of it, because it’s relatively difficult (nothing extreme, though). I remember reading some of it myself, and it’s honestly pretty cool — it’s kind of denpa, and it has that edge that old stuff tends to have. But I didn’t finish because I’m Zaka and that’s hard for me okay. Anyway, KKH always wanted to translate Umikara even back in the day, and I even was the guy who first helped him with basic script/asset extraction and reinsertion (a tool written for Cross Channel did the trick). I hope he’ll enjoy the process, and give it his all, for his second translation — which was the one he wanted to do all along. He’d be joining a proud tradition, too — I actually have translated the first VN I finished as well (though not the first I read some of). 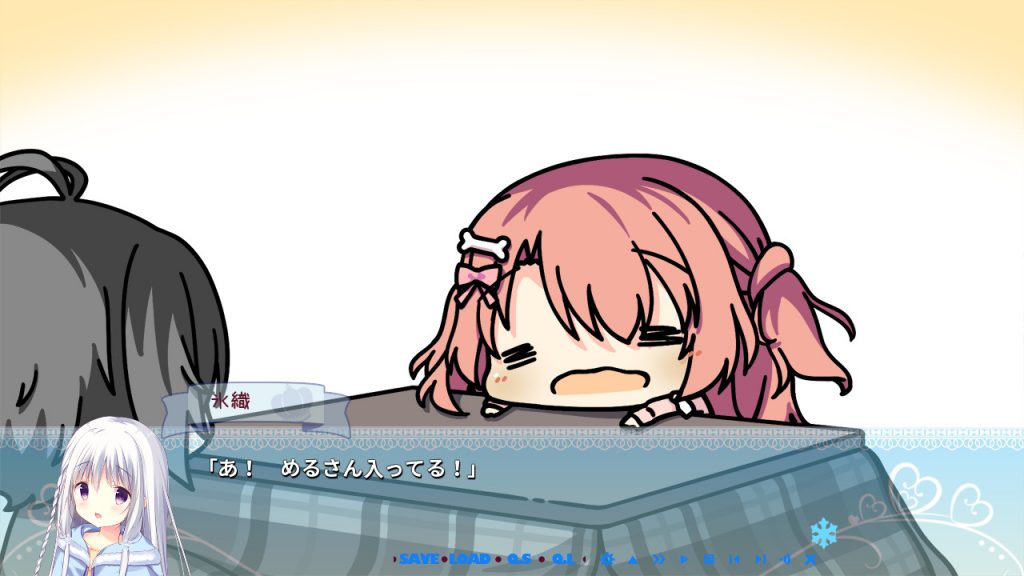 Nekonyan’s thing for this week is setting a date for Aokana extra2: 15 December. Love Lab sets a date on the ‘very soon’ of last week: 25 November. JAST’s Slow Damage release was at last picked up by VNTS, but it came out basically last week. Pretty big title for the BL fandom, though I can understand that some people would like some less edgy content from the BL market. To be honest, given JVN trends I’d probably advise them to look more at EVNs for that — which reminds me of the EVN recommendations collection thread I started this week. Some EVNs are among my favorite VNs period, but I still find myself not sure if I can trust the usual EVN main’s evaluation to accord to what I consider quality. This thread is an attempt to partly remedy that, given the current JVN-focused membership on the forums. Do drop your own suggestions in the thread if you would like to recommend any EVN you didn’t make yourself (sorry, gotta be harsh on that one). 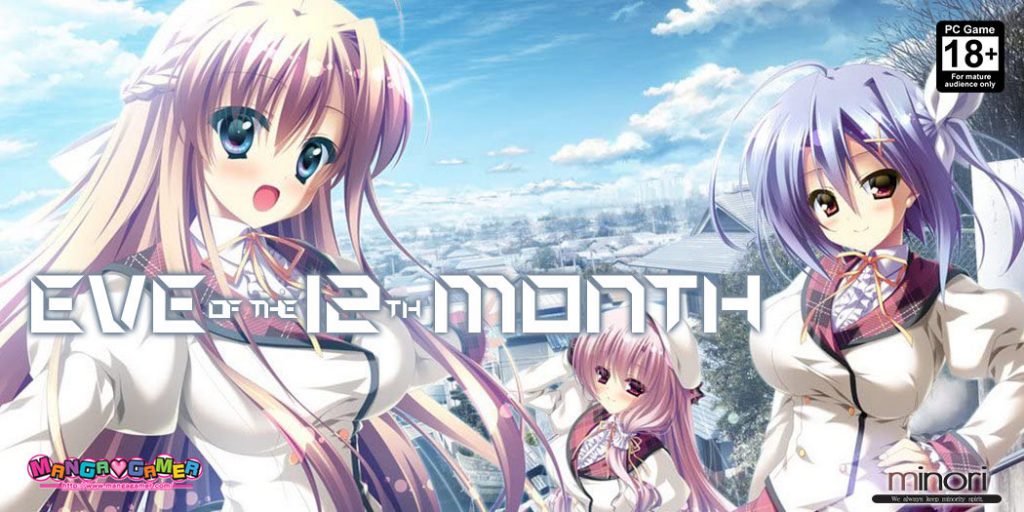 MG announced a minori-ge. There’s a notion that anything minori released after supipara was just not the same, and 12 no tsuki no eve was indeed released after that point. But the EGS median isn’t that bad at 77, so who knows? Though they gave everyone big boobs (as usual after supipara, I hear) and the fap ratings indicate this one had quite a bit of ero focus, so that might have been a factor. Finally, Sekai Project got Hoshimemo’s FD Eternal Heart out, in full HD glory. I haven’t really seen any real complaints about it, other than the windowed setting is removed for some reason (not that many of you could have used it, since it locked to a minimum resolution of 1080p even in the Japanese version.) Not sure about the translation, though I feel like I would have heard a complaint somewhere if it was a questionable as the one for the original.

I’m so glad Primula liked my localized title 😭 I’d love to translate the full game so I can be reunited with my best boy! https://t.co/SZDFkbHB7D pic.twitter.com/9I3LpSoYl4

Oh, and with Taisho Alice done, Primula has announced a localization of Gunka wo Haita Neko / Puss in Combat Boots — into Chinese. Verde, illustrious translator of Taisho Alice and my occasional simping target, seems to be quite willing to work on an English localization if there’s will from the Japanese direction. Let us hope it all work out.」

「Yeah, sorry we’re late. We were quite busy this week not only with Fuwanovel tasks, but also some in real life. Mostly real life tasks though, because these couldn’t really wait. But there’s not much else to say besides that Twitter didn’t die yet and now everyone has a Cohost, Hive or Instagram account they don’t know how to use – Great.

Let’s get to the translation status:

Last panel for the day~ pic.twitter.com/RkFBXo4JUW

MangaGamer had a panel at AnimeNYC (no recording available) where they, after doing a bit of self-advertisement for other projects they’re going to release quite soon, introduced two new titles. One of them is another title from Guilty. It’s the second title of the Nightmare-Series called Nightmare x Onmyoji – Paradox of Forbiddance. I’m not exactly blown away by this title, but it’s good that MangaGamer and Guilty seem to have a lasting relationship now. No clue how much the first part sold, I virtually saw no one talking about it at all.

Second, MangaGamer had a banger with 12 no Tsuki no Eve, a title from Minori! Yeah, we all thought that the company who made these amazing movie-esque backgrounds and captivating stories like ef: A Tale of Memories/Melodies and Wind -A Breath of Heart- were dead for good, but MangaGamer nonchalantly dropped the info that Bamboo and Minori’s CEO are still out drinking together sometimes and apparently this forged business bonds that enable MG now to keep carrying Minoris legacy forward.

are coming to FAKKU!, GOG, JAST and Kagura Games on November 23rd!
Support us with a purchase to see more Alicesoft games on these platforms in the future! pic.twitter.com/EnGBIa1StK

Another MangaGamer related news is that a few games from AliceSoft are now available on other stores like KaguraGames, GoG, FAKKU and JAST USA! People were already quite scared that MangaGamer might have lost these licenses, but according to what we could find it is a mutual cooperation between these stores. 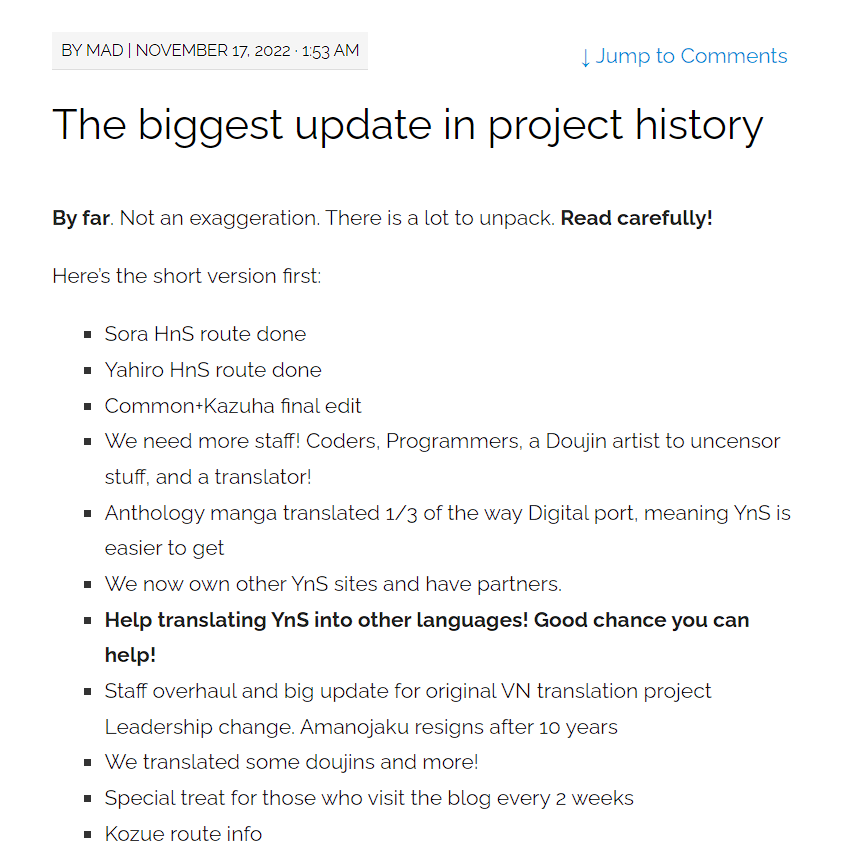 After months of nagging on my side, the folks behind the Yosuga no Sora Fan Translation. which we already had as a vital member of our community, finally made a HUGE update so people could finally get a clue in which stage of production they are at this point. Mad dropped a huge blogpost on their website which should keep you all up-to-date, so please check it out asap! 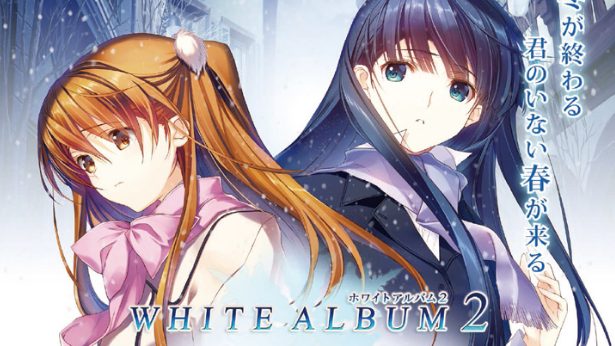 There wasn’t a big announcement for it, but Todokanai Translations released the Mini-Fandisk content that they were talking about in one of our earlier VNTS posts. For some reason they did not make a full post for the announcement anywhere, instead they just inserted the google drive link at the top of their post on the Fuwanovel forums. How was anyone supposed to notice that one?

I have a different opinion about Hoshizora no Memoria Eternal Heart than Zaka, because he thinks that the resolution and missing window mode is not an issue. Well, for me it is because this is simply a technical oversight that shouldn’t happen. We only don’t think it’s that bad because SekaiProject has already presented us worse before and this is a mindset that’s not good to have. After all, the window mode isn’t even missing in the Japanese release, so how did this even happen? Did they delete a chunk of the code?

Something no one has noticed is that the Switch version of Ningyou no Kizuato, a remake of the original 1999 classic came out. It has the same curse as the YU-NO remake, namely that its new artstyle and direction makes it look either modern nor oldschool. I don’t know which version I would prefer to play, honestly.

The last thing I want to mention is that I have never heard of Umikara and I’m waiting very patiently to take a look at this game once it is done!」

We still got some space, so let me briefly mention some original EVNs that are quite good and have released just recently, or managed to break their kickstarter’s expectations.