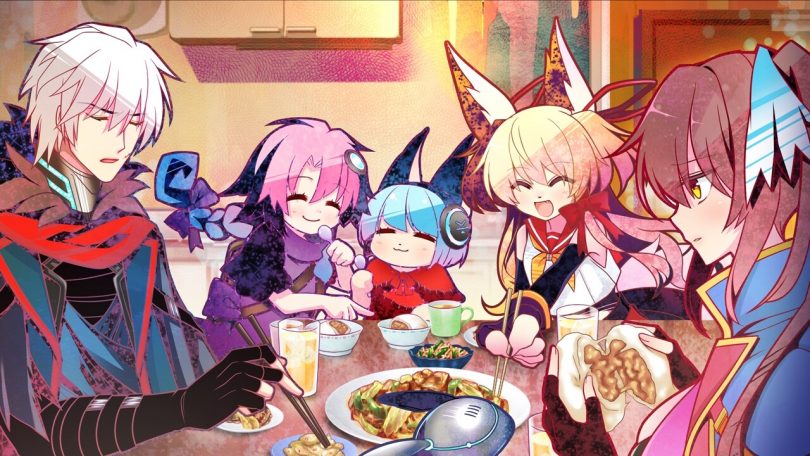 Welcome to the Fuwanovel VNTS, where we shamelessly copy the work of one illustrious 4chan /jp/ member in collating translation progress and add minor dabs of value through corrections and additions. Entries with updates this week in bold. Today’s cover image is from Alpha Nighthawk, because it is a Liar-Soft title that we’re actually familiar with.

—Hi, it’s Hata! I’m greatly sorry that the VNTS comes out two days late. Actually, its the first post I make that comes with delay. Lately, I’ve simply not been able to conjure up enough motivation to sit down and actually do something productive. Even for an energy spark like me these days exist and they’re just a sign of being human. I’ll briefly talk about what got me down so much, because there aren’t many other things to talk about this week. Another slow week — with the exception of Shiravune dishing out a big title. So here we go.

「Just when I thought I had seen peak literally nothing week a few statii¹ ago, here we are. Maybe I have simply forgotten a worse drought in earlier years, because there are technically still things happening in this one. However, most of the items are either not near completion or obscure nukige I don’t care about. 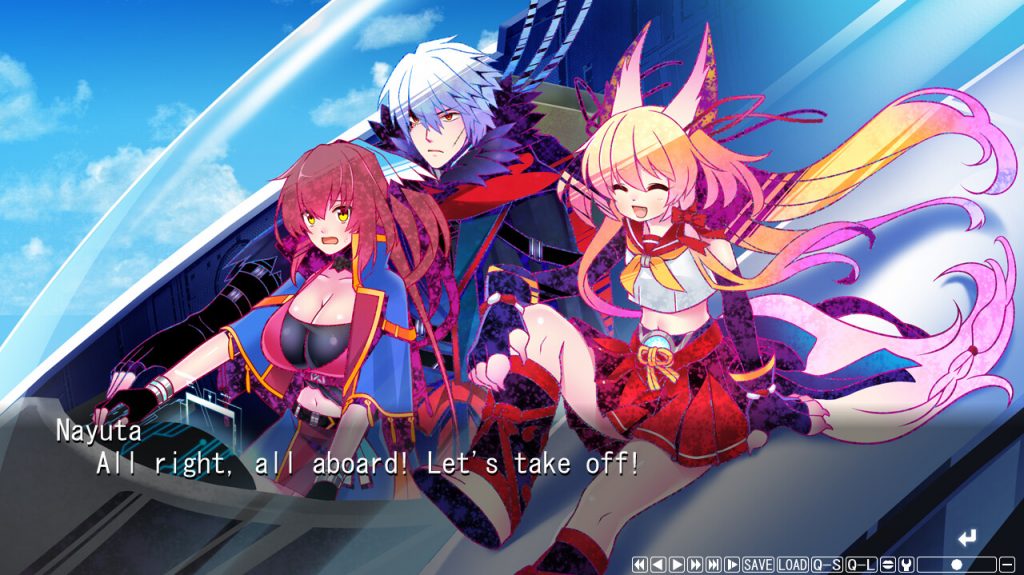 The one interesting thing so far is Shiravune licensing Alpha Nighthawk, a sci-fi VN from Liar-soft, but not from one of the known liarsoft writers like Hoshizora Meteor (Forest, Kusarihime) or Sakurai Hikaru (the Steampunk series such as Sekien no Inganock, though they’ve now left the company), but instead by Nanahoshi Dentou, who really hadn’t done anything of note before this that I can tell. She’s both the main writer and the artist, which in my limited experience tends to be interesting — two other cases I can remember include denpa-horror-lolige Aoi Sora no Camus and the strange, grotesque sci-fi of ENDLAND (full disclosure, I finished neither of these… I don’t finish stuff much…). For those wondering where Alpha Nighthawk 2 is if it’s so good, there actually is a sequel already out in Japan. The the EGS score is a 77 median, not an 80, and the variance is low, so maybe not quite a kamige though quite nice. But probably interesting, and that’s worth something.

So when you see Shiravune, you always have to ask yourself: is this being done by an agency and thus probably not good? No, it is being done by John Hooper of Lemnisca fame and thus probably going to be… okay. The latest translation he worked on was a bit meh, but by no means offensive; you can see my brief and medium effort opinion on Iwaihime’s translation in a VNTS commentary from three years ago. Years really do fly by these days… let’s hope this translation is better. Shiravune could certainly have picked a worse translator, and sci-fi does fit the guy well given his earlier experience, so overall you should see this as good news. But my inner translation elitist had to speak out nevertheless. Anyway, enjoy this long-ass footnote I wrote because after that, we done for this week.

¹Influenced by the xkcd use of “fora” as the plural of “forum”, I once used “recta” as the plural for “rectum” in a book report during my youth. I never actually checked if that was correct Latin at the time, but if wiktionary serves me right, it actually is. Which is to say that I looked up the plural for “status” and “statii” seems to be correct too. Fantastic. Now if only pluralizing “succubus” was so mercifully clear-cut… but no, the latin plural seems to be succubae. Really brings a whole new dimension to calling people “bae” in the current era.」

「Sorry for the delay, folks! I guess the amount of literal nothing for consecutive weeks drains my motivation to write the VNTS post. But this Thursday evening, I could finally sit down and get things done. I already announced in the pre-text that this week had an unfortunate event that really affected my mental capabilities to get things done on Fuwanovel or elsewhere.

Due to some inevitable discussions about a certain community figurehead popping up on discord, which accidently delved deeper into their private life than was healthy, a few folks — including me — got banned from Discord for three days for “””doxxing””” (I can confirm that the sarcastic quotes here are fully deserved. The man never tried to hide, but of course Discord service admins can’t know that -Z). Three days might be nothing for you, but for someone like me who’s involved in so many projects at once, not being able to hold contact was a big deal. This is something we should be thinking about. 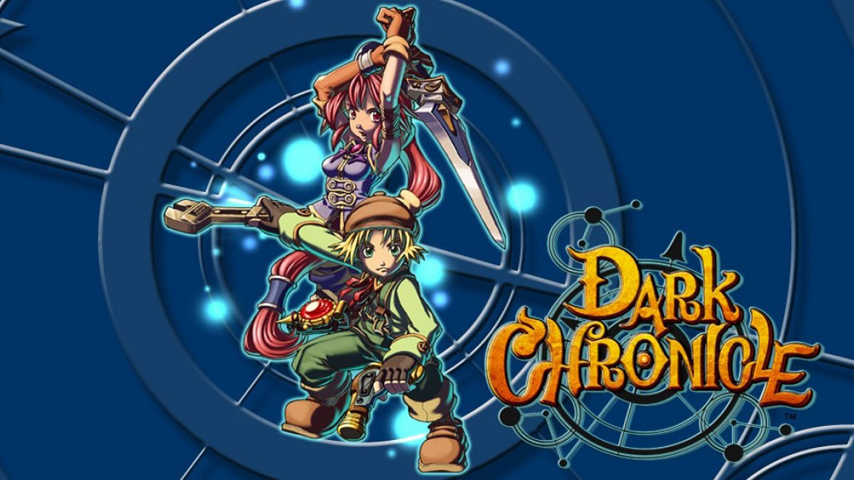 Unfortunately, this didn’t leave my mental untouched because it made me aware there are people who wait in the shadows planning malicious things to negatively affect us. Getting hit with the realization that there is such an evil force out there, made me a bit tired of the scene and I had to find some distractions to cope with it before touching a VN again. One of those distractions was my childhood game Dark Cloud 2 (Dark Chronicle for the EU people) which I will probably be reviewing on my userblog eventually. It’s my favourite game of all time, actually. Though that just might be nostalgia-driven. Whatever, onto the VNTS!

A quick glance over the VNTS thread discussions makes me sick. Lately, a lot of MTL shillers have popped up and while it would be better to not give them any publicity, it becomes hard to ignore. A website named SVN (Sugoi Visual Novel) popped up out of nowhere with a handful of MTL patches ready for download. On this site you can find two pages full of blatantly machine translated patches using MrShiba’s SugoiTranslator software. At least, this is likely what the website name suggests. As a sworn enemy of using machine translation for full game translations, I cannot look at the site’s existence in good faith. In the past, there had already been a site called VNMTL that essentially tried the same, but they got shamed so hard by the community who justifiedly kept pushing back against those offering such a disrespectful service. This resulted in them quickly stopping their operations.

But if this wasn’t enough, Sugoi Visual Novel has the audacity to put ouo.io shortlinks infront of their downloads, so they actually plan to make money with this shit. I’m furious. Machine translation to Japanese is not advanced enough yet that it can offer you a worthwhile experience. It just can’t! I don’t necessarily blame the consumers of such a service though. I blame the suppliers for spitting on translation as an artform. 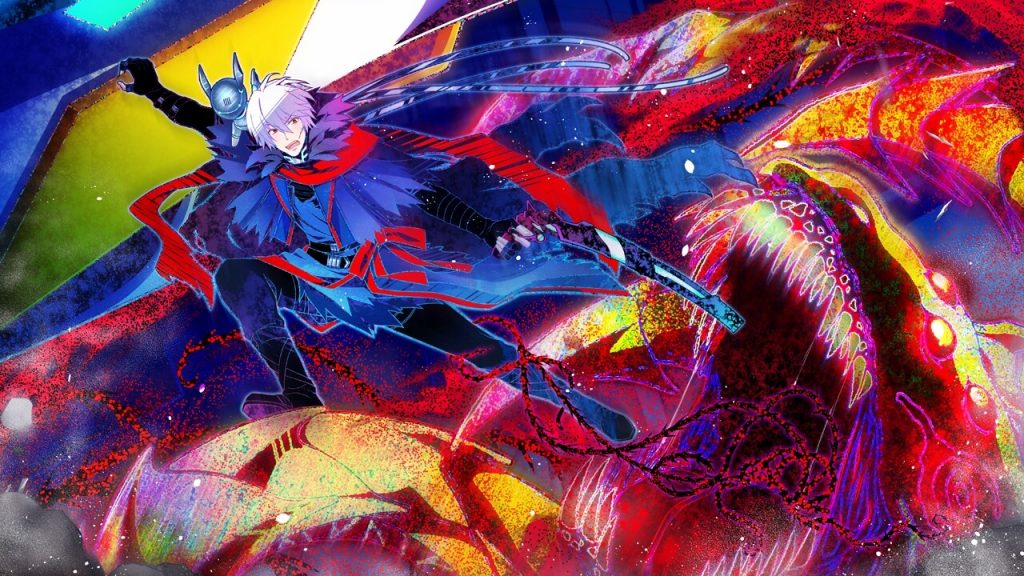 Shiravune keeps unveiling more of their projects and one of them is Liar-soft’s Alpha Nighthawk! I’m a fan of Liar-soft’s dozens upon dozens of games and I actually did play this one. The game features a low science-fiction setting in which a gigantic alien rose in space called Consuelo threatens the world with a thorn projectile it only ejects once every hundred years. This thorn then collides with the Earth, causing massive damage and spawning alien creatures that spell doom for the innocent people living in the area close to the impact site. The main character, Miriya, is a girl (like it is often the case in Liar-soft games for some reason) and she’s training on a space station called Baobab how to pilot a sheep — a space travel vehicle. Eventually, she gets in trouble with supposed space pirates and her Battle Sheep robot crashes down to Earth into some low-class town quarter. When she finds it again, it is about to be sold at an auction. There she meets the space pirates that attacked her, Ichizou and a member of the Neofennec species named Nayuta.

I remember having played this game a couple years ago and also had engaged with its writer Dentou Nanahoshi in Twitter DMs. They could actually tell me a lot about the lore in this game and the reasons why they chose literary references as elements of their story. You must know that the word Consuelo, as the rose is called in the game, is the name of the wife of pioneering aviator Antoine de Saint-Exupéry. Learning some interesting trivia with eroge is always cool. Something that will probably bother some people is that this game has ACTUAL furry characters engaging in sex scenes — there seems to be a stigma against furry content which makes it a worse kink than NTR to some people — so I’m sure many people will avoid it simply for that reason and miss out on a great title.

The Aiyoku no Eustia team made an update. This time it is from PyroCyan who recently brought us the fan translation project for Innocent Grey’s Nagomibako Fandisc. I talked to eplipswich just recently and what they’re saying there matches up with what I heard. Maybe interested people can check out the thread as he announced to be answering questions there. You’ll learn a lot.

Nekonyan has announced they have new secret projects that are going to be unveiled at their next convention. Kiriya said that they’ll announce Secret Project 1, 3, 4, 5 and 6 next week. Guess next week will be a more exciting week. Looking forward to it.」

That’s everything for today. Sorry again that it released much later than usual. We’ll promise to be better next week.