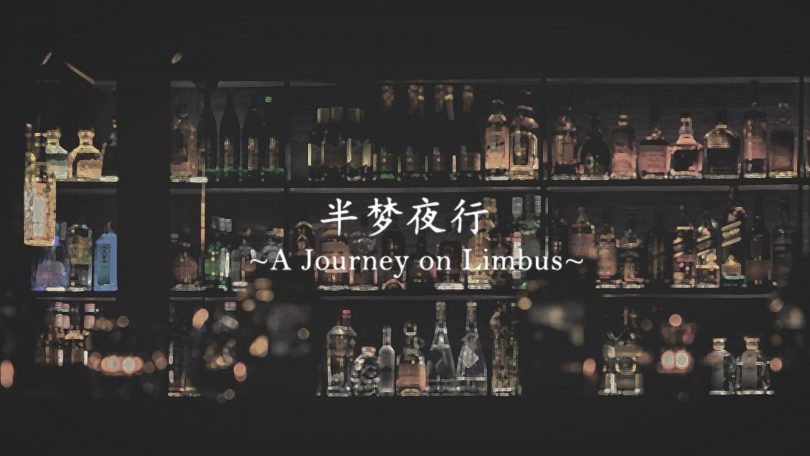 Developed by MxLucid in 2019,《半梦夜行 ~A Journey on Limbus~》is a free denpa Chinese visual novel that pays tribute to Subarashiki Hibi ~Furenzoku Sonzai~ and Yume Miru Kusuri. It was made for the seventeenth 极短篇游戏制作比赛, a month-long competitive game jam hosted on Project1 forums wherein participants are to create very short games with ideal play times of ten to thirty minutes and strictly under one and a half hours. The theme for the seventeenth iteration of the contest was 【边界】or boundary, with the additional guiding prompt of “that which divides between various things and concepts.”

Just to be clear, I am not familiar with the denpa genre or the two games that inspired this work. I only happened upon this indie title because I was searching for untranslated Chinese visual novels with psychological horror elements. What piqued my interest was its mysteriously curt synopsis about a bar, drinks, chats, and dreams. And what kept my interest was its series of vividly unsettling, unusual, and erotically tinged events. Indeed,《半梦夜行 ~A Journey on Limbus~》was a thoroughly surreal journey from start to finish. 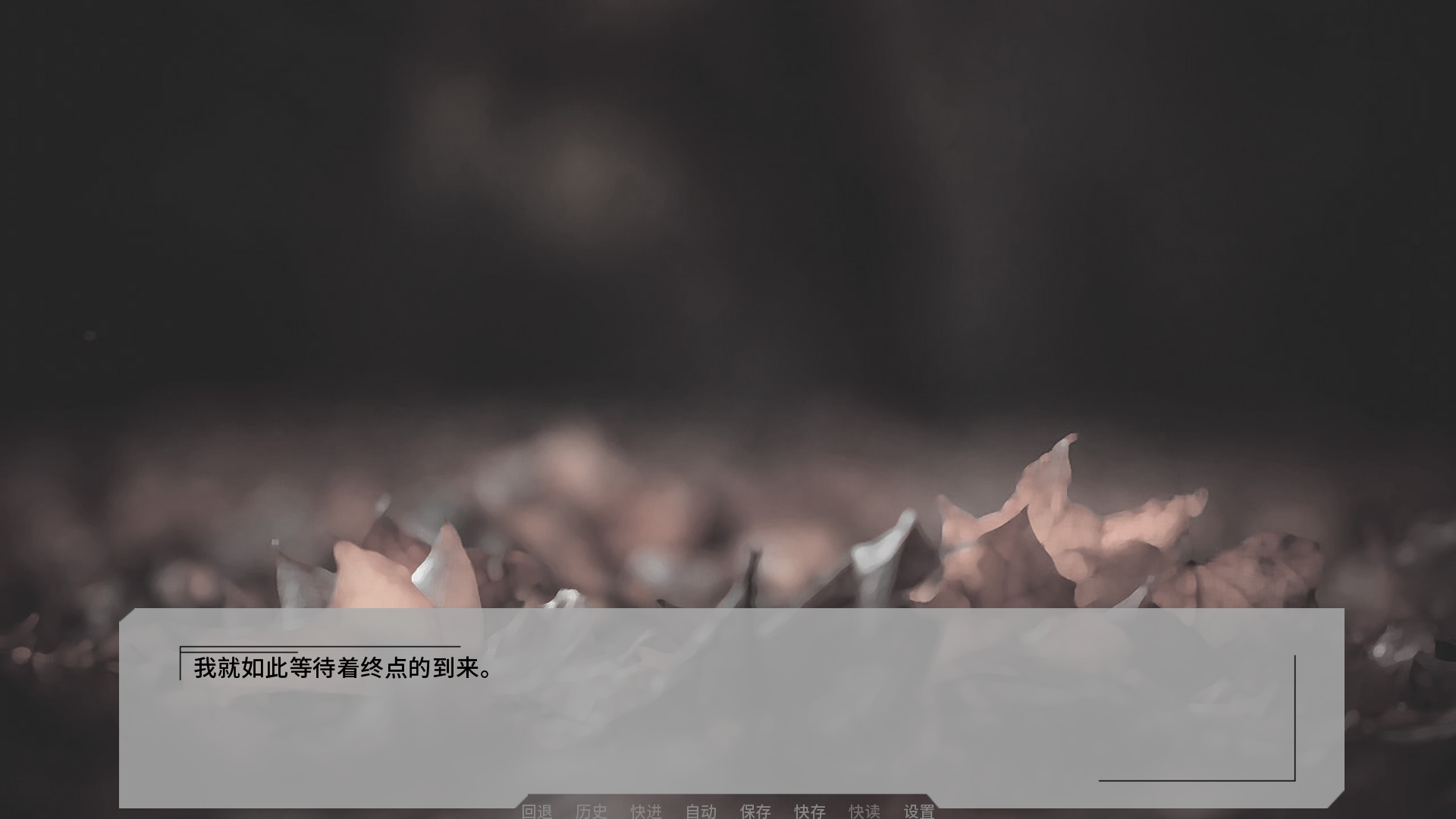 At first glance,《半梦夜行 ~A Journey on Limbus~》may not look particularly impressive. Besides the minimally customized user interface and the blurred stock photographs used as background images, there are no other visual aspects to speak of. Furthermore, background music is largely absent, though some sound effects can be heard occasionally.

Still,《半梦夜行 ~A Journey on Limbus~》pulled me in right from its very first line. The opening is a beautifully written, smooth sentence packed with detailed imagery. MxLucid’s writing is captivating and calculated: the author manipulates the scene and mood while keeping an alluring layer of mystery in the air.

In fact, I would sum up my experience with《半梦夜行 ~A Journey on Limbus~》as one that is perplexing and satisfying in equal measure.

The journey begins with the unnamed (and unnameable) male protagonist seated on a metal bench, idly watching the discolored autumn leaves falling onto him. Unbeknownst to him, a lady soon appears and sits on the other end of the bench. She starts sharing her thoughts about how even a dying leaf continues to live within its dream. The ensuing terse exchange regarding the division between dream and death is generally philosophical and rather cryptic, and it ends with the male protagonist waking up inside a mysterious bar. 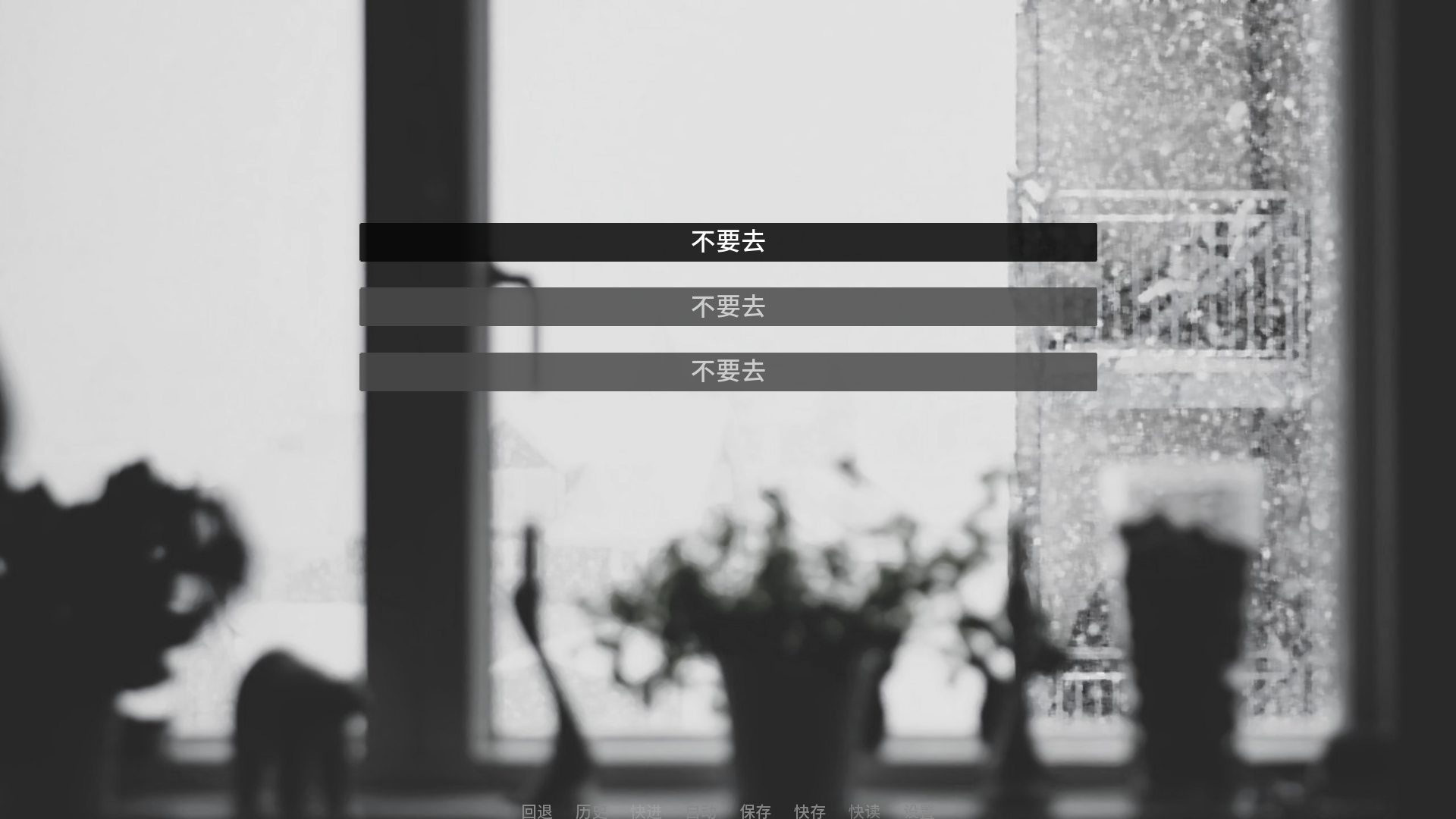 When I played this 1.5-hour Chinese visual novel, I did not know it is based on《半梦夜行》, MxLucid’s previously published webnovel bearing the same title. However, the game is not a one-to-one adaptation of the 2018 work. A small section at the beginning of《半梦夜行》is used as the starting scene in《半梦夜行 ~A Journey on Limbus~》, but the events and endings that follow are vastly different. That means the game is self-contained and no prior reading of the webnovel is necessary.

At the center of 《半梦夜行 ~A Journey on Limbus~》lies an enigmatic bar, wherein the male protagonist meets three patrons and a bartender. He also dreams three times. Each time, the dream becomes stranger and clearer.

The story is quite unpredictable; I often found myself shocked by twists which forced me to reconsider prior information. I also enjoyed the narrative’s constant buildup and release of tension. There was always something—an unnerving setting, a gruesome description, or the rare unexpected commentary—lingering in the background that kept me on my toes. 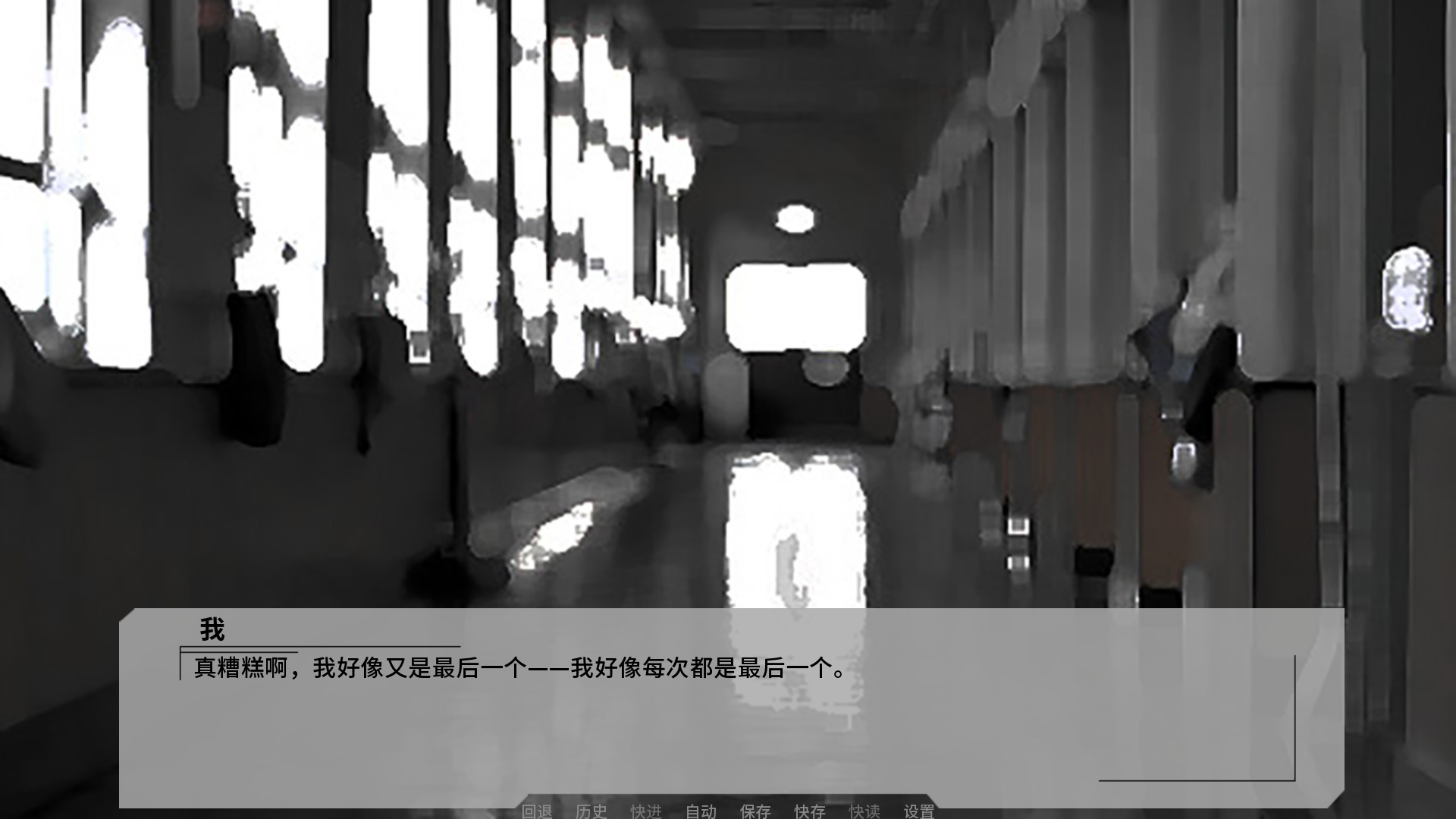 In contrast with the story’s twists and turns, the gameplay structure of 《半梦夜行 ~A Journey on Limbus~》is simple and straightforward. There are only two endings available: one Good End, and one True End. While the endings will not show up until all the three dreams are explored fully, the game has a nifty failsafe: players will be brought back to a common segment to retry an incomplete dream again.

Something else I liked about the choice system in《半梦夜行 ~A Journey on Limbus~》was how some of its choice menus offered similar options. Some players might find such false choices ridiculous, but for me they built an air of maddening helplessness and dread.

Even the lack of background music works in favor of the game most of the time. However, I wish《半梦夜行 ~A Journey on Limbus~》had used the NVL-mode rather than the ADV-mode to present its story. Because there are no character sprites, the entire screen could have been used for the text. 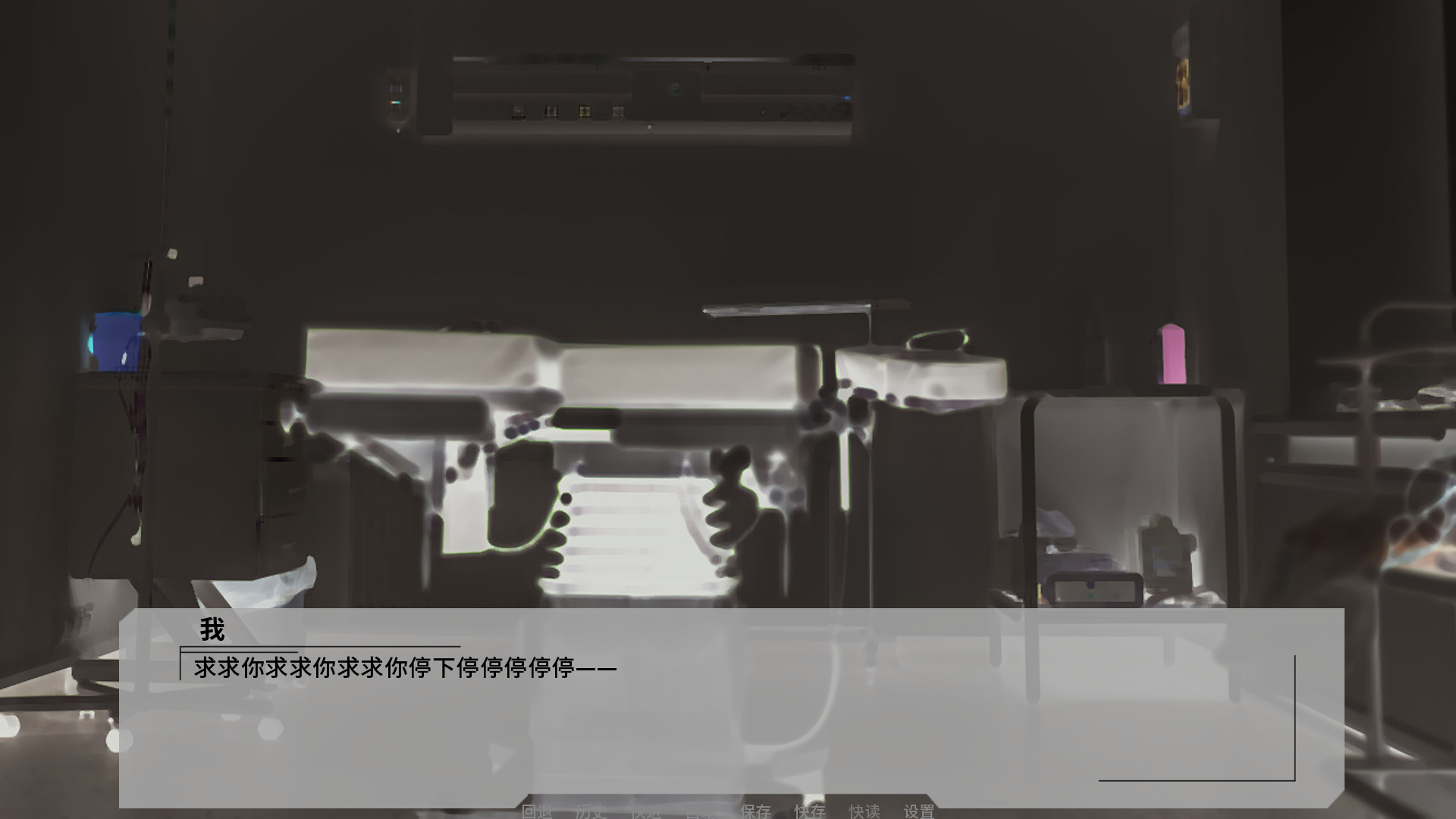 Despite the game’s very bare setup, the experience as a whole is unforgettable. Since I lack experience with the denpa genre, I cannot say if denpa fans would enjoy this visual novel, but I can recommend《半梦夜行 ~A Journey on Limbus~》to anyone whose interest has been piqued.

《半梦夜行 ~A Journey on Limbus~》may be downloaded by following the Pan Baidu link provided on the original Project1 forum post. Alternatively, the complete text-only script may be read on MxLucid’s website here.

KuroKairin is from Singapore and writes for multiple places. As one of the contributors on Fuwanovel, her special field will be untranslated Chinese visual novels and anything else that tickles her fancy!