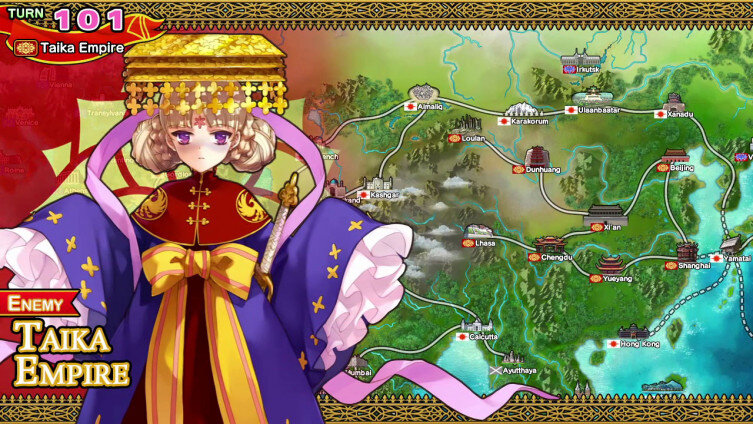 Welcome to the Fuwanovel VNTS, where we shamelessly copy the work of one illustrious 4chan /jp/ member in collating translation progress and add minor dabs of value through corrections and additions. Entries with updates this week in bold. This week’s picture is from Eiyuu*Senki Gold, which Jast spells with one U because burgerlanders can’t tell long sounds from short ones. Oh and it released this week, apologies for the autism.

「Greetings fellow sapients and MTLers, it’s time for a VNTS that isn’t even late. I blame the new bed I got yesterday, it’s wider than wide hata at 120 centimetres. I barely even know what to do with the 25cm of extra space. I guess I’ll use it to bother americans who will not be able to intuitively understand what I just said. Also, did you know that eye drops can be surprisingly effective? I didn’t before I tried them. Anyway, back to VNs.

Ittaku has finished translating his double-dog-darned last route for Haruuru and is leaving the rest to some dude named Kenneth who may or may not have an Internet name I would actually know him by. There are apparently some decent chances of it actually going through, though no guarantees. He seems to be unlikely to do more fan tl, but will still be open to commercial tl. Maybe in his case, the way several projects of his have gone is related… Then again, weren’t a lot of those related to selling out? ah well. He seems committed to releasing the scripts and tools if everything goes south, which is always cool.

There’s a surprise Wizard’s Climber patch release. I have no idea what its quality is, though the effort of doing the manual is interesting at least.

Eiyuu Senki Gold is, I hear, a re-imagining of the original with an entirely new plot, art, but also the same characters, somehow. If you ever wanted maximum confusion, this sure is how you’d do it. Get it on JAST or whatever.

Muvluv the day after, some fandisc-y thing, is at last officially released. I think there was a fan patch? No idea how good that was though, ah well. Maybe once I read Muv-luv I’ll care.

Nekonyan is planning to kickstart kinkoi. May they merrily fail to deliver any of their goals on time as is usual for kickstarters. Though they claim many learnings from their previous Aokana physical kickstarter. Who knows, maybe they’re even right.

The committee of zero’s R;N DaSH patch is out, along with an update to its R;N Elite patch. You can get the DaSH patch here for that sweet, sweet actual mouse support. And the usual translation fixes and whatever. What do we even have some of these companies for at this point? Only for bad agency hackjobs? I guess you do need a high-power fandom to actually get things done, though…」