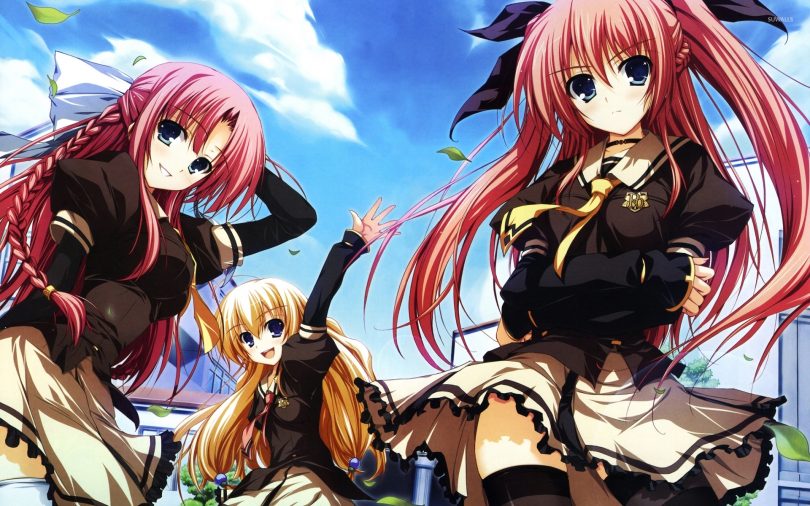 This week’s image is from Akatsuki no Goei, which got a prologue patch released today.

「Well, it’s another mostly unventful week. Slobbish dragon princess is apparently some whirlpool moege. Also did you notice that VNTS is starting to sometimes use localized titles? I feel like it used to never do that. Oh well, it’s 8 am and I haven’t slept yet. The metavntsical speculation can wait.

I call it uneventful, but I’m biased — I can’t get excited for partial releases. But if you feel different, then akagoei’s prologue patch will offer a taste of what’s to come. Personally, being friends with the translator (reminder: you cannot fully trust me regarding this project), I’ve seen a stream of the whole dang patch, except he skipped all the boring parts without jokes, so not really. Worth it? Worth it. I even recommended some improvements on the fly because you can’t just stop being an editor/qa/text person that easily. But not that many.

R;N Elite got its fanmade fix-patch released today, complete with such luxuries as mouse support. Sometimes I wonder what the intense effort seemingly available for sciadv titles could do for projects in other genres… but I guess you can’t just redirect such chaotic energy easily.

There’s also a patch that puts the English KnS 2 translation into the KnS 2 remaster now, apparently. It seems to be discord-administered with the links provided through this imgur gallery, for some ungodly reason.