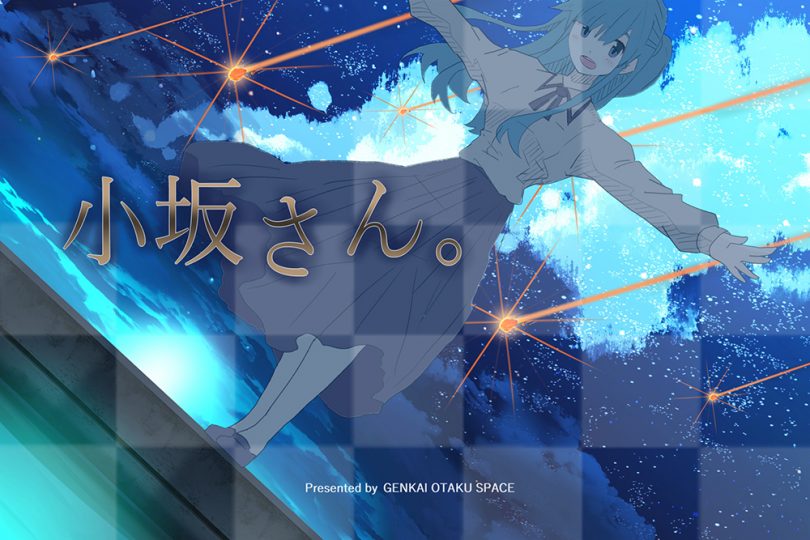 「Hi, I added more work for myself by adding the italics for new entries or releases rule. Actually this isn’t very hard because I have to check bolded shit for progress anyway, but whatever.

First off we have Kosaka-san, a free one-hour doujinge that has subahibi vibes or something. The translator is MDZ, who seems to have fallen out of the VN community for about 5 years only to return in somewhat different form. Where his KoiRizo translation was produced in a rather quality-suboptimal if practical fashion (100 lines per day, fairly literal for speed, never rechecked, with low Japanese skills), he mentions that his philosophy for Kosaka-san was fairly liberal. I’m always happy when people actually try to translate well, so hats off to that! —I can’t actually comment on the translation because I didn’t do any comparisons. Maybe in 2025. Either way, it being a much shorter work is kind of instructive. I really do advise fan translators to aim for works that don’t waste your time — you can actually finish with decent quality without spending that much time (but it may still take 100s of hours).

Iroyoridori is apparently an NTR game. I don’t really know much else. If I read one it’s going to be gatenkei anyway.

Wan Nyan Cafe’s hcgs were mostly to my liking when I checked them out on exhentai a while ago. Probably that is the main value to be extracted from the game.

Kanosen is some kind of simulreleased nukige it seems. Interestingly uninteresting.

The Humbling of a Holy Maiden is kind of hilarious, because it’s like the one(1) game from maker Yoru no Hitsuji that doesn’t have lolis. Well Steampicked by Love Lab I guess, lol (repeat after me: fuck this market!)

Also whoa the VB kickstarter is tomorrow? checks computer clock uhh in two days for you Americans, but anyway: definitely interesting, the actual Western name will be VB Hollow because payment processors look at you funny when you include hypnotism (strange considering its probable inefficiency in real life), some vaguely acceptable translators are on it, I don’t really care about it because it’s complicated gameplayge (give me the comparative simplicity of shinsetsu mahou shoujo any day).」