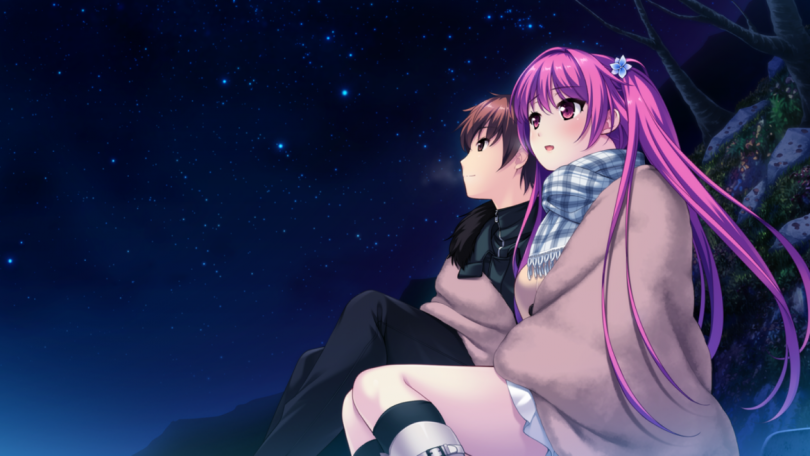 Welcome to the Fuwanovel VNTS, where we shamelessly copy the work of one illustrious 4chan /jp/ member in collating translation progress and add minor dabs of value through corrections and additions. Oh, and Zaka gets to be opinionated at the end. He loves that almost as much as writing about himself in third person.

Loca Love Vol 2 – Released (JAST・Fakku)
Sharin no Kuni – Debugging of the game engine ongoing, to be followed by beta testing

「The Evenicle 2 demo — Alicesoft going solo rather than with MG this time — is out on Steam, and 4chan and elsewhere has been abuzz with complaints that a certain loli h scene has been taken out, because Steam. I feel like I remember reading it was plot relevant, but it’s 3am and I don’t feel like researching it. There seems to be no reassurance that said thing will be re-added, so if you care you might want to keep watch.

The new Love Lab pickup Chinkamo seems to be in the moenukige direction, but what’s really fascinating is what the hecc “chinkamo” is supposed to mean. Autism warning: only read the following if you do not value your time. You see, “chinchin” used to mean not just the dick, but a state of being jelly, and “kamokamo” is apparently an adverbial akin to ともかくも expressing either a disliked situation that one nevertheless lets pass or idk it just continuing on and on the nipponese is not sufficiently clear for my current knowledge, which leads us to “chinchinkamokamo”, a state of extreme closeness of two lovers that causes others to get jelly just by seeing it. But the title is just “chinkamo”, you protest. Okay sure but chinchinkamokamo had already gotten shortened to chinchinkamo, are you really going to deny them this? I am vaguely surprised then didn’t put the chin in katakana so it would also half imply dick considering it’s a nukige, but whatever.

Loca Love 2 was banned from Steam a while ago, presumably because someone mentioned school in passing or had a school uniform on despite being 300 years old or whatever. After a long delay it’s now out on other platforms, where it will sell like 1/10 of the copies it would on Steam because that’s how it works. Great market!

Did you forget about the Akatsuki no Goei project? Let me assure you that the translator still hasn’t, but after a clusterfuck of sellout negotiations and dramatic developments pertaining to such, aforementioned translator wishes only to convey his deep distaste for a certain worldwide company. Anyway, it’s deader than disco as it stands. On an entirely unrelated note, were you aware that several projects in the process of selling out have borne the status “technical difficulties” or similar? Really makes you think.

The miazora FD patch team seems entirely unwilling to commit to doing a fix patch for the main game, so basically I recommend not counting on it . It’s rather bizarre to have the FD available uncensored and the main game not, but we live in a strange world indeed. I mean the FD was probably just shorter. I bet that’s the real reason wwwwww——