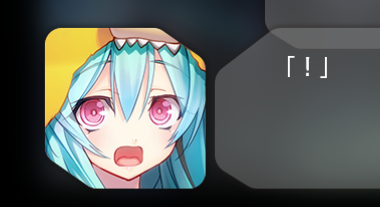 Welcome to the new old Visual Novel Translation Status. What is this? It’s the VNTS we used to do back in 2015 — copied from 4chan, no frills, comes out on Sunday, but at least I have a comment box at the end. Why? Because clearly the people previously involved are too busy being busy, lacking the necessary effortium, or plain MIA (RIP Tay). The old new process we used from sometime in 2015 onward is unfortunately labor intensive (there’s no reasonable way to automate it*) and hard to outsource (there are likely to be multiple methods, but finding one, as well as coordination, requires effort, which I am trying to get away from to begin with.) As such, long live lowtech, copied-from-4chan VNTS. It’s not good, but so where near.

*probably. I’m not going to write 30+ different customized status scrapers, I don’t even know how to write one!

Anyway, let’s get straight to it. Entries updated this week in bold:

「Okay, so the truth is it’s 2am and we’re going  to some cabin for a week tomorrow and I’m sleepy and really I should have done this earlier, but let’s try anyway.

Aiyoku no Eustia is getting close to fully translated and edited. As a fairly well known plot-rich VN, as well as a common recommendation for new Japanese readers, I naturally haven’t read any of it since I’m a tragic hipster. It does sound cool though.

Room No.9 is out, hopefully to the acclaim of the BL audience. I’m not sure how good it is if you’re not into the m/m stuff, but BL usually is plot-focused so I guess it might be? They say Shingakkou is kamige… As a JOP I have infinite backlog though, so unless I hear exceptional things I’ll probably stick to not even reading my known kamige due to laziness.

Ittaku is back to working on Haruuru, the project having found nobody else good enough to work on translating the scripts (I heard a handful got rejected for being really bad though, which is a good sign tbh.) It seems like he might just do it all in the end. The real question, though: will they sell out, or will they try to sell out but fail?

For the moege lovers, IxShe Tell (a questionable pun on aishiteru — sorry if this knowledge hurts you) now has a release date at the end of the month. I feel like this one is less remarkable than their previous releases based on my vague hype readings, but maybe I’ve just been around less fine, well-adjusted individuals lately.

Oh, and if you like/dislike this new lower tech VNTS, do tell me about it in the comments. It’s purposely easy to do, so that I can actually do it each week, but maybe there’s less value in that these days? These posts used to be a big draw to the blog, though, so I figure it’s worth a try.」