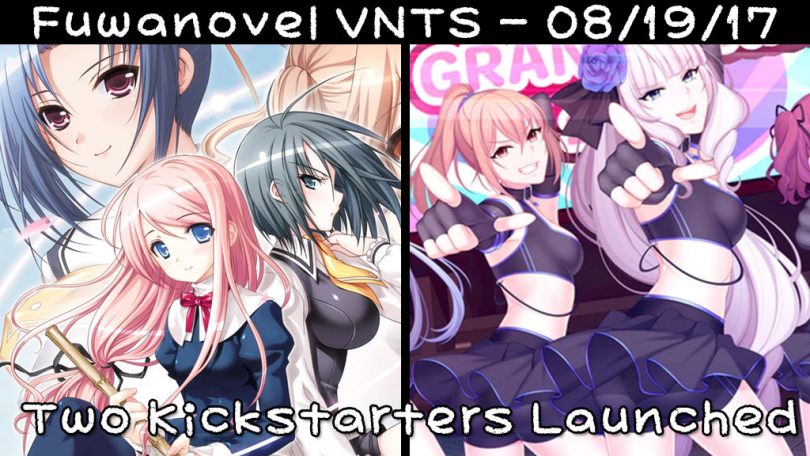 From The Team:  Comparatively slow week, and it’s been a tough day over in Camp Tay. Thus! I’m going to let this intro stand alone: short and sweet. Much thanks to Decay for his help compiling game updates. – Tay

Decay’s MusingsHey all, it’s been a little while since I’ve done a commentary. I’ll try to be a bit more active here from now on.

Since I missed last week’s commentary, I’ll say that Otakon was pretty cool. It was kinda disappointing that MangaGamer was the only company who announced any VNs there, but they were still good announcements for Rance fans. I’m not really a Rance fan, though, and none of their other announcements really spoke to me. They have enough good stuff already in the hopper that I’m not really too worried about it.

SP may not have had anything at Otakon (apparently because it was a last-minute addition to their con tour), but they have teased some announcements at their AnimeFest panel happening… *checks watch* really fucking soon! 1PM EDT today, to be exact. I’m really not sure what to expect from that. I suspect their biggest announcements of the year have already been made, but you never really know.

JAST probably won’t have another announcement this year. Like last year, they said their piece at AX and will probably let that be that. Unlike last year, they’ve been making a minor stink about how they’re turning a new leaf. New JAST, according to them, will post more updates, will have a fancier site, and most importantly, will release more VNs. They’ve already launched their new site this week. I’ll believe the last part when I see it, though. I would really, truly love for JAST to start kicking ass and releasing loads of VNs, but it’s just so hard to imagine. They made similar claims in 2015, where they claimed that they would release almost their entire backlog, and only ended up releasing a tiny fraction of it. I want to believe.

Sakura Sakura’s Kickstarter is pretty interesting, but it had a pretty unfortunate start and it’ll be a struggle for them to reach their goal. My current prediction is that, assuming they get no additional promotion, they’ll end up with daily gains in the low hundreds and have around 50% a few days before the end. And at that point they will basically need additional promotion if they want to make it. I hope they do make it because I always appreciate more competition.

Their promise to have an honorific toggle is quite bizarre. To be honest, I don’t really see the point. I’ll support translators on either side of that issue, but I feel like you need to pick one and commit. They gave a glimpse of what it would look like on their Discord, and it was rather unimpressive, with honorifics just straight cut out and no other changes made, including for a teacher character where students called them by their last name alone, something no one does anywhere. If you don’t want honorifics in a translation, then you have to localize them, not remove them.

Anyway, that’s it for this week. Have a good one, everyone. And if you pray hard enough, then just maybe we’ll get our forums back!