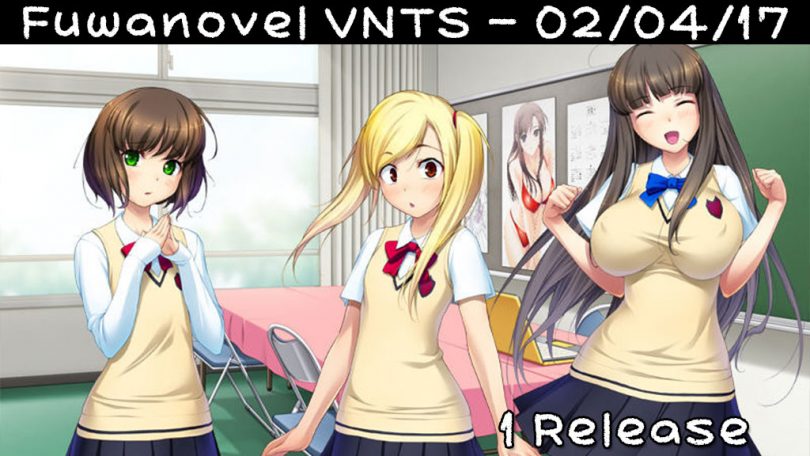 This week’s header image comes from our lone release: School Idol QT Cool (VNDB) which you can pick up over on MangaGamer

From The Team:  Hey everybody! I’m tired. How about you? Also, I’d like to circle around and see what the Da Capo 3 players think now that we have some time under our belts and many of us have finished it (royal “us”, I haven’t finished it, myself). One release this week (School Idol QT Cool, nsfw). Do note, however, that a few games popped up on MangaGamer this week:

Decay’s Movie Review CornerSup all. Anyone else ever feel like your tastes have become too one-dimensional over time? You find something you really enjoy, then stick in that comfort zone for way too long until you eventually become out of touch with everything else. That’s me! I’ve been trying to keep up with music and to a lesser extent anime, but I only really half-ass that effort. But for movies, TV shows, manga, and books? Yeah, I’m completely out of the loop on those.

So this week I decided to catch up on one of those. And being the intensely lazy man I am, I opted for the lowest-hanging fruit available: Movies. I toyed with the idea of reading all of 3gatsu no Lion, but Christ, look at how many chapters it has! So movies it is. The only movies I remember watching in the last five years are Dark Knight Rises, Cabin in the Woods, and Mad Max Fury Road (a masterpiece). I looked up the top rated movies of the last five years and decided to have a go at them, starting with Snowpiercer.

Snowpiercer is kinda bad, it turns out! I don’t understand why it received critical praise, to be honest. The concept is neat, but they don’t execute on it very well. The acting is dull, the direction and writing are kinda eye-roll-worthy. The parables they were attempting to draw seemed much too shallow to be of any interest, and the action was just kind of boring, so I just couldn’t find anything to like about it. The part in the mid-point where the protagonist has to make a tragic decision to further the cause of his revolution actually elicited a laugh from me at how cornily directed that moment was.

After that was Hell or High Water. I liked that one a bit more! It’s billed as a “neo-western,” though the analogs to the western genre seem tenuous at best. The characters were interesting, and the movie was well paced. If it’s gonna try to be a western, though, I think I’d prefer it darker. I did enjoy Jeff Bridges showing up to land another great performance. That dude hasn’t spent a year without working for the last, what, 40 years?

Next up will be Interstellar. I’m going to watch that as soon as I’m done writing this. I’m a mild Christopher Nolan fan, and it’s been recommended to me. I know it’s not his most beloved film, and it’s more of his brother’s story than his, but I hope it’s at least fun to watch.

Any of you guys have any suggestions for what I should watch next? Recommend me anything produced in the last five or so years that I haven’t already mentioned, I’m game for almost anything except mundane romantic comedies and lame sex comedies. Actually, I dislike most Hollywood comedies, now that I think about it.

That’s it for this week. Next week will be about visual novels again, I swear! See you all then.