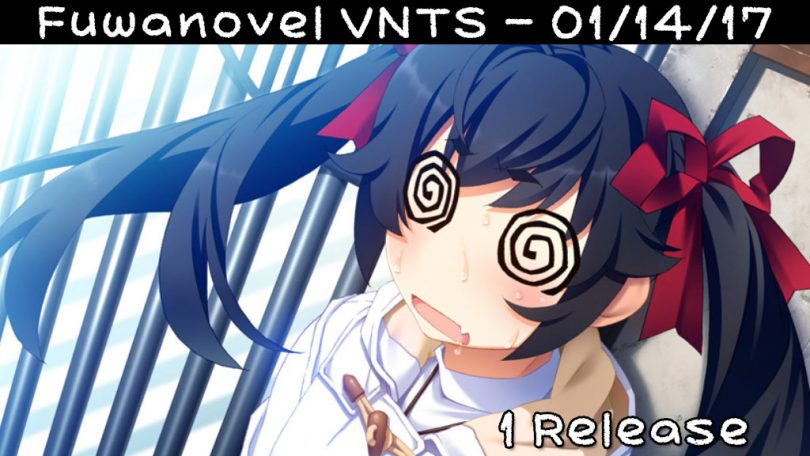 This week’s header image comes from our lone release: the Labyrinth of Grisaia‘s ages 18+ version is released. Buy it here.

From The Team:  This week is the yearly list purge, in which we remove a bunch of dead projects. We only removed 9 this time — far from a record — but you can catch the full list in the “Removed” section below.

Each January we trim our list down by removing stalled, abandoned, or low-quality projects. Nine titles were removed from the list this week. Details below:

Decay’s MusingsJust like Tay below me, I am extremely late on basically everything in my life. I have finally finished Himawari and have begun writing my review. I got one whole paragraph done in the last 30 minutes! Now I just have to come up with a good ten to twelve more. The opening and ending paragraphs are always the hardest for me, actually. They’re the parts where you actually have to write. The middle parts of the review are just filled with your standard evaluative fare anyone could vomit out. At least, that’s how it is for me, and is probably a sign that I have a lot more room to grow.

30 minutes for the first paragraph is much less time than it took for me to come up with how to open Labyrinth of Grisaia, actually. I was really puzzled by how to express myself in that one, for whatever reason, as evident by my confused metaphors. Just what was with that bridge nonsense? Anyway, Himawari will probably be the last review I do for a while. I apologize to all who have been affected by my recent unreliability. I just can’t do regular reviews anymore.

So anyway, Dies irae, huh? I was always reasonably sure that it would make it, even when others called me delusional for thinking so. I’ll admit that things were a little too shaky for comfort, but in the end the surge came as predicted and brought things over the finish line. Actually, it did more than come as expected, it slammed through the wall like the Kool-Aid Man, offering refreshment in abundance. Even I, Mr. Optimistic, was taken aback by that. The final two days ended up accounting for over a third of the overall funds, which is well above the norm. My personal pet theory as to why this surge was so large was because the rest of the campaign was so lackluster. A lot of people were offput by the shoddily run campaign. These people become fence sitters, waiting until the final days to make a decision. But when push comes to shove, they want their Dies irae.

That campaign ended up proving some things. First and most obvious: God, is decent PR ever important. If the campaign was better run, those fence sitters would have joined much sooner and brought some stability to the affair, which would have encouraged more people in general to back. The other thing it proved is that there is indeed an audience for this kind of game. I saw plenty of skeptics, and I believe the campaign doing as well as it did despite the rough road it traveled proved those skeptics wrong. Think about how much better it would have done had the campaign gone more smoothly. The $300k goal is plausible in a well-run campaign. I have hopes that a successful Dies irae can help spur interest in the chuuni genre here in the west, and get people looking at similar VNs.

Anywho, I recently shifted my sleep schedule to something slightly more sane, so it’s getting pretty late for me. I should hit the sack. See you all next week!

TAYsteful Thoughts™I’m late on, like, everything in life. Except bills and taxes (still on top of those, thank goodness) (and I’m pretty sure that makes me a responsible adult. And you know what THAT means? It means I can eat ice cream for dinner if I damn well please, thankyouverymuch, and I’m going to go and do just that). I’m also sleep deprived. Not just a little. A lot. What was the question again? I am not a crook. Have a good week, everybody!