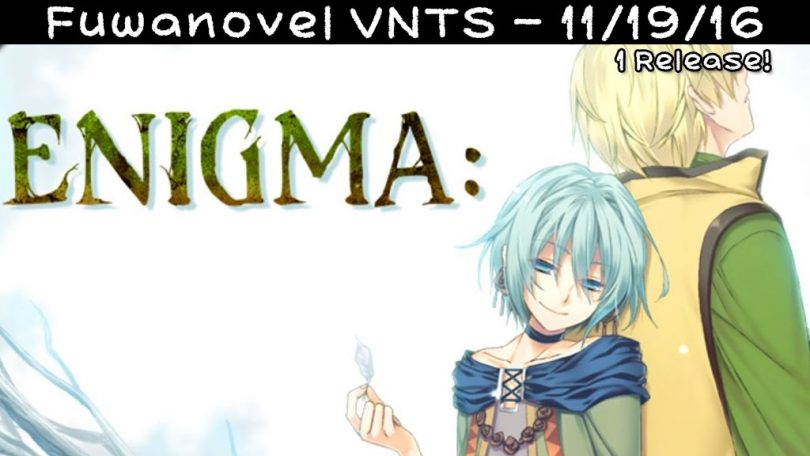 This week’s header image comes from Enigma:, this week’s big release (Fruitbat Factory or Steam). Be sure to also check out our FuwaReview of the game here!

Howdy, all. How has your week been? Staying out of trouble? Decay really worked his tail off on the list this week — I was Skyping with Batman about Fuwa work and Decay finished nearly all of the tables by himself. Please drop him a big Thank You in the comments, if you could!

Be sure to read our official review of this week’s release: Enigma:

Anyway! Welcome to our weekly VNTS (Visual Novel Translation Status) series, in which we track visual novel translation updates in-house (we don’t rely on /jp/ posts on 4ch, for example) and post it for your enlightenment and enjoyment each Saturday. If you find any errors, or you think a project is missing from this list, please let usknow in the comments.

「Will Zaka appear? Only time will tell…」

I remember a time I could reasonably read everything coming out. Back in 2014 when I had no real responsibilities and there were a grand total of eight new official non-nukige translations between MG, JAST, and SP. That was also the year I dove head first into VNs, with me just dipping my toes in the few years prior. I voraciously consumed everything I could get my hands on.

By 2015 I was slowing down but still eager. In 2016 I decided to edit a 53,000 line VN, to take reviews more seriously, to occasionally post news for the fuwa blog (although not nearly as much as I would have liked), and to keep the VNTS train rolling at all costs. As a result, in 2016 the only VNs I actually managed to finish were the ones I was assigned to review, except Flowers. My eternal apologies to SolidBatman for not pulling through on that. Maybe eventually…

And gosh, everything just keeps going onto my backlog without any hope of me getting to it, while the coming months promise to be my busiest yet. So I have to make a promise here and now to myself and you guys that I will read Himawari. If I don’t make this promise, I fear I never will get around to it. Maybe I’ll even review it! Hold me to this one, guys. Give me a good berating if I don’t get around to it.

Maybe this weekend I’ll dabble a bit in Enigma. It seems like something I might really enjoy. And wow, would you look at that, The Official Fuwanovel Opinion™ is that it’s fantastic! I mean, I’m Fuwanovel staff, so surely that means the official Fuwanovel opinion is also my own opinion, and who am I to argue with my own tastes? I trust myself just barely enough to convince myself that this is a VN worth playing.

It’s strange, though, I think 2016 will definitely go down as one of the better years for VNs. It’s just a shame that, well… this happened: 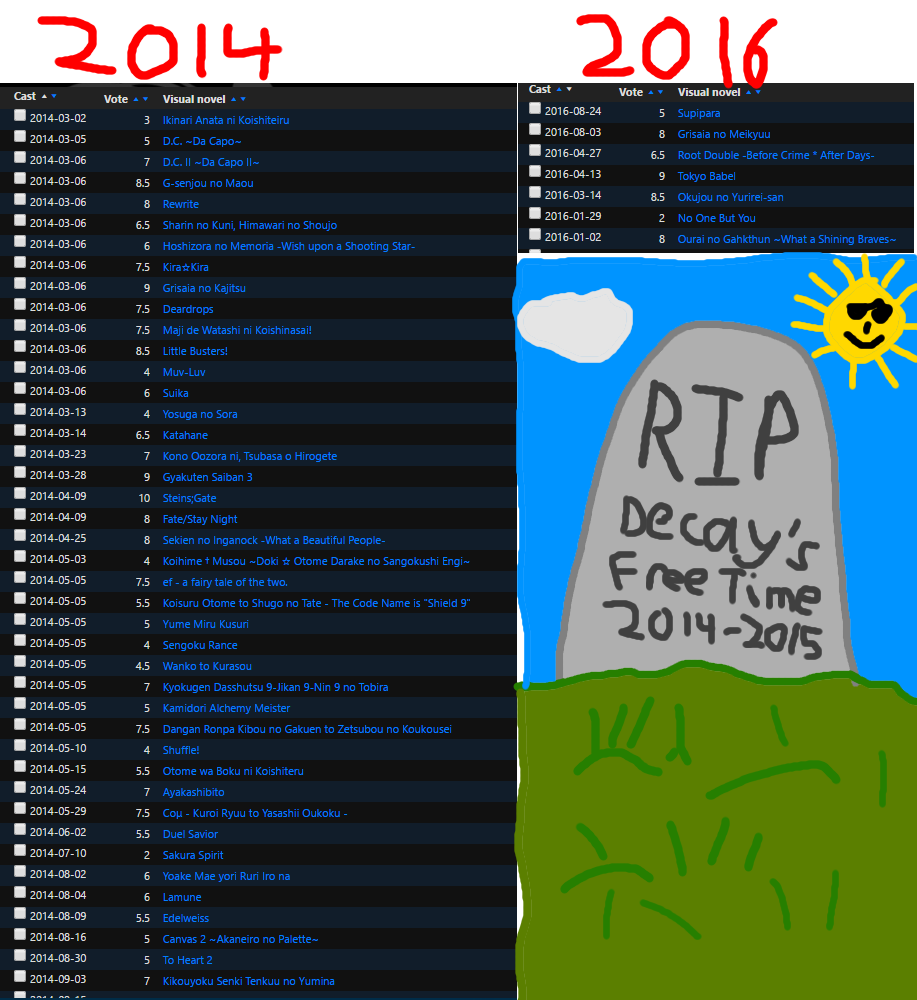 As some of the regulars know, I occasionally go through my email inbox looking for entertaining or especially odd complaints and/or hate mail. I put a few up on Twitter this week, so I thought I’d add them here in case you missed them:

From Tay's Inbox:
"Fuck you. Fuck Fuwanovel. We still waiting for pix of shirtless @zakamutt."

From Tay's Inbox:
"Love the site. Just wish you had forums or something."

4m Later: "nvm found it. Somebody mustve just made it or smthing"

From Tay's Inbox:
"Fucking hate how you keep including man fucker games in VNTS. Go to hell. Let @Decay382 drop them all like he wants."

Last One – From Tay's Inbox:
"I will hack you & prove how much otome is paying you to promote their shit" … "You'll be a laughingstock"

Here are some of my favorite replies:

@ArchmageTay Big otome, guys. It's real, and it's coming for your eroge to turn you gay!

I freaking wish big otome was paying us. https://t.co/0nuU2KUXFZ

@ArchmageTay @solidbatman1 Sorry guys, I've been hoarding it all for myself. It was all paid in Mystic Messenger credits, though.