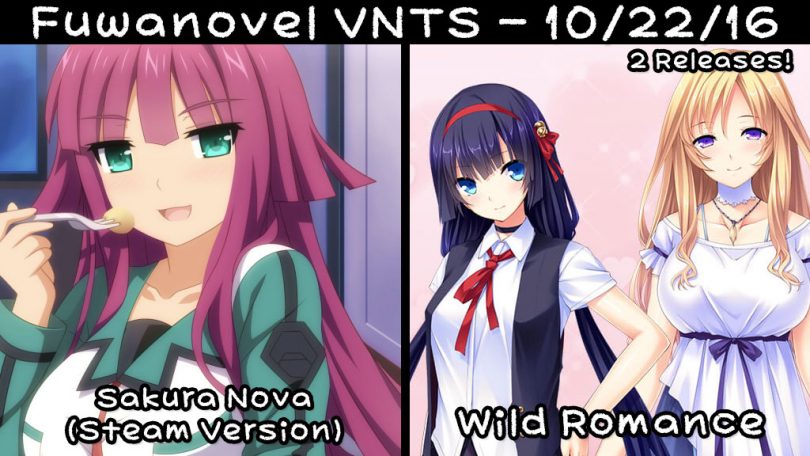 This week’s header image comes from our two releases: Sakura Nova‘s (Sekai Project) Steam release (Get it here); and Wild Romance (Zoo Corporation) (Also on Steam, get it here).

Hey everybody. Well, it’s almost Halloween. I’m curious: any of you dressing up? I’m dressing up as the wall from “Stranger Things” (which is really good, if you have Netflix and haven’t checked it out, yet. It’s a kinda spooky (ish?) watch for the Halloween season!). Yes, you read that right. The wall.

Q: Dressing up for Halloween? Speak up in the comments! 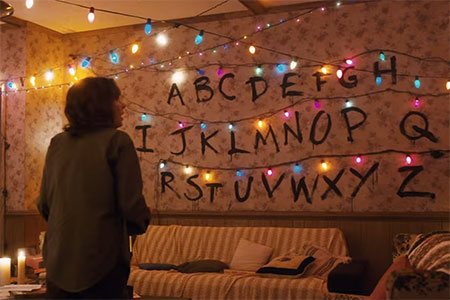 What’s maybe even more confusing is that they’re cutting more than just porn. They’re also removing large parts of the script and further simplifying the already simple story because apparently they want their game to be as vapid as possible. Plot points are being removed, conversations are cut and replaced with short summaries, that kind of thing. I can’t even begin to speculate on the real reason for this, as that stuff actually seems perfectly appropriate for Steam. If you want some specific examples, brave Fuwanovel user Dergonu bought and played some of it side by side with the Japanese version and talked about this experience here.

And then a few days later, Shuffle reappears out of nowhere. Active Game Media, a huge Japanese localization company with hundreds of games under their belt and hit-or-miss results, is jumping into the VN business with their new brand YumeHaven, specifically targeting bishoujo VNs. No, that name is not MangaGamer. Turns out, after Navel’s breakup with MG, they decided they weren’t done milking Shuffle and licensed it to a new company for a Steam release. It will have a new translation, and this time it will be a port of the Playstation 2 version, with two additional routes the MG version did not have (Kareha and Mayumi).

Doesn’t that seem a little… wasteful? Doesn’t Navel have several other titles they could have localized instead? It seems they’d rather spend resources on redoing from scratch something VN fans have already had for seven years now. I could have understood it if it was the Essence+ version. Hell, I would have given Essence+ a shot. That version not only adds four more routes, but it also revamps most of the existing scenes, extending and improving them. But the same game with a couple extra routes and no h-scenes? Eh. I can’t think of a more boring first release for YumeHaven. I hope they have something more exciting in store for us than that.

Haha, wow, what a stupid, shitty, ranty commentary. My apologies. May the next week be saner for all. In conclusion, here’s this week’s ASMR chillax trip of the week:

I’ll be the first person to admit that my taste in music is bloody fantastic (major WROCKer, yo). So, this week, when I encountered three surprisingly diverse and catchy songs, I thought I’d share them for your edification and enjoyment.

What are you listening to? What did you think of my listening picks this week? Have a good week, everybody!