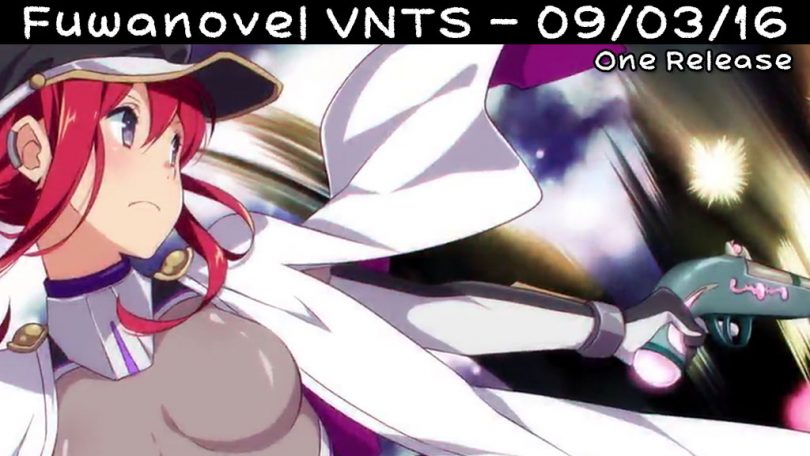 This week’s header image comes from Sakura Space (Winged Cloud), the lone release this week. Buy the 18+ version on Nutaku here. There is no all-ages version.

Hey everybody! Good news: all VNTS posts should now be fixed. Yay, right? More good news: I put together a new section (whether or not it’s a regular thing is uncertain, so enjoy it while it lasts!) below the game updates this week: chronological listings of releases and projects we dropped. Take a look and let me know what you think!

I also want to thank Decay for his exhaustive review of VNTS last week. He was up literally all night checking all the projects and putting VNTS together, and so please join me in thanking him for all his hard work. He really cleaned things up, and deserves much love from all of us.

Oh, right, one last thing! Be sure to check out the latest translated KimiNozo audio drama over at KimiNozo.life, Evan translated and released a new one last week! They’re pretty interesting if you’re looking forward to the eventual KimiNozo translation.

Projects We Stopped Tracking in 2016

Hello, friends. Things finally seem to be slowing down a little as they tend to do in late summer and autumn. Maybe this will give me time to go back and appreciate some of this year’s earlier releases? I mean, it’s a good dream to have, isn’t it? Reality almost certainly won’t be so kind. I’m actually getting a little worried, there’s a lot of stuff I want to read and I feel like I may never get the chance to do so. This will sound equal parts privileged and sad, but up until now I have never had a moment in my life where I simply did not have the time to do what I want to do. I can’t help but think back to the time when I was an actual nobody with zero obligations and spent all my time actually reading VNs instead of doing the random stuff I do now. Editing, reviewing, VNTS/news posting, various RL stuff, etc. I regret none of that, but I do miss the simpler times a little.

As for what I have been up to, I finally got my woefully delayed Supipara review out the door. I was hoping to like it more than I did. This was a strange one to review, because after finishing the game and going into the review, I thought I would give it a 3/5. On VNDB I gave it 5/10 which is square between 2 and 3 on our scale, except maybe my feelings were leaning a little towards the positive side of things. As I wrote about the game more and more, though, I started to realize how full of faults it really was. I thought back to my experiences with it, how I felt, and why I felt that way, and ultimately I’ve come to the conclusion that Supipara is just not very good at all. I wish minori would have stuck to their wheelhouse instead of trying to make a simpler, light hearted moege. They’re clearly not very good at that. And I say that as someone who’s generally okay with moege.

I make it sound like I’ve been crazy busy and I have been busy, but what has also played a large part in me not reading many VNs, getting my review work done in time, or even fulfilling my personal quotas for Dracu-Riot editing has been a mountain of personal and emotional issues swarming around me right now. I’m not going to make this into some emotional pity-seeking blog post or anything. And you shouldn’t worry because it’s nothing super serious, just some shit I have to work out. I’m saying this because I want to apologize. I’m sorry to SolidBatman and the review team, I’m sorry to the boys over at The Oxford Comma is Superior Subs for slacking on my duties, and I’m sorry to everyone who has been looking forward to the full, polished Dracu-Riot patch. At this point, I’m not holding back the 100% Miu route patch or anything (and that IS cooking along). But my recent inactivity means that the patch that does release might not be as polished as it could have been. And while we plan to release the Miu translation ahead of the fully edited and TLCed release, this also probably means that the edited release will be delayed even further. The bummer about this is that I’m not really out of the woods yet and I don’t know when I will be, so my sporadic activity will likely continue for at least a little while. I’ll try to take on fewer duties than usual for the time being (although I already accepted a Flowers review key… haha).

ANYWAY, enough of that. I heard there was some drama about Baldr Sky? Yeah, whatever. I actually don’t have much to say about that. I regret commenting on a similar matter in the past and ultimately we aren’t privy to the majority of the details surrounding this scandal. I could think of several scenarios where SP is in the right here, and several where they’re in the wrong, and the answer is probably somewhere in the middle. So I kind of just refuse to take a stance on the matter for now.

Also MVP of the week is MangaGamer. Twelve updates? Jesus. If only one was for Himawari. Anywho, that’s all from me. See you all later.

So! What did you think about the recap section? In case you were too lazy or just missed it, I’ll reproduce it here:

Projects We Stopped Tracking in 2016

I’m not sure this is something I’ll do every week. Maybe once a month? Idk. It’s not a huge deal to update it each week, but we already have so many tables. Let me know what you think, eh?