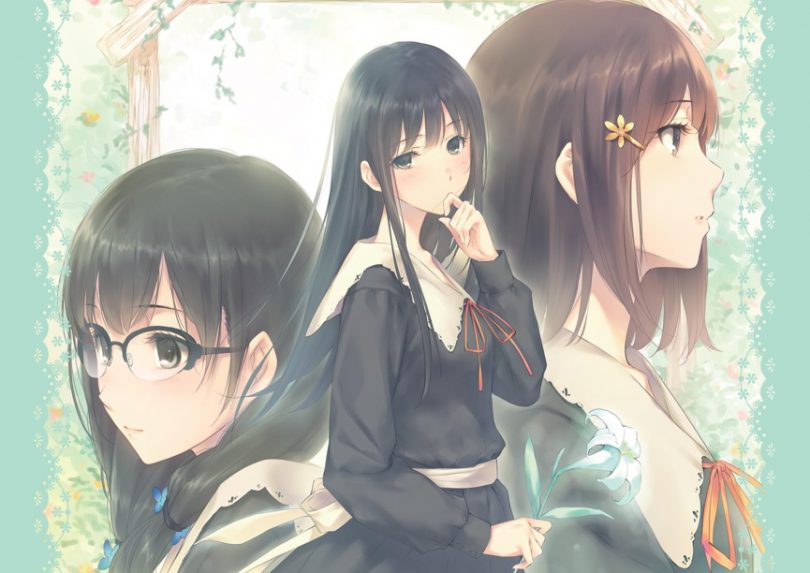 Flowers -Le Volume sur Printemps- has been one of the most confusing pre-release VN experiences in recent memory. From the unexpected way it was licensed to the bafflingly unpolished demo and subsequent delay, it seems like nothing about this project has gone the way anyone expected. There’s still much left up in the air, and I will attempt to clear things up for everyone, explaining just what happened. I also talked with JAST USA brand manager and Flowers project manager Nicholas Graham to help figure out just what happened, and explain what JAST is doing about it and when we can expect to see the finished product.

JAST surprised us all when on July 3rd 2015, they announced a Fall 2015 release date for Flowers. This was poised to be one of their fastest turnaround times from announcement to release yet. It wasn’t to be, and Flowers missed its initial release window, proving many cynics correct. The reason for this, says Nicholas, is that they are attempting to port it to Mac and Linux. “This is a new challenge for our company, and it’s still in development. We’d like to help bring the Flowers series beyond the Windows platform.” JAST has only ever done Windows and DOS releases before. This is certainly a task that is much more complicated than many may expect.

That explains the initial delay, but it doesn’t explain what happened after. JAST doesn’t have a perfect track record when it comes to translation quality, but they’ve made a lot of strides over the last several years. So when JAST released a demo that looked less like a modern professionally translated title and more like something from the late ’90s, early 2000s, it was a big shock, and fans weren’t pleased. BlackDragonHunt, a translator who primarily works for MangaGamer but has freelanced for JAST, lambasted the demo on Twitter and pointed out a litany of errors, handily compiled here. You didn’t have to be an expert to feel that something was wrong, however. Anyone who tried the demo noticed the typos, the bad grammar, and the unnatural phrasing. Narrated events were highly confusing and full of continuity errors, while the dialogue felt stiff and awkward. An example screenshot from the original demo version.

JAST USA’s outspoken owner Peter Payne quickly took to Twitter to remind people, in a seemingly frustrated tone, that this was an unfinished product they were trying.  Demos don’t typically feature such a stark lack of polish, and there was no indication that this was alpha software. “We knew the demo was still not in a production state when we first released it, but we didn’t communicate this well,” Nicholas said of the negative reaction. “Fans were rightfully upset thinking the demo was the final product. We updated the demo the next day to remove the roughness of the first release. After listening to feedback and concerns from fans, the amount of concern was the surprising part, we decided we needed to take extra steps to ensure Flowers would release with the quality it deserves.”

Nicholas tells me that depending on the translator, JAST sometimes receives scripts that require multiple revisions, but I remain skeptical that this is a typical case. The game was slated to be out this month, just a few weeks after the demo’s release. The fact that they delayed it again and scrambled to add new staff to the project says that this is an unexpected situation. As for what went wrong to lead us to this position, Nicholas blames inadequate oversight. “We had an insufficient process for quality checking before its release, and we made assumptions we shouldn’t have.”

So, how are they going to fix it? To start, they hired a new translation checker, a new editor, and assigned more beta testers to the project, Nicholas tells me. A few of you may recognize one of the new recruits as Meru on Fuwanovel. Nicholas also tells me that they will be focusing on ensuring that “the original story, with all its details, are brought to English,” and on improving “flow and character interactions.” I’m also told that they’re looking into making additional changes, such as an improved font. The demo has been updated multiple times by now, and they plan on at least one or two additional updates to reflect the changes they’ve been making.

An example of some of the changes being made to the script. This is still a work in progress.

JAST has to work hard to ensure this doesn’t happen again. If they had not released a demo, would they have released Flowers without the delay and extra attention it required? It’s a scary thought. JAST seems afraid of this possibility as well. “We’re currently building a better system for game quality, not just Flowers but for all games we’re releasing,” Nicholas writes. “We don’t want to be one of those companies that needs to patch their products on release just to make them functional. We had some of those issues with the initial release of Shiny Days, which should have been caught before release. So we’re taking a look at how we can improve our quality overall.”

They’re encouraging words. JAST is taking this seriously. The delay and the hiring of additional staff is a very costly move that honestly is unlikely to see a proportional increase in sales as a result. It’s clear that they want to avoid a black mark of this magnitude on their reputation. The improvements we’ve seen in the demo are dramatic, but there is still clearly work to be done. There are typos, but those will hopefully be cleared up in the final proofreading passes. I still have some qualms with the unnatural prose present, the kind of issues that likely wouldn’t ever be fixed without starting over from scratch. But otherwise, it actually looks to be shaping up decently.

So when is the full, polished version of Flowers releasing? Nicholas tells me that they’ll take as much time as they need, but their current goal is a May release. This will amount to three months spent revising the script with their expanded staff. Will it be enough? I suggest people hold off on pulling the trigger on pre-orders until we can see more of the finished product, but for now I think we can safely say that the worst case scenario has been averted. Let us hope that the translation process for the next game in the series goes much more smoothly. Might I suggest hiring known good translator and Flowers fan Bad End instead? You already did for Sonicomi! Or any other competent translator, really. Just please don’t make us go through this a second time, JAST.