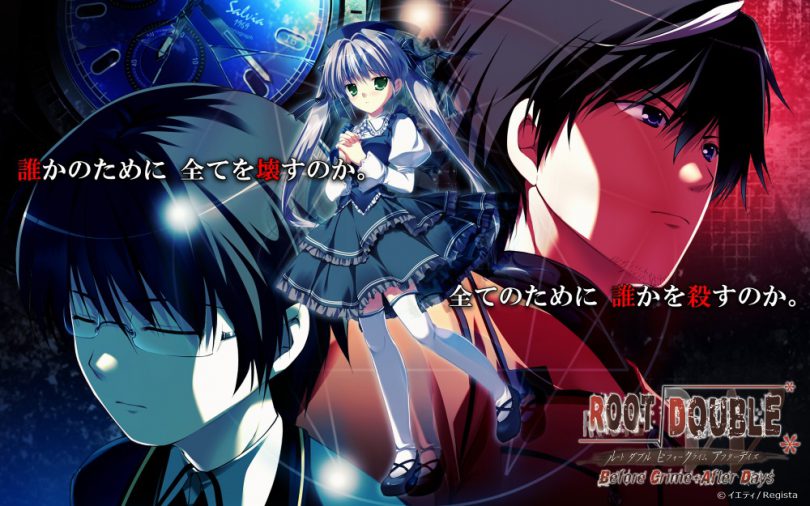 Sekai Project launched their Kickstarter project for Root Double this Tuesday. Root Double is another survival/mystery thriller from the director of Ever17. Several people are trapped in a research facility after a nuclear reactor meltdown, and must survive for nine hours, but this kind of thing is never as simple as it seems, is it? It is highly rated both in Japan and on VNDB. Lemnisca, the translators behind I/O, Killer Queen, and Never7, are going to be handling the translation here as well. I’m pretty excited for all of this. The team at Lemnisca is really talented and deserve the recognition and pay, and Root Double looks like a really cool story.

Sekai Project are asking for $135,000 to make this happen. Stretch goals reach to $180,000 for a fanbook, $250,000 for a 6-episode Drama CD based on an in-game magical girl anime, and  $300,000 for the translation of the audio dramas “Before Days” and “After Crime.” The first two days have unfortunately been on the slow side of things, but there’s still a long ways to go on this one. Check out the Kickstarter below!