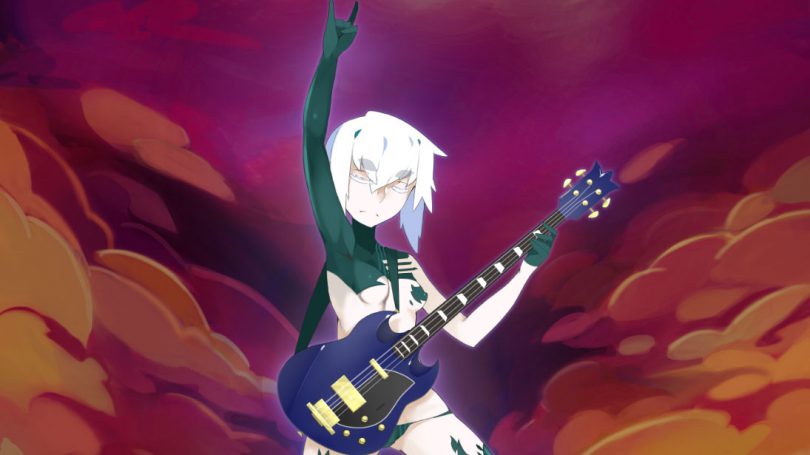 Lupiesoft’s kinetic novel, “The Reject Demon: Toko, Episode 0”, launched this past weekend on Steam. I purchased a copy right away and had a lot of fun with it, and Ryechu, who wrote our official site review, felt the same way:

… overall this chapter is fantastic, and for five bucks, it’s definitely worth picking up and reading in a night. Plenty of action, plenty of laughs, lots of fun. This shows a lot of promise, and I definitely cannot wait for the next chapter to come out! I will most certainly be picking it up to review!

Read the rest of the review

We’re very grateful to Lupiesoft’s Taosym, Colleen, Mink, and Ironstorm for their time (during launch weekend, no less), and for answering our questions. Ironstorm, especially, has been pivotal in Fuwa’s coverage of Toko: our blog posts, the review, and our social media references/links have reached well-over 11,000 unique pairs of eyeballs, and a lot of the credit goes to him for his vigilance (and hard work) (and persistent (but cheery!) check-ins on Skype). 1) What was the original inspiration for this game at the Game Jam?

Taosym: It was based on an old story I wrote several years ago, but it didn’t exist as a universe until the Nanowrimo jam. It was mostly just a 800 word story about a demon from hell.

2) The game walks a pretty tight line as far as sexual content goes. What was it like getting it onto Steam?

Colleen: We didn’t really discuss how much sexual content to have (aside from how to handle some of the ecchi stuff). We were all pretty confident about making a story about a demon powered by sex. My big concern was making sure that power was actually affirming rather than skeevy. That scene where Devon and Ginxhou fluster Toko and Nadia had me really nervous at first, but it got worked out and now it’s one of the best scenes in the game. (Big thanks to Dan for making that scene work, he handled that perfectly.) There’s definitely a lot more room in the upcoming chapters to keep pushing and exploring sex-positivity and affirmative sexuality, so we’re not stopping here!

Confession: I still laugh madly when this pops up.

3) (SPOILERS) Episode 0 was steeped in folklore references. The names and nature of hell, for example, seemed to have been taken from many different cultures. (And then there’s the whole matter of integrating a major Slavic folklore icon into the plot!) Who came up with these references?

Taosym: There is a lot of Italian and Russian folklore/stories I borrow from. I personally am a huge fan of folklore and stories from all over the world from Dante’s Inferno to Milton’s Paradise Lost and the folktales of Baba Yaga and Jack Frost. This tends to bleed into my other works, but in Toko I can directly reference these things.

4) Will future games in the series include more folklore references and integration? 4) (Tay) I thought it was really great to see a full-bodied woman — who is confident and unashamed of her figure — as a central character. All of the character designs, however, take risks. Was there ever a point where you hesitated about a character’s look? How did you resolve that?

Taosym: In stories like Dizzy Hearts or Menagerie I try to consult with people about designs and concepts. In Toko the whole point of this project was to push things and sometimes the most absurd explanation for anything was the best explanation. That’s the fun in a story like Toko. So with Toko we knew that people would have a lot of mixed feelings about Nadia, and we’re not trying to send a message with her character. There are characters that have a more hourglass figure like Devon, or are beanpoles like Ginxhou, Incubi like Klay, muscular like Baba Yaga. I like the human figure and so it felt natural to show a huge variety of different bodies/figures.

Colleen: We never seemed to have much discussion about the right way to portray a character! We were a bit worried that having Ezra’s head out of frame might look weird, but that’s a technical issue. Nadia’s shape was never a big deal, any more than her sexuality was, and I think that reflects in the story. I think it’s just as necessary to have stories where marginalization isn’t a pressing issue and everyone lives the life they deserve to live as it is to have stories that directly deal with and push back against that marginalization. Toko is best suited to the former.

5) Last question: Who is your favorite character in Episode 0, and why?

Colleen: Ginxhou is by far the most entertaining character to write for. She manages to hit that amazing spot where she’s a very strong character with desires and goals and things that upset her, while also being the character we can give all the silly lines to without either of those facets dragging down the other.

Mink: I’m going to agree with Colleen, for similar reasons. That, and I connect to being really deadpan and hungry all the time.

Ironstrom: My favourite character so far is Klay although like the rest of the team I know a little more than our readers. I’m fond of both his character design and who he is, along with how opinions might change. Its somewhere along the lines of rooting for an character in a series and wanting them to improve:D