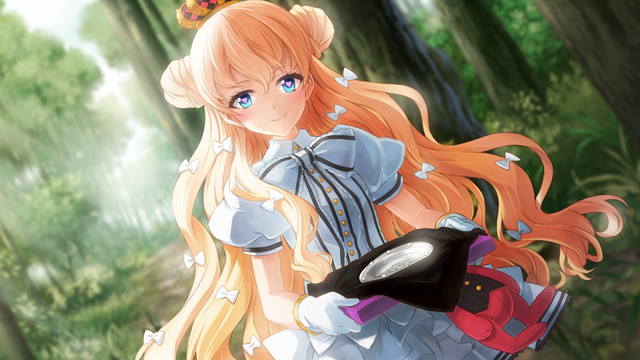 I blame the white chamber for being on time this week (though I actually played it ’til a bad ending resulting in things dissolving two or three days ago, but hush.) Made it hard to sleep. Not for the faint of heart, which seems to at least partly include me…

Moderately obnoxious reminder: if you want your updates fast (usually, unless I couldn’t be arsed for a day or two), the new official Fuwanovel twitter has you covered. Anything I’m too lazy to cover here will be there. I’ll note that other people do have access as well, so not all of the tweets are mine. Just most of them.

This is more or less a copy of a post the user VNTS does on 4chan’s /jp/ board weekly, with some edits, potential additional entries and such. Entries in green have progressed since last week; this week, we saw progress on 9 projects.

HaraKano, which popped up out of… well, somewhere last year, is a nukige far as I can tell (2.0 out of 3.0 on vndb, so there might be some story to it otherwise but…)

KoiRizo is getting close to 100% translated. The usual caveats about editing being a different story are a thing, so you might be looking at a Summer release in actuality. The lead translator is still looking for TLC (none listed) and editors (two listed). The editor test is fairly tough and you should know Japanese better than the translator if you want to TLC (though that last one is kinda part of the job description anyway…)

Eiyuu Senki is a PS3 turn based strategy / VN hybrid thing being localized by Fruitbat Factory. Off the top of my head they also did 99 Spirits and War of the Human Tanks. Oh yeah, and 100% Orange Juice, which seems to have made the rounds a while ago. Europe, NA, Australia and New Zealand will be graced by its presence on the PSN. Thankfully, I have avoided ending this paragraph with an ellipsis followed by a parenthesis.

Also (alright, so this is from 2 January so he might just have dropped it by now):

<Zakamutt> also, are you still working on aokana then or is the interview old?
<astro> i am
<astro> kinda
<Zakamutt> does this mean three projects combined with SP work
<astro> yeah three projects

Being astro is suffering.