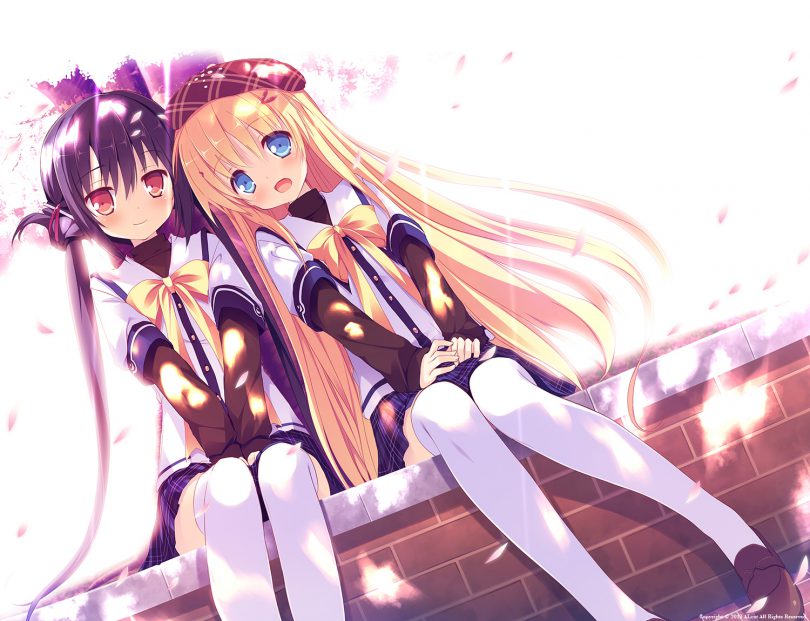 It’s been a while since my last post again, but I can safely say that I am not dead. Anyway, today I bring you an article/post which is different from my news articles. Today we get to take a look into the world of one of the respected members on the Fuwanovel community. I’m not exactly used to doing this yet, but I intend to post more regular interviews with different people. If you recall, this was actually a featured section on the blog way back when, and I somehow managed to get interviewed by Tay back in the day. Clephas was also interviewed back in the day, so what could be better than giving back and sharing the love.

Just a few quick notes, the interview was conducted online and the excerpts were not modified from the original, save formatting and some grammar. Changes were approved by the interviewee and the author of the article. The formatting is laid out with me asking questions or commenting in bold and with astro’s reply below. Without further delay, let’s dive into our interview with astro.

Thank you for taking some time out of your busy schedule to allow me to chat with you today.

So for those of those in the community who might not know much about you, how about you introduce yourself briefly?

Well, my internet alias is astro, so I’ll address myself as such to avoid any confusion. I’m an amateur translator currently working on the Clover Day’s project as well as the common route for the AoKana project. Starting from the top, my three sizes are B28/W25/H29. I’m 18 years old, and my gender is undisclosed. That pretty much sums up my self-introduction.

I’m quite interested in your Clover Day’s project, care to elaborate on it?

I initially started the project with a friend of mine, although he had to take his leave since he was busy with school and stuff. Clover Day’s isn’t the first VN I’ve ever worked on, but it is my very first project. The game itself is what you’d call a moege/charage, and it’s not really a difficult read per se, but there are a many puns that need to be localized, and a lot of weird slang. Not to mention the whole Osaka-ben thing… I’m pretty much the only one actually working on the project. I do all the translating, editing, and QC myself. Which means a script has to go through several passes, all through me. That in itself is making progress a lot slower than I’d like. I’m not too confident in my creative writing abilities, but I do pride myself in the accuracy of my translations. I’m 99% sure the whole script is TL error free. But as this is my first project, I do still have a lot to learn. I always joke about “Clover Day’s TBA 2020”, but between CD, AoKana, and school progress is just really slow right now. I’ll try my best to get another patch out soon. 以上です。

Sounds like you have a tough time solo-ing Clover Day’s. Was there a spark or catalyst that made you want to translate the game?

I’ve always been a fan of ALcot. I actually played Clover Heart’s a while ago (this was their debut game.) I found out they were making a spin-off as a 10-year anniversary project. That’s one of the main reasons I chose this game over other titles, even if it might not be as good.

I’ve dropped by your channel on IRC a few times, it’s #yakusoku if I recall. What do you normally use the channel for if you are a one man team?

I’m actually not online a lot. It’s just a place to chill, I guess. Sometimes people PM me about bugs and stuff. Visitors are pretty rare though. I see someone talk in the channel like twice a week.

Glad to hear you have a place to hang out and give people a hand.

Let’s take a step back and discuss some other things, you mentioned you were also working on AoKana. What other projects are you working on?

I’m working with Sekai Project on a new project that’s in the works at the moment. On the side, I also translate/transliterate VN OPs for people who request it. They can be found here – http://forums.fuwanovel.org/index.php?/topic/4782-visual-novelanime-op-translations/

It’s great to hear you’re helping out around the community. Do you happen to have any suggestions to people new to Japanese or other amateur translators?

Learning or reading Japanese is all about mindset. You could have all the kanji/vocab memorized by heart and still make misTLs. That’s because most people don’t know how to actually ‘read’ Japanese. It takes training to actually understand the nuances of the language. You have to be able to know what the text is implying just from tone and context. So it’s fine if you are grinding kanji, or already have all 2000+ memorized, but it does take a lot of actual /reading/ to familiarize yourself with the language. A lot of misTLs I’ve seen from current projects are due to the translators misinterpreting context (like interpreting the wrong subject), or not having a clear understanding of how the words are supposed to go together. I think translating songs – like what I do – is a pretty good way to get used to the Japanese language’s… ‘indirectness’ or ambiguity. It forces you to analyze sentences beyond just the words so you can extrapolate the meaning through context.

Seems like some great tips for people aspiring to get better at Japanese or to hit the TL scene.

Now for some more general questions, what first got you interested in VNs? Which one would you say is your favorite?

Hm… Well to answer the first question. A long, long time ago, I saw an OP for Bloody Rondo on YouTube. I didn’t know what VNs were back then, but I decided to check it out, because it looked pretty cool. At the time, I actually didn’t know an ounce of Japanese. But yeah, Bloody Rondo was my first VN. Needless to say, I couldn’t read it. I remember even having trouble installing the damn thing. I felt pretty proud after finally getting it to work (lol.) Apparently I needed a NoDVD patch, and I didn’t know what that was back then. I digress. Since I couldn’t read it, I just clicked through and looked at the pretty visuals. (the artwork was pretty good for its time.) Then I found out about text hookers, and I started trying to actually /read/ it.

God, I was terrible… I’m pretty sure I only understood 20% of the whole game. Even so, I was still happy I managed to understand even that much of the game. So I went onto reading other VNs with a text hooker and slowly absorbed words, phrases, sentence structures. That’s pretty much how I learned Japanese – just through reading eroge. Lol. I’m always refining my vocab by speaking to Japanese people on Skype though. And as for my favourite… That’s a tough one. I guess the one that made the biggest impact on me was Hatsuyuki Sakura.

The game by Saga Planets?

It’s pretty well-written and the character development is all there. The endings really stood out to me as well. I won’t spoil anything, of course.

So rumor has it, you like moe and all cute things. Is this true?

With that, let’s talk more about your real life activities. What do you usually do in your free time?

I don’t have much in terms of ‘free time’ because on top of going to school full-time, I work two jobs. On the off chance that I’m actually home, I usually translate whatever I can, chat with friends, and watch anime. By ‘whatever I can’, I mean I translate until my back hurts or until I get tired of it. (I’m not a robot, and I do have a life.)

Since you mention school, what are you studying in school right now if you don’t mind sharing?

I’m majoring in Biomedical Physiology and Kinesiology. I’m contemplating making a switch into Interactive Arts and Technology, though.

That sounds like tough decision, all I can say is try both and see which one you enjoy more. Lastly, do you have any future goals or aspirations?

Thanks for the advice. Well, the only thing I can think of right now is finishing the Clover Day’s and AoKana translations and hopefully pick up many more projects down the road.

Thank you for your time today, we’re all looking forward to Clover Day’s and would like to wish you good luck on the project

Thanks! It was my pleasure.

For additional information about astro, check out these links.