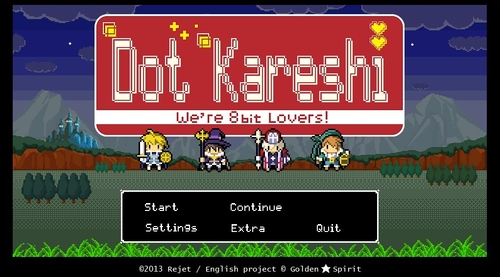 I blame being on time today for reading through -fault milestone one-… wait, no, that was actually me procrastinating writing that CLANNAD article. I recommend reading fault ms1 by the way, really liked it… aaaand to get back to the fluff we’ll blame it on me playing through Eversion instead. Sure kept me awake.

This is more or less a copy of a post the user VNTS does on 4chan’s /jp/ board weekly, with some edits, potential additional entries and such. Entries in green have progressed since last week; this week, we saw progress on 11 projects and the release of a patch for the otomege Dot Kareshi.

Interesting info on Harvest December: unlike some Japanese ports it seems they won’t be released painfully piecemeal.

The Rose Guns Days progress report comes after a decent while of no updates, nice. As of current they have said there will be no patch until they have both episodes 3 and 4 done.

Subahibi still alive, LB!EX still no progress for whatever reason.