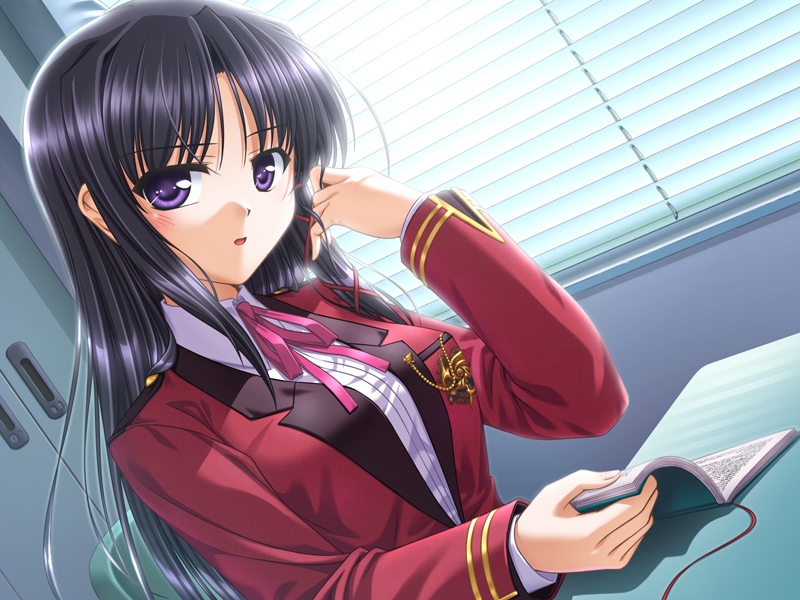 Time to try something new; I shall list the last seven days’ little newsies that didn’t make the cut for a full blog post. A bit more work than I thought… anyway, this is mostly things I’ve mentioned on the new fuwatwitter that didn’t warrant a full blog post. I’ve expanded the points a bit, though. Enjoy!

After receiving lots of criticism due to the low quality of the translation of Nekopara’s demo, Sekai Project has stated that they will significantly improve QA and editing. They claim that the current demo was rushed (like pretty much all their demos…?) due to a tighter deadline than expected. They will also have another translator contribute to ensure quality.

Nekopara is slated for a release on 28-30th December at the next Comiket. Oh, and they’re changing “neko” to “catgirl”. Thank the lords.

Sekai Project has released a new, significantly longer demo for the fantasy VN fault -milestone one- covering chapters 1-4. This reportedly covers about half of the VN. The whole VN is currently translated and is undergoing editing and QA; it should be “ready” this year.

CLANNAD’s HD graphics will be kept at their original aspect ratio. There will be no release but the PC version for now.

If the stretch goal for translating the side stories ($320,000; current amount is ~$269,000) is reached, they will likely be released as a standalone product. Yet another thing to spend your money on!

WAS – The Hourglass of Lepidoptera –

The WAS kickstarter raised $59,740, which will allow for the VN to be fully voiced; it was previously only partially voiced. They may also voice the protagonist (yay!), add more content, and redo the UI. Oh, and it was greenlit.

Hatoful Boyfriend will be getting PS4 and PSVita ports in 2015. Yes really.

Higurashi’s re-translation will be released chapter-by-chapter, not in a blob of four like the first translation. The first chapter is fully translated; the VN is now in scripting. It’s been in that state for a while…

The re-translation will be made available for free for those who bought the first, but the new sprites won’t. That said, the release will be very moddable if the programmer working on it is any indication.

JAST will totally release Littlewitch Romanesque soon. It’s available for preorder. They’ve launched a new and redesigned webpage; more on that below.

Quite a lot of companies are having sales this week:

Dischan’s Dysfunctional Systems ep1 is 40% off on Steam and their own website. Its iOS version is also discounted by $1. As usual with these things, Dischan will likely get more money if you buy it through them, and you will still get Steam keys (probably not for the iOS version, though?).

JAST is having a sale celebrating their redesigned website, with discounts up to 50%. Most of them are quite a bit lower though; for example, Steins;Gate is 25% off at $22.49.

Sekai Project is offering a 50% discount on all their titles on Steam until tomorrow.

MangaGamer’s all-ages Steam version of Cho Denkegi Stryker is currently on sale at a 45% discount. Regrettably it’s not discounted on their own website, despite them getting less money from Steam sales due to Steam taking a cut.

Other miscellaneous MG info: ef -a fairy tale of the two- and Cho Dengeki Stryker hardcopies are currently available for pre-order [page NSFW]. Digital downloads of ef will not contribute to funding the release of supipara; hard-copy purchases will.

So… did I miss anything?