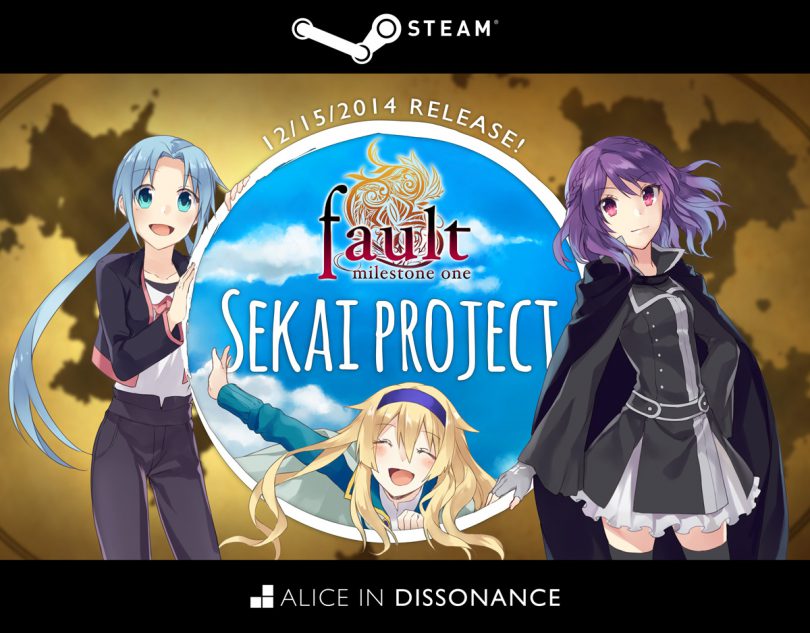 Yesterday, Sekai Project released a translation of the fantasy VN fault -milestone one-. The novel’s translation was funded by a Kickstarter run by Sekai Project. Created by the two-man circle ALiCE IN DISSONANCE, milestone one is intended to be the first in an episodic series, though the second installment is not yet released in Japan. AiD aims to combine western-style storytelling with anime-style art; their writer Munisix is actually an American native who moved to Japan to pursue his dreams.

Description, as given by Sekai Project:

While the title is marked as the ever-nebulous “all-ages”, this generally only excludes sex scenes. One of the CGs I’ve seen has a fair bit of blood flying around, so I wouldn’t recommend it to the squeamish or overly underaged.

You can buy the VN through Steam, where it is currently on sale for 11,24 EUR/USD (25% markdown, with Steam scamming Europeans as usual) or on Sekai Project’s website for $15.00 through a Humble widget. As far as I can tell the Steam version is DRM-free (works with folder moved to a different location and Steam shut down).

This title marks the first release of a crowdfunded original translation by Sekai Project; at the moment World End Economica’s second episode is also slated for release this year.