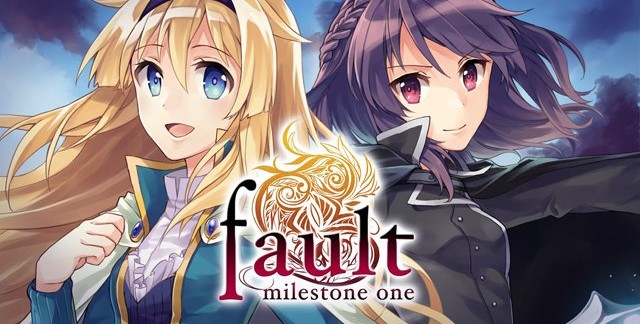 I blame a 10-3 rogue run in arena for being on time today (somewhere in the US at least.) Goals: low. Though I did reach 2.1k on RtK yesterday, suppose that’s someth… hey Zaka, no need to brag until you actually finish.

Alright, time to start adding a moderately obnoxious reminder that if you want your updates fast (usually, unless I couldn’t be arsed for a day or two), the new official fuwanovel twitter has you covered. Anything I’m too lazy to cover here will be there. I’ll note that other people do have access as well, so not all of the tweets are mine. Just most of them.

This is more or less a copy of a post the user VNTS does on 4chan’s /jp/ board weekly, with some edits, potential additional entries and such. Entries in green have progressed since last week; this week, we saw progress on 14 projects and 2 releases; one release is one of MG’s usual fap games and the other is a new, significantly longer demo for fault -milestone one-.

I actually wrote a post on fault -milestone one- way back when it was still in the kickstarter phase. The original demo was rather short; I’ll be reading the new demo at some point during the next week. Well, maybe. Gotta finish up Never7… where was I? Oh yeah, you can get the new demo here. Modestly recommended.

Nice progress on Koichoco editing. Majikoi will most likely be held up by lack of people making patch until some time after christmas; curb your enthusiasm accordingly. Hopefully it won’t take as long as a certain other project that’s been held up due to technical issues…