A Kickstarter for CLANNAD has been launched by Sekai Project just days after its Prefundia was put up. It’s raised $123,453 at the time of writing, not far from its funding goal of $140,000. This happened in more or less half a day.

Most of what you might want to know about the history of the project can be found in my earlier post about the Prefundia page, so I’ll just re-iterate two key points:

As for new information… well, we did get a cost breakdown. 10% of the money will go to for Kickstarter / credit card fees, 40% to translation and editing, and 50% to licensing voices + physical goods production and shipping. At the bottom there is also a progress update on SP’s other projects:

[…] our previous Kickstarter projects are also progressing quite nicely! We’ve released World End ECONOMiCA episode.01, and episode.02 will be released by the end of the year. fault milestone one chapters 1-4 also have been translated and we will be updating the beta very soon!

I’ll end this with a letter from VisualArt’s CEO, Takahiro Baba: 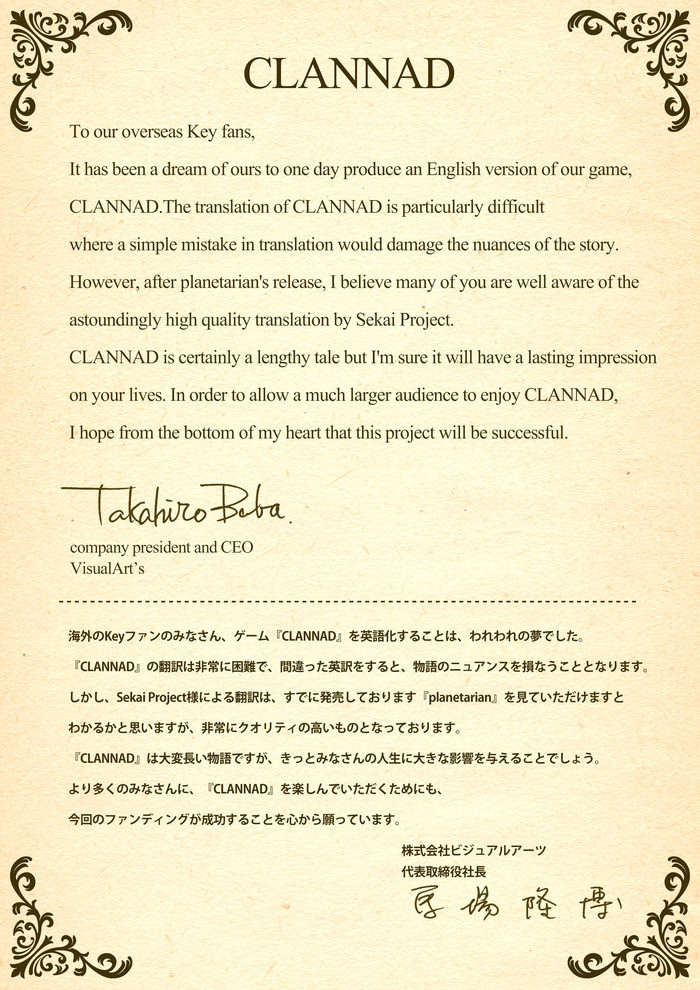