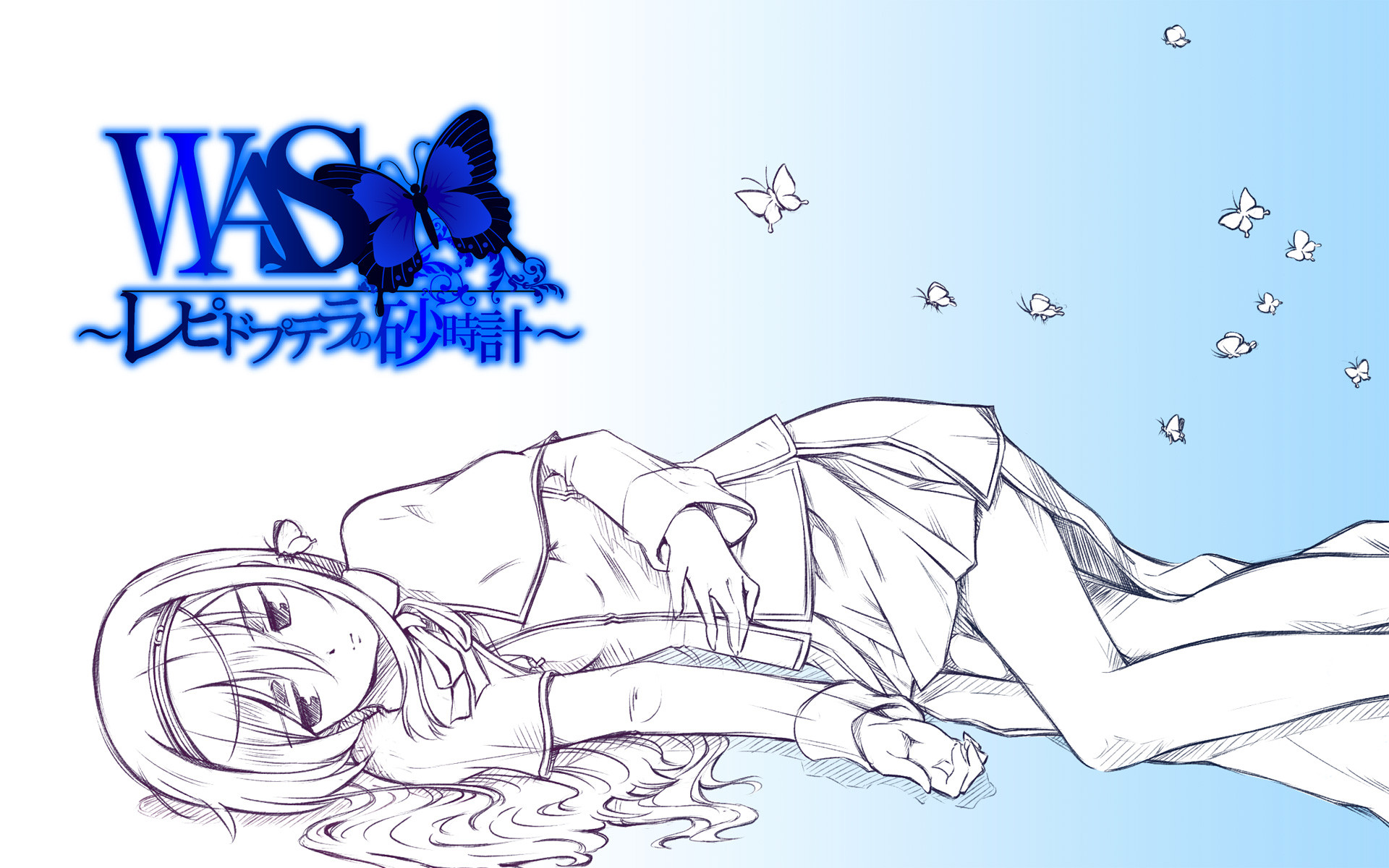 Sekai Project has launched a Kickstarter for S.R.L’s WAS -The Hourglass of Lepidoptera-, a dystopian visual novel set in an alternate post-war Japan.  As an attempt at “content tourism”, it is in part written as an effort to promote the town and prefecture Tottori:

The setting for WAS is my hometown, Tottori. Tottori Prefecture is the least populous in Japan, and its population continues to decline. Within Japan, Tottori is best known for its sand dunes, but Tottori isn’t just a bunch of villages in the middle of a desert.

Originally released August 2014 in Japan, the VN has a 1280×720 resolution and is partially voiced (during “event” scenes only). Voice licensing being what it is in Japan, the contract will have to be changed to one allowing for foreign release for the English version to retain them. While the (already reached) funding goal for just bringing the novel over is $10,000, there are also stretch goals for re-licensing the partial voicing ($30,000), and buying additional voice-work to fully voice the novel bar the protagonist ($46,000).

The keyword for this game is dystopia. The game is set in Post-War Japan, yet this Japan is unfamiliar and strange compared to the one we know from history. Journey with the characters as they meet new people and encounter high drama that will forever change them and uncover the mysteries of the world they inhabit.

In this dystopian world, nothing is what it seems. Though the character seem to be in a land of peace and plenty, we quickly discover that nothing could be further away from the truth. Though WAS might appear to be a bishoujo game, we wish to present a brand-new interpretation of the concept.

A demo was released just as I was finishing the piece up. Voices are removed and it’s a bit shorter than the Japanese one, but hey. Demoooo~