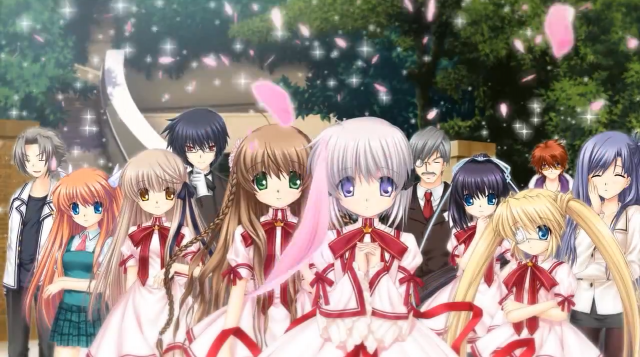 Ixrec, head of Amaterasu Translations who have translated Rewrite and a host of other high-profile VNs, has begun translating Rewrite‘s all-ages fandisc Rewrite Harvest festa!.

Harvest festa contains a mix of after stories (Kotori, partly Chihaya) and alternate universe stories (Akane, Kagari, Lucia, Shizuru). It also has a fairly involved dungeon crawler minigame called Rewrite Quest. The after stories are quite short, with the minigame potentially taking up as much as, or more than half of the playtime in total.

Having read Rewrite myself, I’m fairly excited for this – especially due to the ending of a certain route in Rewrite proper. That said, it’s only just started (formally on the 1st of October), so you’ll have to wait a bit.