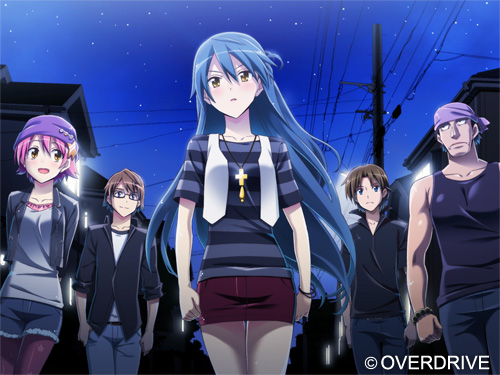 There are already some points of contact with the story of Kira☆Kira in DEARDROPS, where you actually meet the now-successful singer Kirari, the “main girl” from the previous VN. It only makes sense to make a delicious crossover, does it not? For the Kira☆Kira part, the fandisc seems follow the usual combined-routes-no-girl-picked. The ending picked for DEARDROPS seems close to Riho’s ending.

The plot is basically this: Shoichi has been away from DEARDROPS for three years playing the violin in Germany. Called the “violin prince” prior to getting kicked out of his orchestra at the start of DEARDROPS, he’s now an even better violinist. Riho randomly sees him and Kirari performing together abroad on TV, and when she sees how much Shoichi is enjoying it, she feels this urge… and wonders if she could do better than Kirari. Due to plot, she actually gets the opportunity to face her – but who will win?

Well presumably none of them, this kind of story doesn’t usually work out that way.