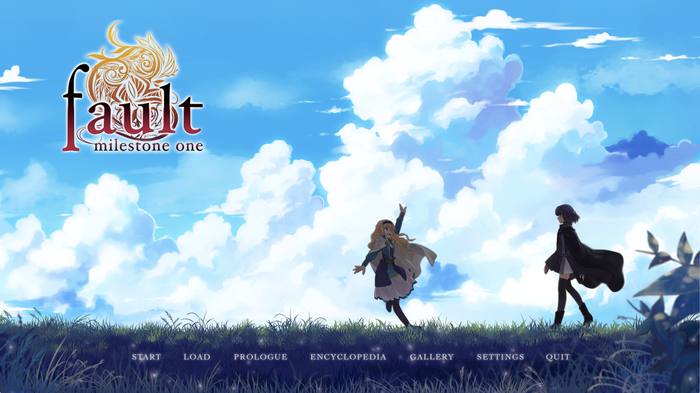 On June 18, Sekai Project launched a kickstarter for a translation of fault milestone one -director’s cut-. Right now, the campaign is almost funded at $4,713/$5,000.

The novel was created by ALICE IN DISSONANCE, a Japanese doujin circle formed in 2011 aiming to combine Western storytelling with anime-style art. fault -milestone one- was released to the Japanese audience in 12-08-2013 as the first part of an episodic series; only the first episode can be bought at this time.

A short summary of the VN’s storyline by Sekai Project:

Arguably this merely substitutes Eastern clichés for Western ones, but it should still be somewhat of a breath of fresh air. I’m also not unsympathetic to the argument that execution matters more than originality.

I’ll also mention that the VN seems to not be for the (very?) faint of heart, given the somewhat bloody nature of this CG.