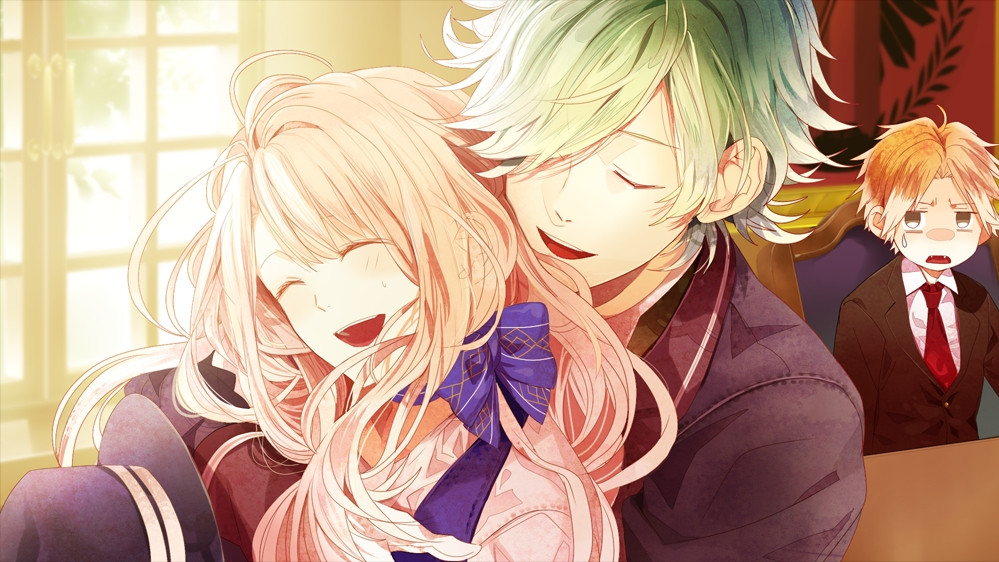 On 27 June, the creator of the female-oriented visual novel OZMAFIA!!, Poni-Pachet, announced that an English localization of the title was in the works.

Thank you for your many inquiries and requests.
We have finally decided to sell a localized version of “OZMAFIA!!”.
We are now hard at work making an English version.
Please await further messages for details
such as method and time of sale.

Thank you for your message to us.
I could not reply to every one. sorry.
I worried a lot about whether to make a localized version.
This is because I have repeatedly seen how our data is used publicly in unbelievable ways, such as illegal uploads, in illustrations or in music.
However, I have also seen people who censure illegal uploads raise their voices in order to stop this practice.
It is precisely this what gave me the push that I needed to make this localized version.
Thank you to all of you who believed in my words and waited for a long time.
I hope you will be pleased with this news!

It’s a bit meh to see them talk about illegal uploads this way given current market realities in both the West and Japan (I wonder if people will ever stop being surprised…), but it’s nice to see a Japanese company listen to fans in this way. Now, I’m not saying releasing anything without a decent expectation of profits is to be expected. I’m just saying that the number of people pirating your work doesn’t really matter, as long as you get enough sales. Ah well, soapbox time over – feel free to argue with me in the comments.

MangaGamer’s head of PR, Kouryuu, recently said that MG would be announcing multiple titles that will “appeal to female visual novel fans” at AX. This might be one of them.