I’m here to say that the fan translation of Toushin Toshi 2 is now complete! 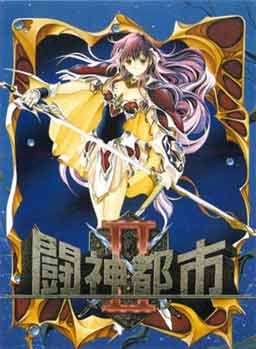 So, you may be wondering what is Toushin Toshi.

Toushin Toshi II is a dungeon crawling RPG by Alicesoft. It is considered one of the classics of the Eroge RPG genre and despite showing its age, still holds pretty high scores on review sites.

Toushin Toshi II was translated by Arunaru and the translation was released the 17th of october 2013. Several elements from Toushin Toshi II’s Alice’s Mansion have remained untranslated, such as the roughly 4000 line story called Dangerous Festival, which is not related to the actual game in any way.

The game was made legally free by Alicesoft and is now completely translated. You can get it here: http://www.mediafire.com/download/gc0w2j0sg06syru/Toushin+Toshi+II+-+English.zip

I hope you all have fun with this release~