cj_iwakura’s team has been working on Ougon Musou Kyoku/Golden Reverie the tag-team Umineko fighting game, yesterday they posted on their blog that scripts are 100% translated! [See this blog post] They are very VERY close to release. They’ve only got to fix line breaks, some graphic updates and testing. 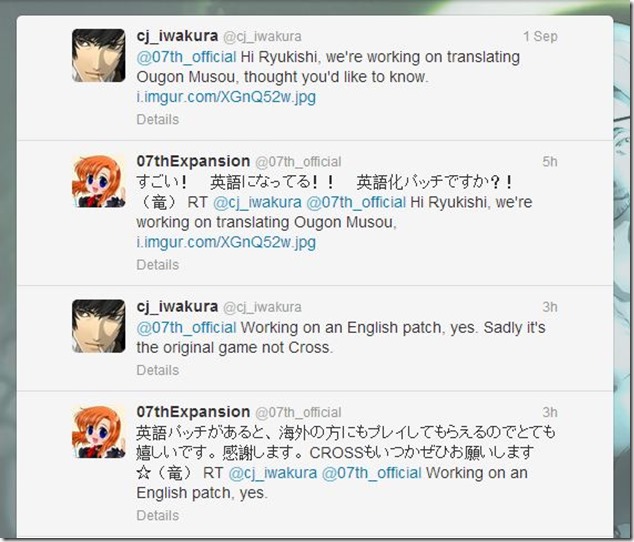 Btw Cross is referring to Ougon Musou Kyoku CROSS, sequel to the original game which was released at comiket81 in 2011 which adds 7 new playable characters I believe?