JAST posted an update on the 31st of July on the unofficial status of their projects here: [jastusa.com/forums/] (thx debono9)

They mentioned on twitter steins;gate will get limited edition and they have plans to put it up on Steam. 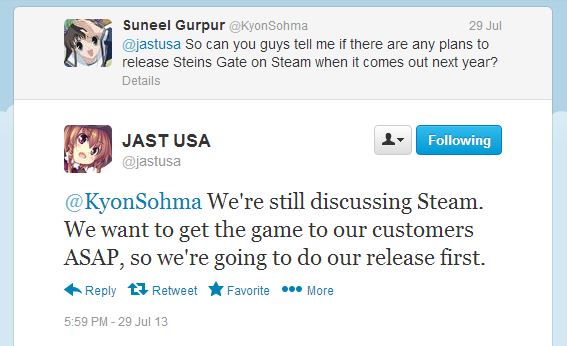 @FOXHOUNDER1014 There will be a package version and a download version, plus a version with extras. The base price is $39.95.

@FOXHOUNDER1014 Preorders will start around the end of August. We will announce the extras at that time.