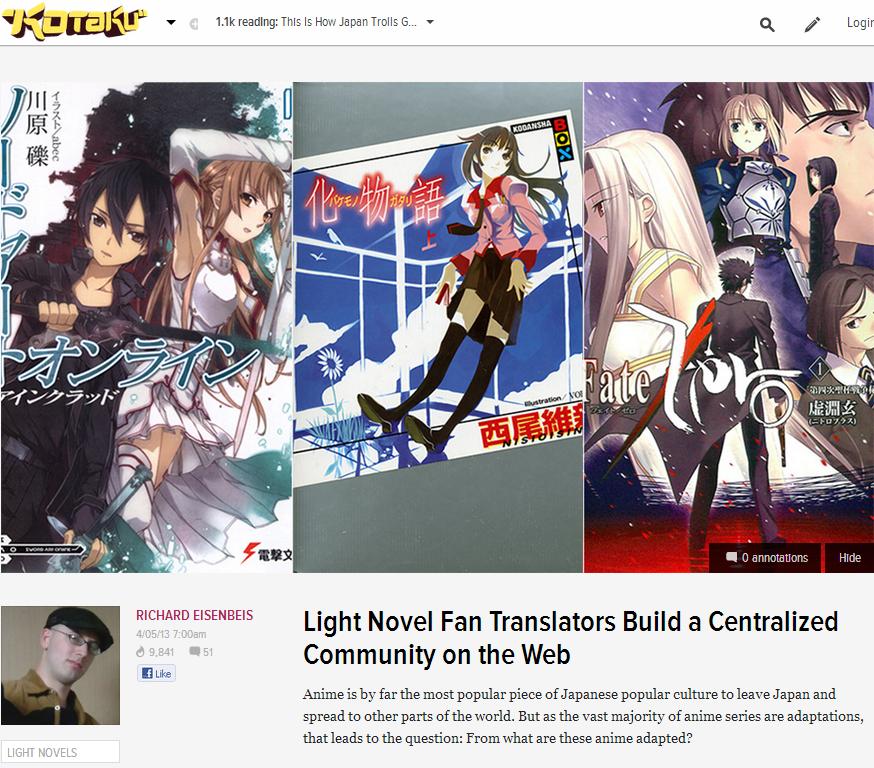 There is an article on kotaku about light novel translators spotlighting Baka-tsuki.org which is very cool. Richard Eisenbeis writes:

“While most anime and manga are regularly released outside of Japan (either legitimately or by fans) comparatively few light novels are put into print in the English-speaking world. Series with popular anime adaptations like Haruhi Suzumiya, Slayers, and Vampire Hunter D have gotten at least partial English language releases of their light novels. But other series, even incredibly popular ones like Sword Art Online, Accel World, and Bakemonogatari, have not been licensed for a Western release.

Thus, as with manga and anime, the task of translating has fallen into the hands of the fans themselves. But unlike manga and anime that have scanlation and fansub groups (respectively) spread seemingly at random across the net, the light novel translating community has largely centered around one point: Baka-tsuki.org.”…

“…The site now sports over fifty different light novel series in various states of completion—and in many languages besides English. Of course, like many manga and anime translation sites, if and when a series is licensed, it is removed from the site.

Despite the dubious legality of this activity, it is nonetheless truly interesting to see how most of these translators have all come together in one place to ensure the light novels they love are translated as efficiently as possible.” [Original Article] 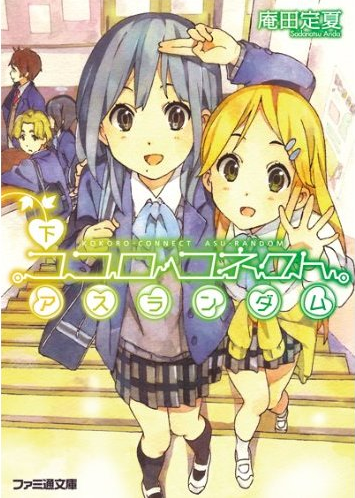 At one point I felt like Mangahelpers.com could have been the baka-tsuki for manga. But manga is in a slightly different situation because online reader sites are plentiful and so the audience is already very strong so you don’t need a centralized location for producers (bcuz the “how do u reach an audience” problem is already solved). Light novels are really one of a kind.