1/2 Summer by Alcot Honeycomb getting ported to PSP by Alchemist [Official Site]. This was yet another game where they didn’t give the imouto a route (basically on purpose now) and people complained, so they put the imouto route in the PSP version. However no ero for the ero-fans. Too bad 😛 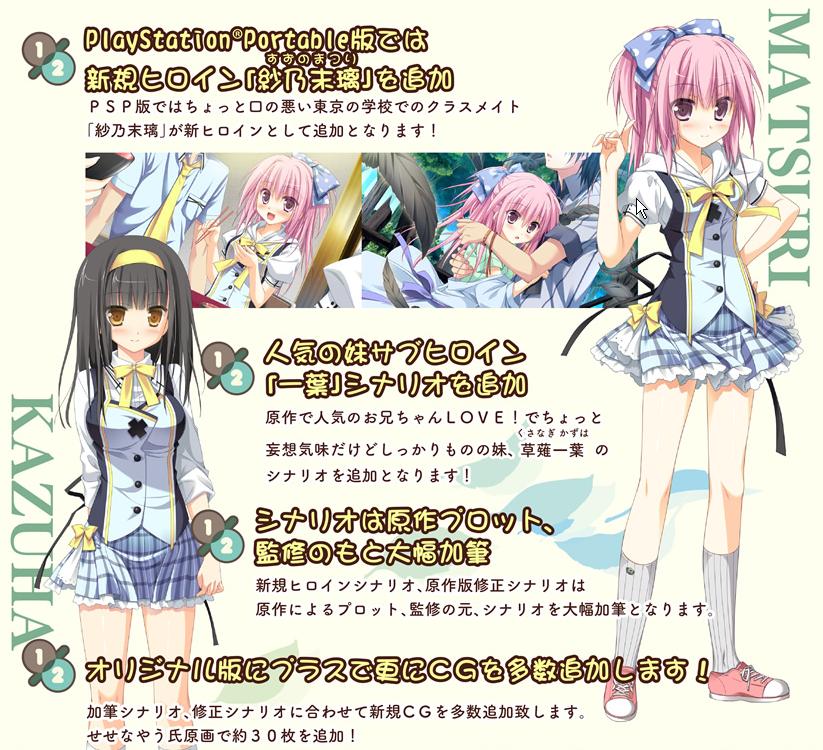 They go far beyond that, they added new heroine Matsuri and increased the scenario length for the original story (so now it’s even more boring to read).

And finally it comes down to what tokuten they’re offering, and they don’t slack in this department either. For the limited edition (7,708 yen – which is only 568 yen more expensive than regular edition btw), they’re doing a ‘slip’, a B2 tapestry (not necessarily using the art on the left), and a 1/2 Summer Vocal CD which has a total of 3 songs on it. That’s actually pretty good.