Memories Off Yubikiri no Kioku (aka Memories Off 7) is the latest instalment in the popular bishoujo-ge series Memories Off which nobody has heard of here in the West. The staff are usually ex-KID people (i.e. Ever17, Remember11, Never7). The game is being ported to PS3 and PS Vita, originally it was released for the Xbox360 due to Microsoft subsidies.

I’ve kinda already bought the game on PSP but.….. but a Chinatsu daki would be nice too >.<  The PS3 & PS Vita version will have 2.5x the content in the mini-dating game ふたりの風流庵 (a separate disc that came as a bonus for limited edition purchasers), new opening video and ‘Photo Mode’. 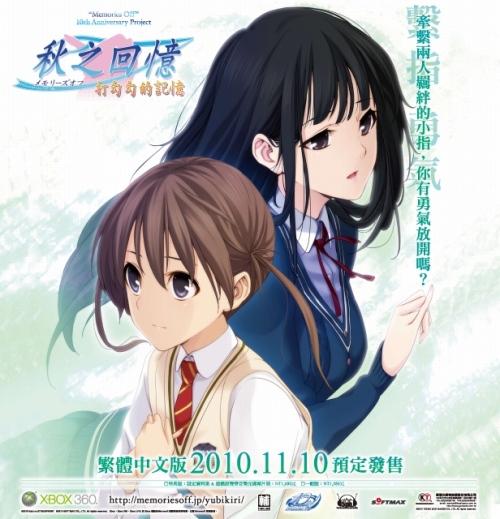 By the way, this game is out in Taiwan. Actually I think all of the memories off has been localized in Taiwan.