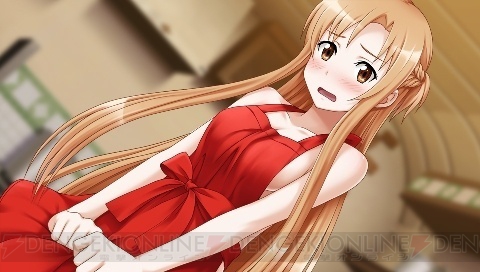 Dengeki News just published an interview with the seiyuu for Asuna, Tomatsu Haruka.

Interviewer: How do you feel as the seiyuu seeing Kirito flirt around with so many girls?
Haruka: In the anime, Kirito is really indecisive when it comes to the other girls. I felt a bit ‘off’ with the way he acts. In the anime he would go out alone with another girl, go on dates and stuff. And in the game this happens even more so! (laugh)
In the anime Asuna doesn’t get jealous very often. But in the game there is WAY more of those (yakimochi) scenes. Also lots of scenes where she mistakes Kirito making out with other girls, “What on earth are you two doing?!” (laugh).

Interviewer: In the game, the player can choose an ending with the various heroines in Sword Art Online. What do you think is Asuna’s greatest charm points to make Kirito turn to her?
Haruka: Cooking.

Interviewer: Do we get to see a new side of Asuna in the game?
Haruka: There are certainly jealousy scenes, and many scenes where she feels mature, but the game made me think, “She really is just a 17 year old girl.” There are times when she’s just childish, but of course she is really cool when she’s in fights (laugh)…. when in offline mode, Asuna acts really girlish and cute.

Interviewer: As the seiyuu of Asuna, who do you think is her biggest rival?
Haruka: Lisbeth. (reason: she’s the only one that isn’t treated by Kirito like a family member) 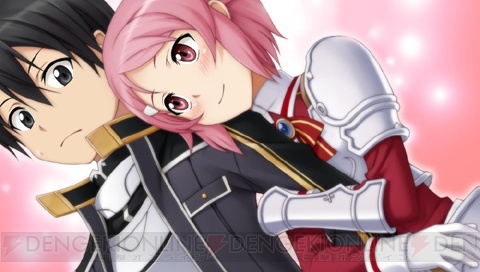