Hey the Annot Player that I’ve posted about before by Jichi, has been rewritten in Python & Javascript and is now called Visual Novel Reader with its focus entirely on subbing visual novels. The previous program which was just annot player, originally its primary function was to allow niconicodouga-like comments on videos. But because it was trying to fulfill a dual-role, Jichi decided to split them into two.

Visual Novel Reader (VNR) is much much more user-intuitive now! I think it has reached a point where even a passersby can pick it up and work with it, (except I wish the buttons especially the arrow to bring up the menu was easier to click [had a larger clicking-detection radius]). Jichi has put a huge amount of work on this, I know it first hand because everytime I fire the program up, it changes.

Zky has done a youtube video showing how it works: 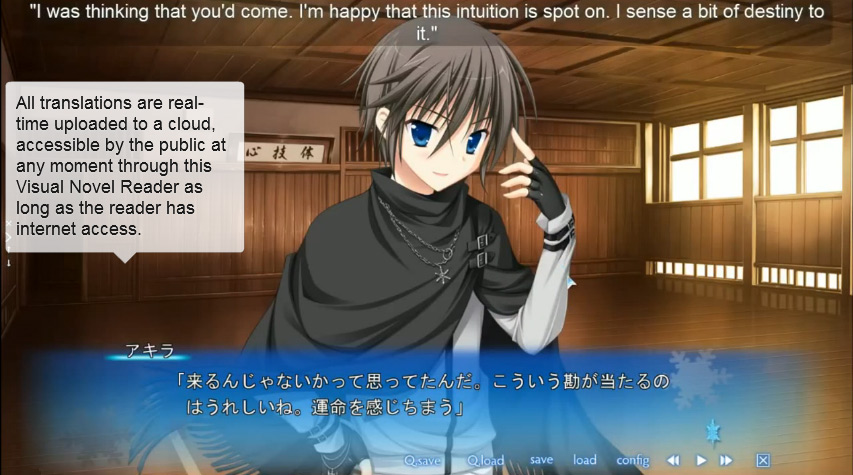 There’s an input text field just underneath the game window. You just type in your translation when you reach a line in the game, press Shift+Enter, and it will record it into the cloud for all to see. 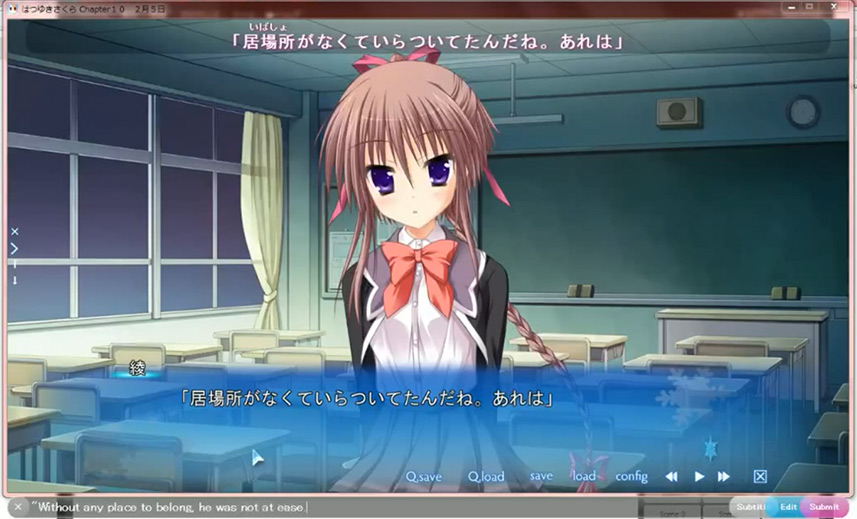 There’s also an Edit mode that lets you go through previously inserted lines and modify them. (Actually you don’t directly modify anything, and you cannot delete the translator’s lines. You can only ‘Improve’ it, which is really just generating a new line and hiding the old one.) 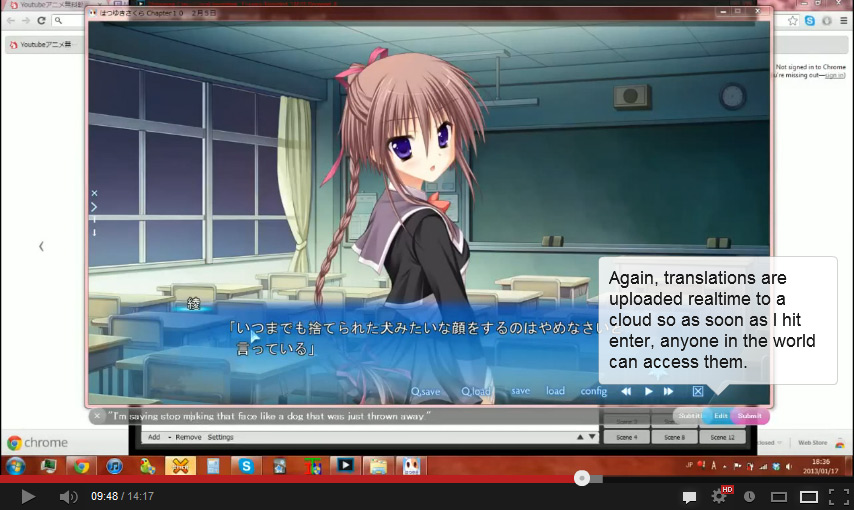 And here is the full video:
There is a lot more to say about this program… but I will do a more comprehensive write-up when I’ve figured out how to write it. Btw it uses ITH 3.0 game-hooking mechanism so you can’t have that program running at the same time as this. The only major drawback so far is that the translated text hovers over all of your desktop windows (splattering it over your browser for example) unless you specifically minimize the game.