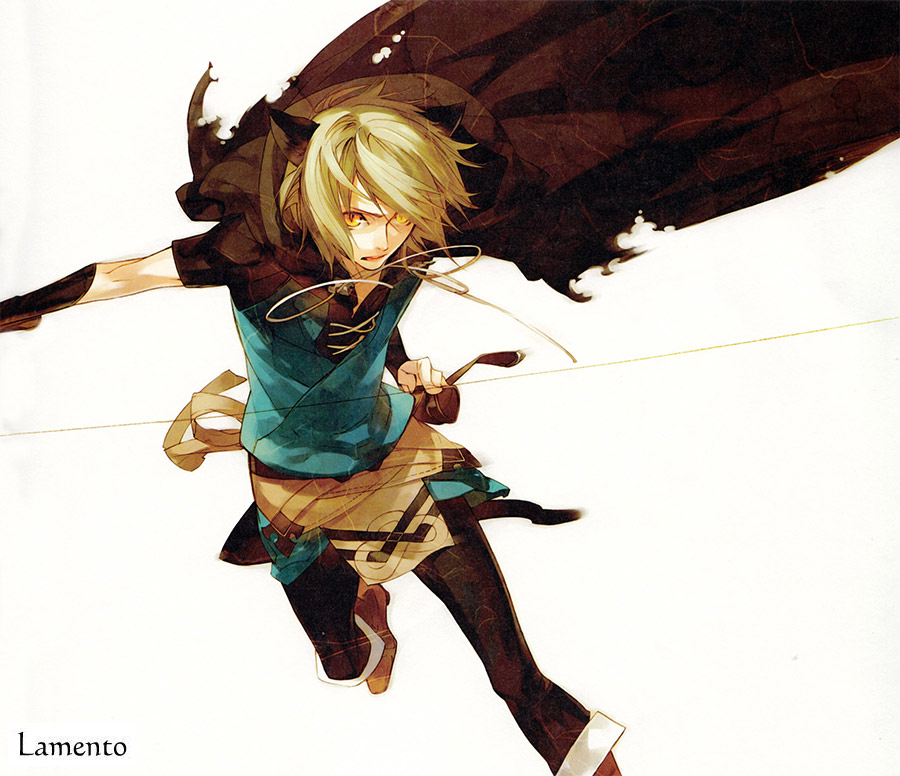 Lamento is a 2006 boy’s love game created by Nitro+Chiral. This particular translation project is helmed by Koinz, Klal and Berugii. There was actually a TLWiki page for Lamento that started way back in 2009, It must have changed hands a few times but currently the people at Aarinfantasy.com look after it. You can see some screenshots here on the Fuwan page. I’ll keep an eye out for updates as well. Here is what koinz999 says in the last update, it’s a bit complicated so I simplify by just saying it’s about 50% done overall:

Now then, here’s the big update:
155 scripts in total for Lamento.
Starting with the end of the first 15% patch, there are 127 files.
(49 common, 76 individual character scenes)
70 to play Asato’s route
80 to play Rai’s route.
25 files in all, so 74 to play Bardo’s route.
We are going to release the game in full, when every single route is 100% playable in English.

Third Stage: Proofreading (won’t post any numbers for this one. Can mean when Berugi beta reads Asato’s indv. Scenes, Klal checks over the combined files, or when I lookover the Rai scenes).

Fourth Stage: Wordwrapping
Files are deemed playable after the first three stages. There are still 6 files (after 15% patch) playable. (Files may go ahead and be posted in next stage when wordwrapping is done as final step)

Fifth Stage: Ready -Files have all of the above, and have been final proofread (by any member, or even 2) and tested in-game. (Since any type of edit may possibly ruin some wordwrapping, this is the stage after another proofread when the fourth stage is complete).
10/155. (Crossed off in Dropbox)

A few other notes.
The common route files usually have all three character route parts in them in some form. Tend to either be equal in length for all three characters or include a really long Rai part (sorry klal!) and tinier bits for Asato and Bardo.
Asato’s route is currently on hold so I can combine more of the common route. Klal is currently inserting Rai text. Berugi is currently going over her script for Asato and will start beta-reading afterwards (translation check, proofing).
As for the chapters mentioned by klal, for Asato’s route, 20/26 are inserted for common route only, but 20/26 are inserted for both common route and Rai’s individual scenes. And of course, Bardo is only 20/26 for common route since none of his specific scenes are copied in yet.

Best of luck to the Lamento team. (They also have a Dramatical Murder team and a Hadaka Shitsuji team and a Sweet Pool team btw.)