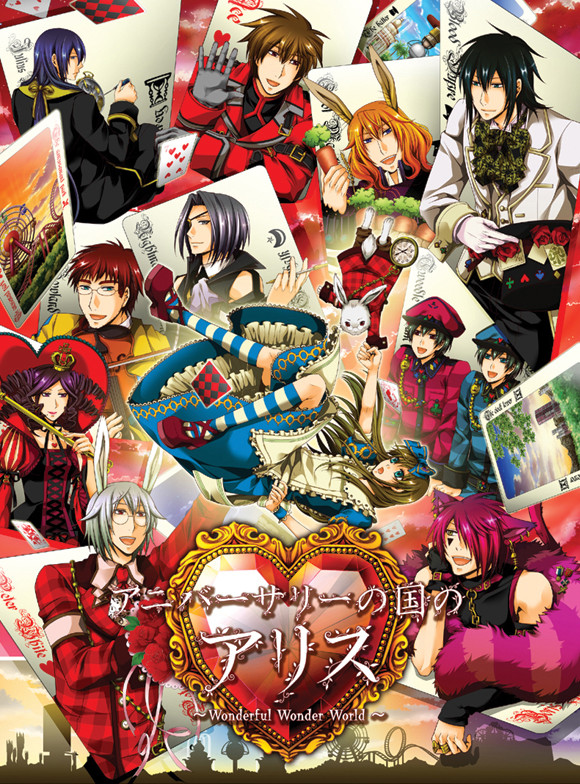 Great news for otome game lovers, there is an Anniversary no Kuni no Alice translation project! (previously located at baka-tsuki.org) currently sitting at 19% translated and 4% edited. This is a rare thing because there aren’t that many projects for girl-oriented VNs versus the boy-oriented VNs. That’s why it makes me extra happy to see this now on its way.

Anniversary no Kuni no Alice is a remake of the original Heart no Kuni no Alice but with redrawn CGs and double the amount of content. It has new events, new route for every character, I’m not sure how the game works but the number of turns has been decreased to 2/3 of the original which means more frequent happenings. Also new voice work and some areas of the scripts have been rewritten or feature new additions. 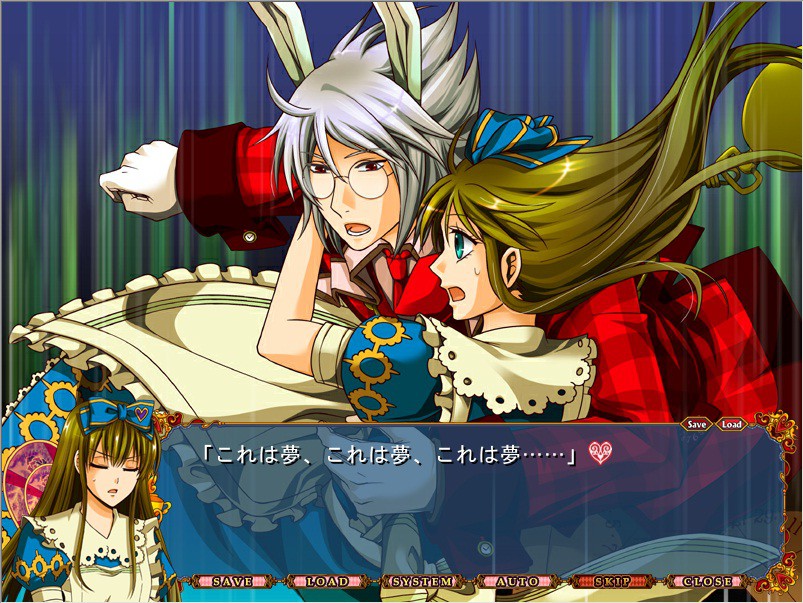 Actually the original Heart no Kuni no Alice has mostly been translated at this site, (heartkuni.wordpress.com) but Anniversary has more lines and some lines have been changed so you can’t transpose them over 1:1 (Although you can still copy a lot).

Stellarroze is looking for a hacker to help patch the game with the English scripts.

Stellarroze: I’m looking for a hacker to help us patch Anniversary no Kuni no Alice. I was able to dump all the files, but that’s about it…  Regarding the game engine, all I know is that it uses the KiriKiri or KiriKiri2 engine.

Please send your help to Baka-tsuki thread, or tweet to @Stellar_roze.

“When Anniversary is finished, we’ll probably move onto the other games in the series.”