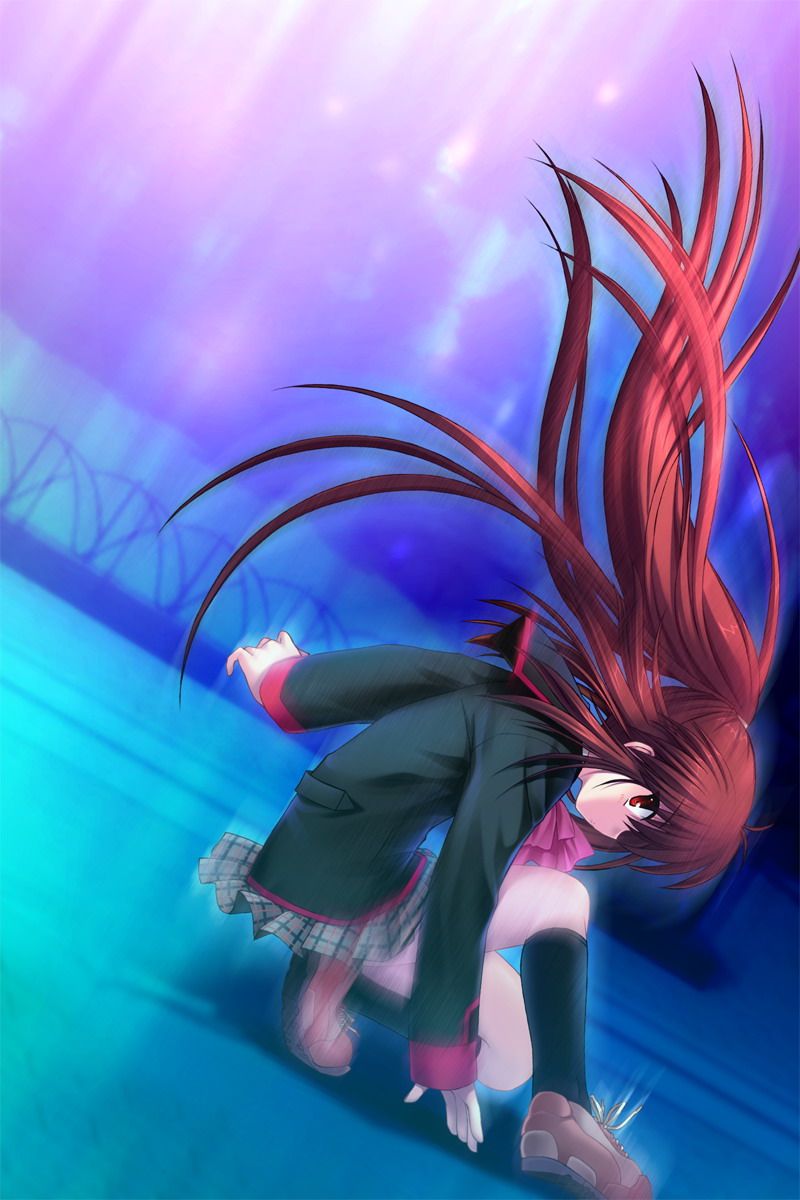 This review was copy and paste from organizationasg.kokidokom.net
You can get the game here: http://fuwanovel.org/novels/21

Awesomecurry:
”In anticipation of the upcoming anime adaptation, here’s my review for Key’s friendship-themed visual novel. It stars Naoe Riki, a boy who lost his parents when he was young. In his moments of darkness, a group of four friends who called themselves the Little Busters invited him to play with them, allowing him to slowly get over his loss. The five of them have been together ever since, and in Riki’s second year of high school, their leader, Natsume Kyousuke, decides that they need to do something while still in their youthful high school days. He decides to form a baseball team to play a match, because hey, what screams “JAPANESE YOUTH” more than friendship and baseball? 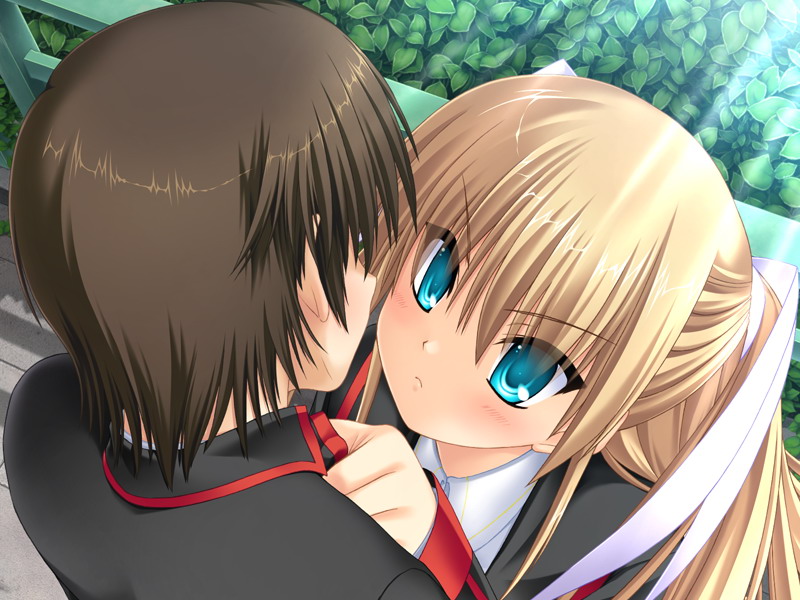 Of course, if you’ve played any of Key’s visual novels or watched any of the anime adaptations before, then you would realize that there is more to their stories than the slice-of-life that the synopsis suggests. At the end of the silliness and youthful romance is an emotional tale that forces the main character to overcome challenges when his seemingly fun life breaks apart and re-evaluates his relationship with those around him.

In the standard edition of Little Busters!, there are six heroines with routes (the EX version adds another three), as well as “Refrain” route that opens up at the end, much like Clannad’s After Story. The visual novel begins with an enjoyable and comedic common route where the Little Busters meet and recruit various girls into their baseball team in order to play a match. The characters have great chemistry with each other, and have hilarious bantering that’s natural for close friendships. Unlike some visual novels where girls like to form an immediate harem around the hero or seem to show an obvious crush, the common route of Little Busters! is more about friendship than romantic relationships. Not only the girls, but the male characters are quite interesting and well-developed too.

After the baseball business is where the heroine-focused character routes begin, unveiling each girl’s hidden problems and having Riki help them in typical Key fashion. While the common route is strong in light-hearted atmosphere, comedy, and character interactions, the actual heroine routes are of varying qualities. Half of them range from decent to good, but the other half is quite weak. I didn’t particularly care for Komari’s, Kud’s, or Kurugaya’s routes despite liking them as characters. This is due to the visual novel having multiple writers, and the difference in style and quality in each route shows. 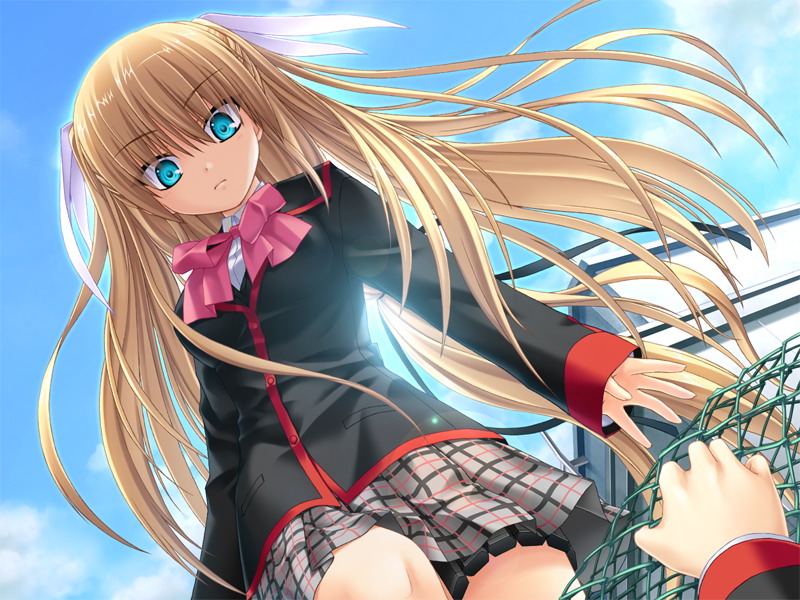 Little Busters! does end off on a high note though, with the emotional and well-written Refrain route by none other than Key’s beloved Maeda Jun. The Refrain route is the best part about the visual novel, and certainly worth reading the rest of the VN for. It offers a much different tone than the common route full of high-school comedy, and brings serious character development for the five main members of the original Little Busters. The Refrain route is where Riki has to learn to become independent from his friends who were always there for him, and where light is shed on the male characters and their hidden depths. The strength of this visual novel is not the romantic relationships with the girls, but the bonds between Riki and his childhood friends. If you are a sucker for friendship-centered stories, this is your visual novel. Refrain does it well and in a not so cheesy way. Prepare for some tissues too, if your tear glands have weak control.

At the end, what can I say? Little Busters! is my favorite Key visual novel out of the ones that I played (it’s an unpopular opinion, but I do like it better than Clannad), so of course I recommend it. If you are a fan of Key’s works, or enjoy tales of friendship, then I strengthen my recommendation. The common route, while funny, is long and most of the heroine routes aren’t anything to write home about, but the Refrain route honestly moved me. The music is calming and fitting, and while the art is not the best compared to most modern visual novels because Key’s main artist isn’t that great (Hinoue Itaru’s eyes and three-quarter views bug the hell out of me), it looks great when put next to Clannad and anything before that, as well as some of the atrocious CGs in Rewrite. Honestly, I’d say the anime art direction is more attractive, but whether the actual adaptation is good or not remains to be seen. 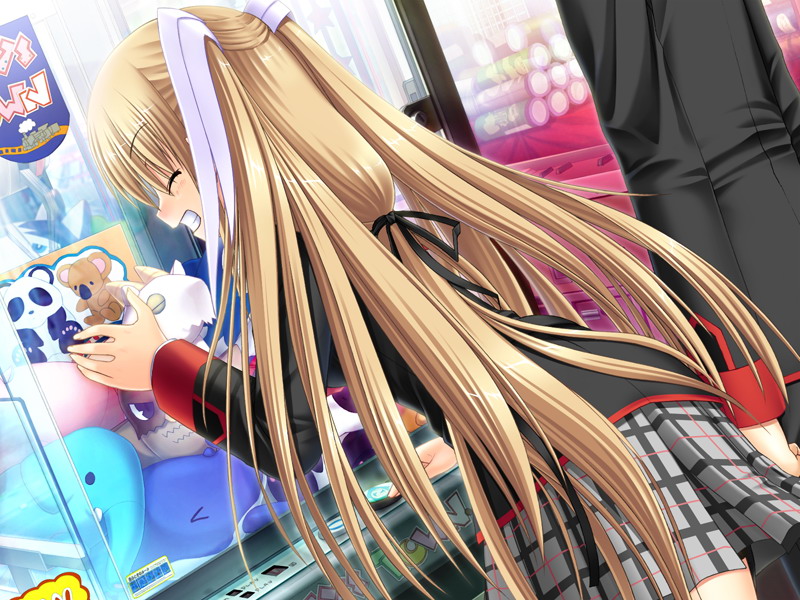