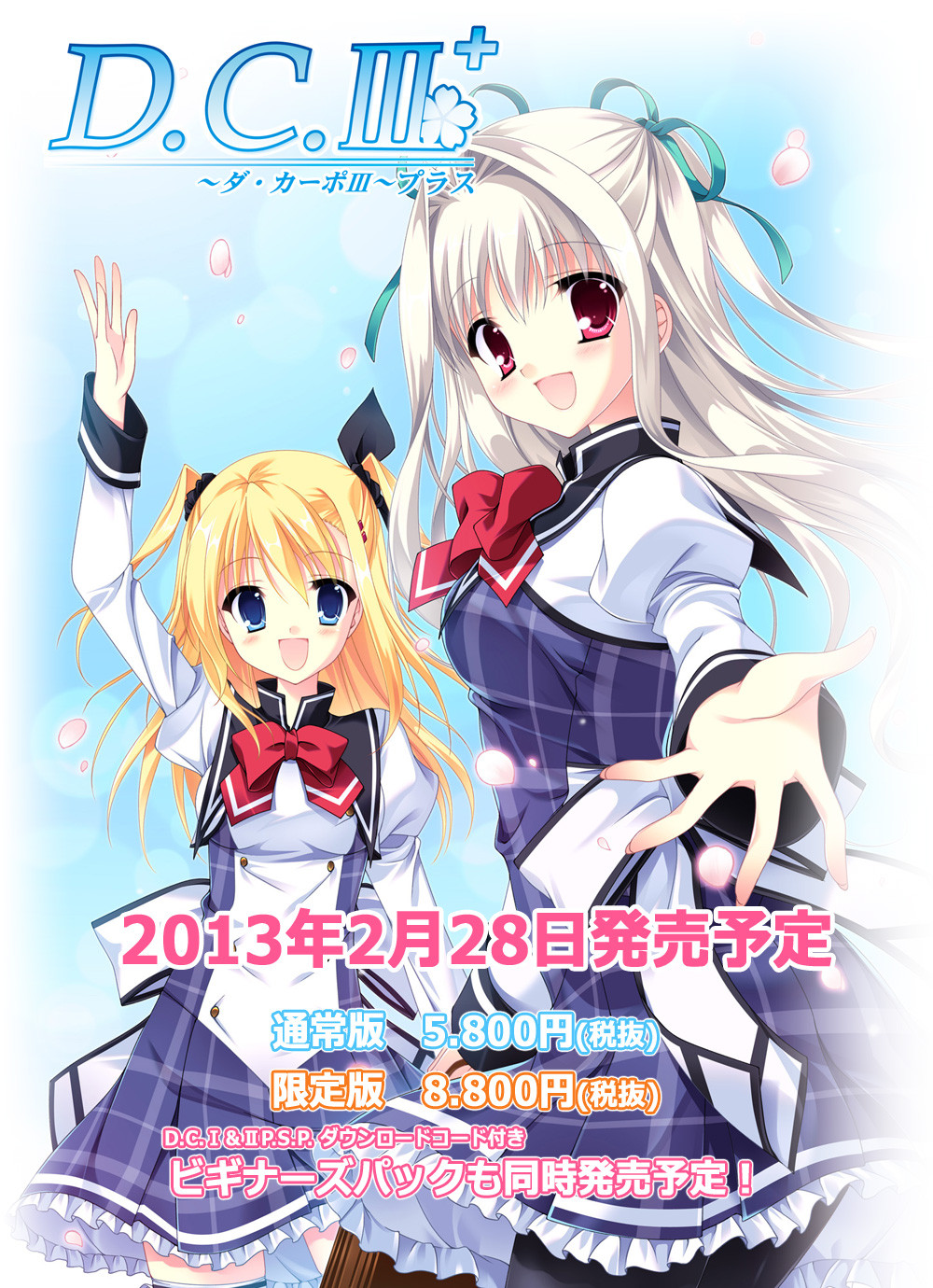 Sorry old news but just because it’s animenewsnetwork.com reporting it..

So I just have to finish (translating) D.C.III before April 26th… btw D.C.III P2 is also an all-ages game.