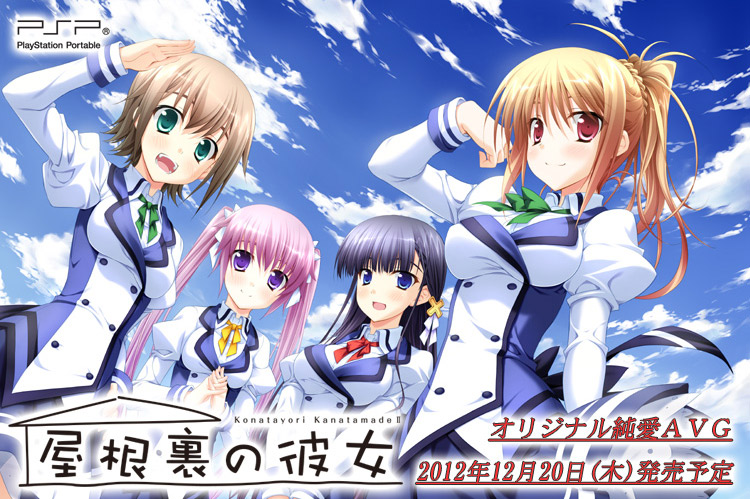 What a risky venture. 屋根裏の彼女 (Yaneura no Kanojo) is a school romance adventure game, an ORIGINAL adventure game for the PSP! (i.e. not a port – it’s original!).
It’s being done by GN Software + F&C + Piacci, long time bishoujo-ge publisher/developer <— Canvas 2 people, the kind of people you have no idea how they have survived until now.

There was a time back in the PS1/PS2 days when original bishoujo-ge was a viable market. A lot of bishoujo-ge got its start on console including the dreamcast. This is way before my time so I hardly know much about it, but when I was browsing the catalog of PS2 games in Akihabara, I noticed the large number of visual novels I had not seen before anywhere else. My favourite is Final Approach 2 (also on the PSP). I wish they would make more like these because they are really really different to the PC games. They’ve got a different ‘mood’.

Anyway this one comes out in December 2012.

Here are some pictures. 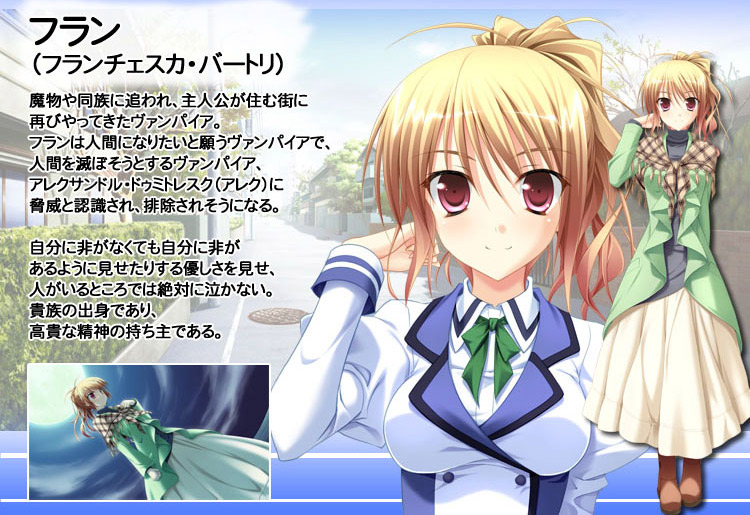 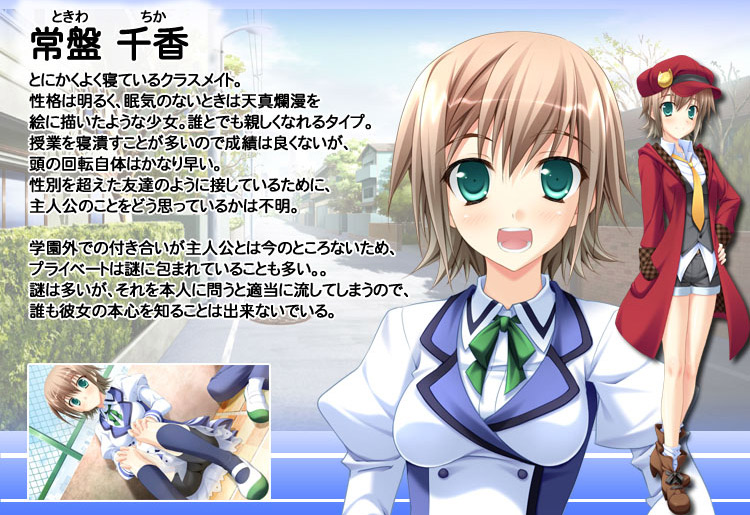 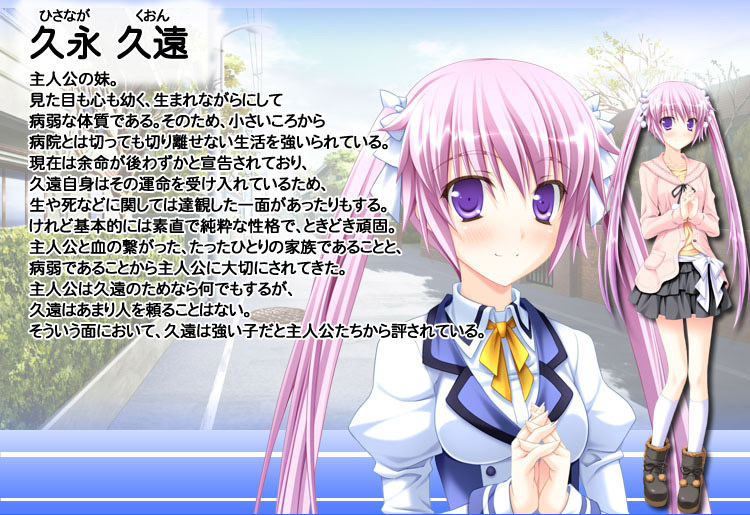 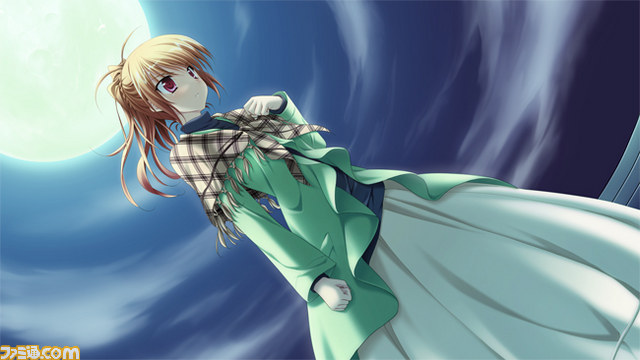 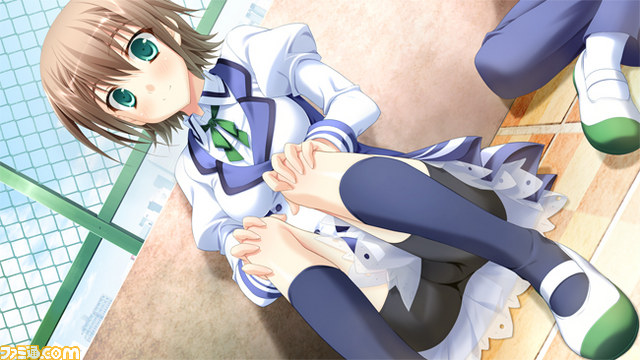 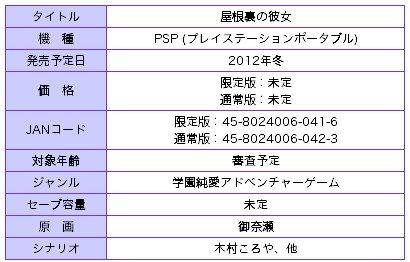