Yukiiro (Nekoneko Soft), dated for a 24/02/12 release has been a particularly noteworthy title for its gorgeous character designs and on the recommendation of Agi-nyan. 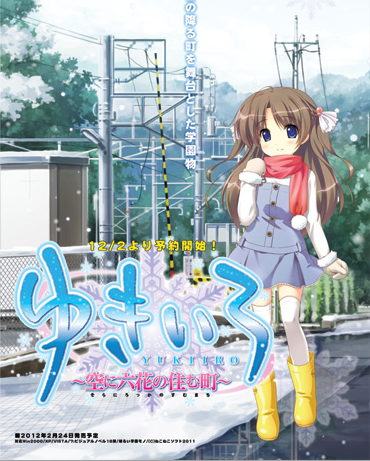 Nekoneko Soft used to be one of the powerhouses of eroge developers during the early 2000s (Sa.na.na.ra, Scarlett).

The writers of Yukiiro are the main and sub authors of Narcissu (fully english translated) while the sub-author solo-wrote Koi de wa Naku (Shangrila Smart) which was a very very strong human piece in my opinion. I think this game has all the potential to become quite a memorable one. 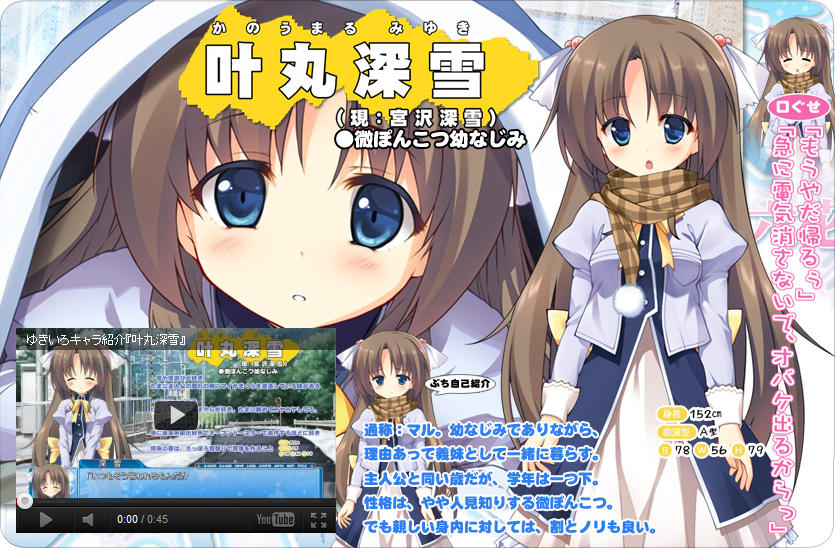 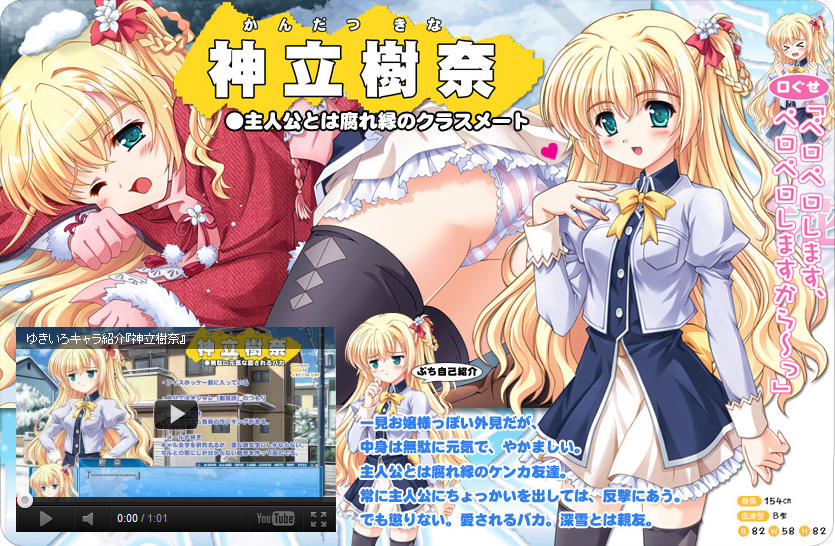 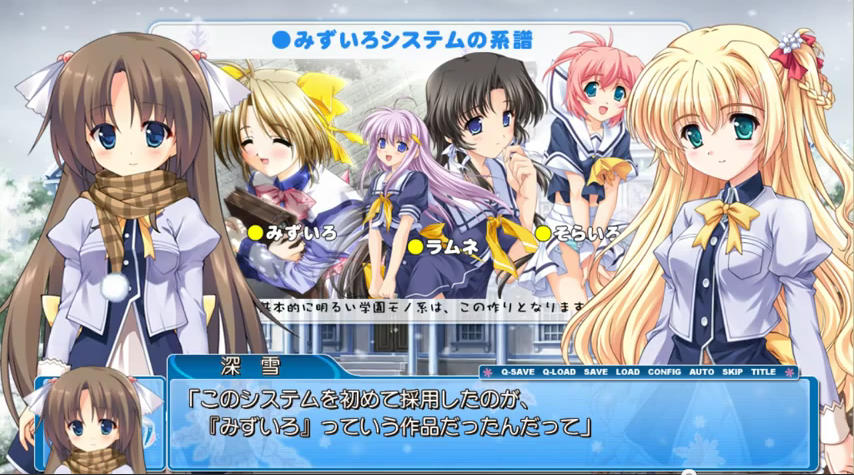 Yukiro uses the Mizuiro system, which basically means that your choices has not just an affect on which route you end up in, but also how you relate to the characters as you grow up.

Game starts when the characters are all in their infancy and progresses stage by stage forwards until you reach the end of high school.

Hopes are running high that this will be the game that will take a studio that has slumped in the past few years back to the top.

Introduction
It’s a city that is adorned by snow. Snow preoccupies the landscape 5 months of a year. Within those months, people’s relationships also changes bit by bit.

As far back as I can remember, everyday of my childhood was fun. But the truth is, even a tiny difference in how I ran my life, perhaps a mismatched button and I would probably not have arrived at the present me at all.

The November of this year will see snow start to fall like every other year. But this year… this year perhaps maybe somehow, something about us will be different…

EDIT: forgot to mention, there is a hadaka patch (tachi-e replaced by naked versions)
See screenshot: